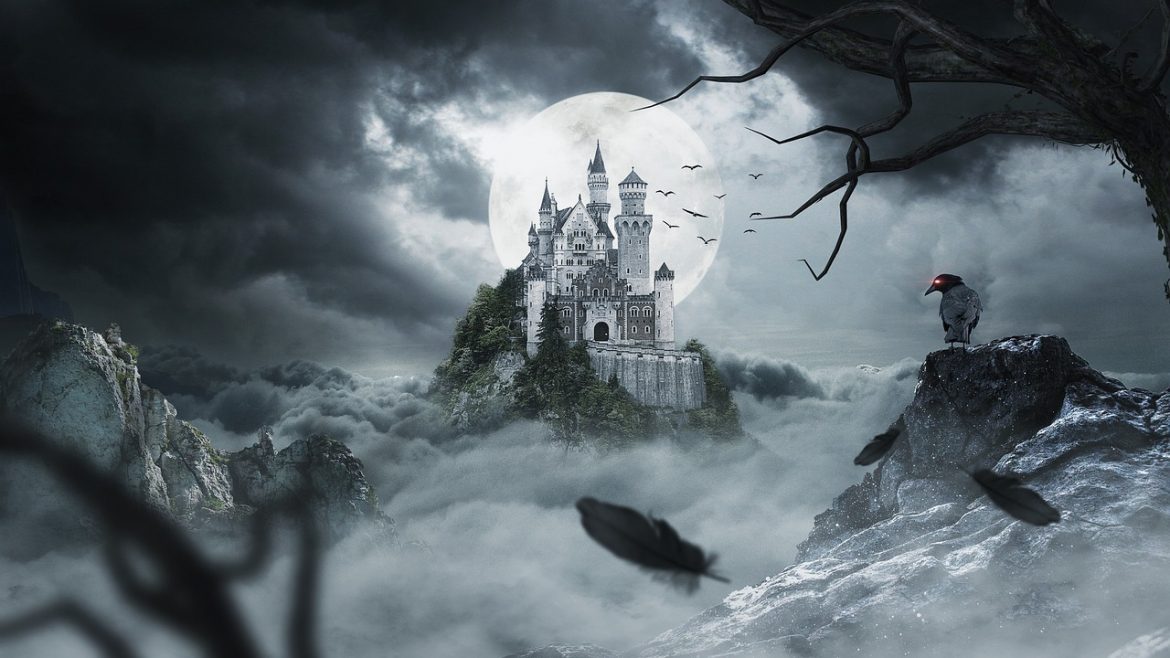 Dan and I have been trying to get in the habit of teasing the next week’s topic in each episode of Wandering DMs, but in this past episode we got so into talking about Gaming Gear that we forgot. Whoops! We did choose a topic though. With the Halloween season looming and my recent efforts around updating Insanity Cards, we thought an episode on horror gaming felt appropriate.

This got me thinking — most of my horror games are set in modern-ish real world settings, though I certainly plug the ability to use Insanity Cards in any RPG, including D&D. Dan has said that he feels like most of his D&D games these days always seem to end up becoming horror games, but I can only think of one time I actually tried to weave horror into a regular D&D game. This was at last year’s HelgaCon, where I ran Citadel of the Severed Hand and tried to lightly incorporate Insanity Cards.

In my post-con notes, I mentioned how the game was kind of dominated by some pretty rowdy players, and I mostly just went with where they wanted to take the game. It’s a decision I don’t regret in the least. Regardless of what my plans may be, I think the game is always going to be better if you let the players steer a little more. My notes tell me that eventually the players “played the game to a satisfying end, though part of me wonders if it wouldn’t have been more fun to push the gas on the insanity cards and force the players into driving the game right off the cliff.“

Now I think I do want to try that. Rather than trying to find an interesting slow-roll meld of D&D and horror, which I do think would be fun for a campaign but is perhaps too slow a progression for a single 4-hour convention game, what if I ran a straight D&D module but ran it like I was running one of my horror games? My goal would be the same goal I state at the start of every horror game I run – to make every player go insane and/or die horribly by the end. That might actually be kind of fun.

As Dan points out, there’s a lot in D&D that if taken seriously is in fact quite horrific. This is why I originally adapted Citadel of the Severed Hand — besides being just about the right size for a convention game, it has some pretty creepy horror elements in it. But of course there are plenty of D&D modules that are written intentionally to be even more on the horror scale, from spooky old school modules like Tegel Manor or House on Hangman’s Hill to pretty much all the splatter-fest modules coming out of Lamentations of the Flame Princess.

In fact, maybe I’ll add that to my list of things to run at TotalCon, since I’m still trying to figure out what to do for that and the deadline for event submission is rapidly approaching. I ran Citadel of the Severed there two years ago, but I have several other horror themed modules I’ve run at other cons:

Well, sometimes blog writing is totally what I need to inspire me and marshal my thoughts. I now have way too many ideas of what to run at TotalCon! If anyone else knows of some good horror-themed modules I should consider please do share. I think I may use my day off today to start submitting stuff to TotalCon.