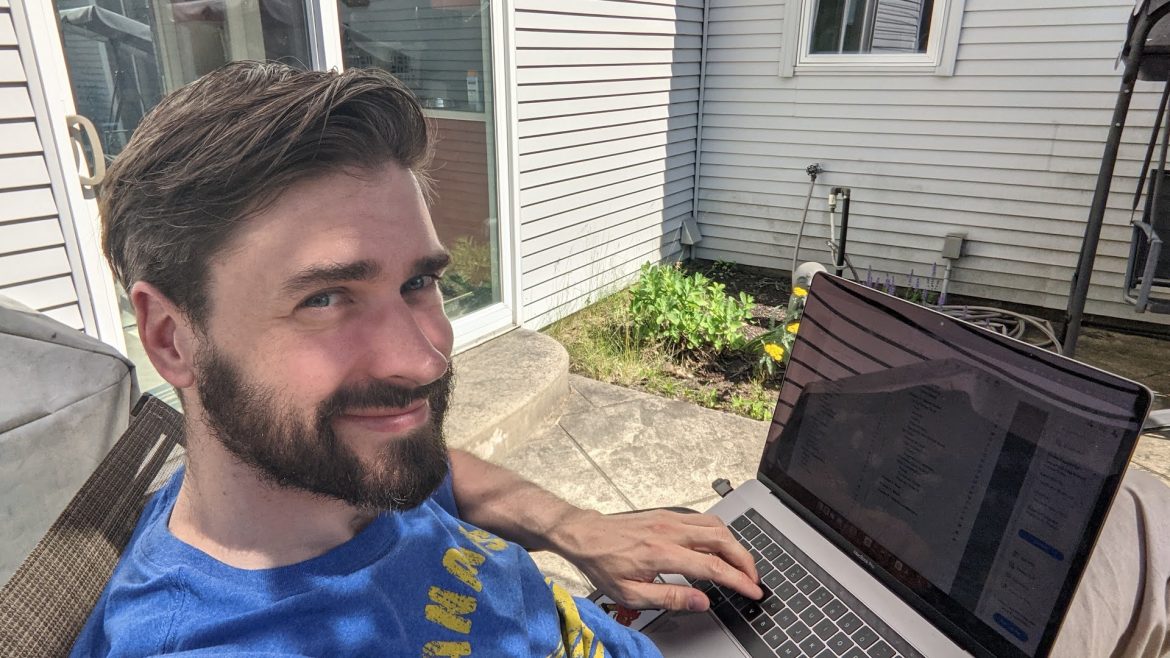 Today I spent a little time sitting out on the patio knocking out the raw text of my new horror game. Man, I really wish I had a name for this thing – I have got to get that hammered down soon for future updates! Anyway, I thought I might share a couple quick pics both as personal motivation and to assure any fans that this is not vapor-ware. As the sun has completely obscured the computer screen in my selfie above, here’s a close-up:

This is just a first draft, my goal is to get all the words in place first so I have some raw material to work with, then worry about edits, layout, and artwork later. I’m at about 32 booklet sized pages right now, and I won’t be surprised if the final work is around double that. Possibly though it’s just my love of B/X pushing me to try and target a 64 page book.

The later chapters – 6, 7, and 8 – are just stubs right now, and I won’t be surprised if another chapter or two sneaks into the final work. Still, right now it feels like the majority of the difficult writing is in place. I also have the cards edited and laid out with some nice new iconography so they’re not just differentiated by color. The text of the cards hasn’t changed very much, but I see this as the most important text to have sensitivity readers look at. I think it’s probably fine, but who knows what unconscious bias I might be suffering from? I figure the more eyeballs I get on the text of the cards themselves the better.

I’ve really had a fire under me to get some progress on this project recently, and I hope I can keep that energy going. Part of that is simply that I’ve just realized my own self-imposed deadline of having something play-testable by my birthday is actually quite close at hand. But also just hearing the Web DM guys talk about their own kickstarter on the recent episode of Wandering DMs has really been inspiring.