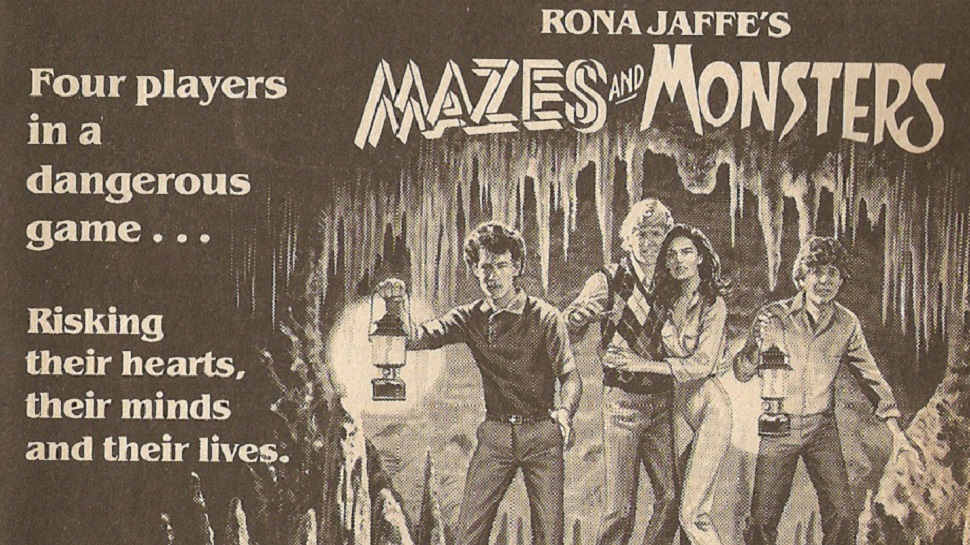 The second horror adventure I wrote was called Mazes and Monsters.  Originally I wanted to title it Dungeons and Dragons, but was worried that would be too confusing in the convention listing — players would think I was running a game of D&D rather than about D&D.  Here’s the listing, and as before, this is your chance to hide from the spoilers, as I’ll get into a lot of plot details below.

The inspiration for this game was a combination of the D&D Cartoon and the James Dallas Egbert case.  I thought, what if a group of teen-agers did get sucked into a magical D&D world, and it turned out to be just as deadly and horrible as when I actually run that game?

As mentioned before I used a method of choosing characters where I give the players extremely limited info.  I set out for each character a tent with the name and a short title, plus one physical prop.  I then had players roll d20s and choose in order from high to low.  Here’s what they had to choose from: 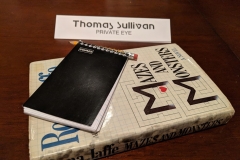 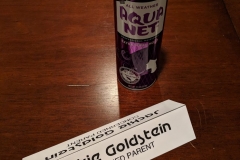 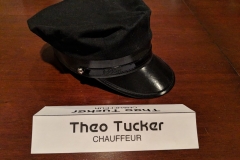 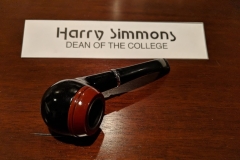 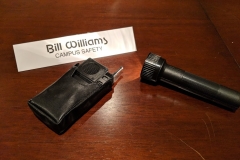 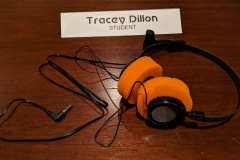 The PCs are all people with a vested interest in locating the missing kids.  They are:

I made the character sheets as little booklets (just a standard page folded in half).  The front had the actual character sheet with stats and skills, the back was a little cheat-sheet on how the insanity cards worked, and the inside was private info.  As well as character background there’s a bullet list of other characters this character knows and what he or she thinks of them.  I made the mistake though of mixing the other actual players with the missing NPC kids, and not every character knows each other in this game, so each booklet ended up with a list of bullets where some were players at the table and others were not.  This proved a point of confusion for some, so in future I may make sure to separate PCs from NPCs in such lists.

In addition I included one more section called “Opening Scene” which described for each character where they are and what their goals are for the first scene of the game.  I orchestrated that opening scene to be one where all the characters collide.  The dean is in his office with the glass-windowed door shut and Tracey is working just outside at the main desk.  In walks two groups: Jackie and Theo have just been over to Eric’s room and gotten no answer, and she’s here to demand that the dean help her find her precious boy.  Thomas arrived on campus and stopped at the campus safety shed where Bill became uncomfortable with the personal questions he was asking about specific students, and so has brought Thomas here for the dean to deal with.  They all collide at that same moment.

This lead to a wonderful beginning to the game, where I just describe the office and the people walking into it, and then say “go”.  The players immediately all start in on each other and it’s wonderfully orchestrated chaos.  It’s really one of my favorite moments of this game.  I run around the table like a mad-man fielding questions like “can I get class schedules off the computer?” or “what exactly did we see at Eric’s dorm?”  The players start forming little groups, trading info, and otherwise bouncing their characters off each other.

OK, that’s a lot of words for just the setup and opening scene.  I guess I’ll split this one into multiple posts.  More details on how this one unfolds coming soon.