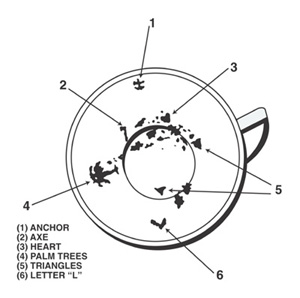 I absolutely adore random tables.  Anything from wandering monsters to what are the goblins doing?, they help inspire the best roleplaying.  Using random tables well is something of an art form – grasp too tightly at the results and you can end up with so much random noise it’s impossible to make any sense, play too loosely and you re-roll so many times that you start to question why you’re bothering with random generation at all.

Some times a random table just delivers the goods so perfectly you think the hand of fate must have been guiding it.  We probably all have a story of that time someone rolled the perfect result that while unexpected fit the situation perfectly or twisted it in just the right way.  Not sure what I’m talking about?  Take a listen to R.A. Salvatore’s famous “Wubba Wubba” story:

Of course it’s not always that spot on, some times we roll a result and are not sure what the heck to do with it.  Or in some cases it creates something that is simply not fun.  I’ve spoken many times of the brilliance of Jeff Rients’ Carousing Tables, but the party can only burn down the inn so many times for it stop being funny and start just feeling stupid.  Where that point is really depends on the group though.  Some groups will find the repeated burning of the local inn hilarious, and little touches like having their drinks delivered with a bucket of sand or finding the innkeeper has conjured a water elemental bouncer are just delightful.  Other players are going to be frustrated having to evacuate the building yet again when they just want to pick up the next adventure lead.

So the only thing to do really is to be prepared to fudge or reinterpret the result.  When using the carousing table I always have my players roll but keep the table behind the screen, and will sometimes adjust their role up or down one if something strikes me as a better result.  I’ve actually had the exact case above where I was just sick of the inn burning to the ground, so I flubbed the roll.  I’ve also re-interpreted the result – I remember one case of getting a result of “join a cult” which I modified a bit to “accidentally made the boss of a small crime organization”.  Cult, crime family — there’s some similarities there, and the latter just fit the character and the situation so much better.  I had a thought recently that using random tables like this is a bit like fortune telling.  Similar to reading tea leaves or tarot cards, though in those cases the random thing generated is extremely abstract, so the reader must interpret the result under the context of the person involved and the questions being asked.

This made me wonder just how much specificity in these tables is necessary.  I mean, the goblins table is delightful because of the crazy specific results.  The whole point of that table is to handle the case of yet another 30×30 room with 2d6 goblins in it.  We’ve all run that encounter dozens of times, so when the thief listens at the door, it’s way nicer to be able to replace “you hear some goblins grumbling about being on guard duty” with “you hear several goblin voices arguing about the line of goblin succession — it sounds like their king may be dead.”

The idea of using something more vague, like tarot cards or rune stones, is very tempting.  I wonder if I could interpret something satisfying from some vague symbols.  If instead of getting a result of “join a strange cult” you got a vague collection of ideas or concepts like “strangers”, “evil”, and “disguise”, could you interpret that into something like joining a cult?  Does the lack of specificity give more opportunity to interpret a fitting result, or will it result in feeling so vague that you just don’t have enough to go on?

It could be that time is a strong factor here.  When telling a fortune, nobody minds if the reader takes some time to gaze over the bones or cards or whatever and spend a good chunk of time figuring out what they mean.  When my players wake up from their drunken revelry they want to know what happened right away.  Having a list of very specific results sitting in front of me makes it pretty easy to quickly riff something together.

Come to think of it, I actually have a couple books of tables on the more vague side of things.  I’m thinking of things like Matt Finch’s Adventure Design Deskbook or the Warhammer FRPG Renegade Crowns book.  The interesting thing about both of these books is that the tables are intended for use at design time rather than game time.  They are tools for the DM to create content prior to play, when time is at an abundance and eager players are not hanging on the forthcoming result.  This is pretty different from the Miscellaneum of Cinder style of tables which are clearly meant to be on hand at the table and spontaneously used on demand.  In these cases, specificity is highly valued, and perhaps the best tactic is to simply pick the best of 2-3 rolls.

Where does that leave us?  I guess sometimes you need a hammer and sometimes you need a screwdriver, and it’s nice to have both on hand and know how and when to use each.  And now I really kind of want to sit down with some geomorphs and Finch’s Adventure Design Deskbook and see what I can create.  Hm, perhaps that will be an interesting activity for the upcoming long weekend.

3 thoughts on “Tables and Tea Leaves”