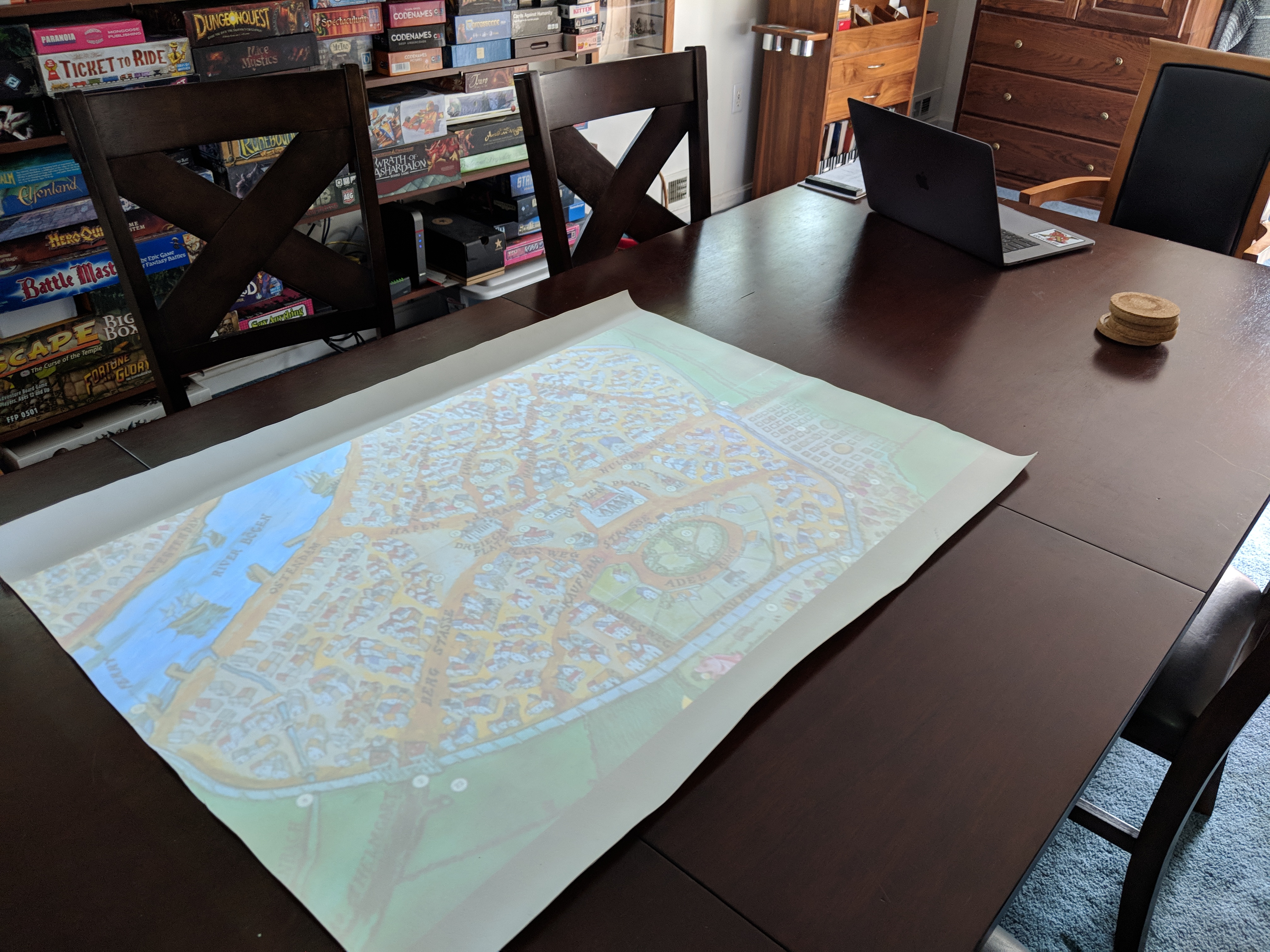 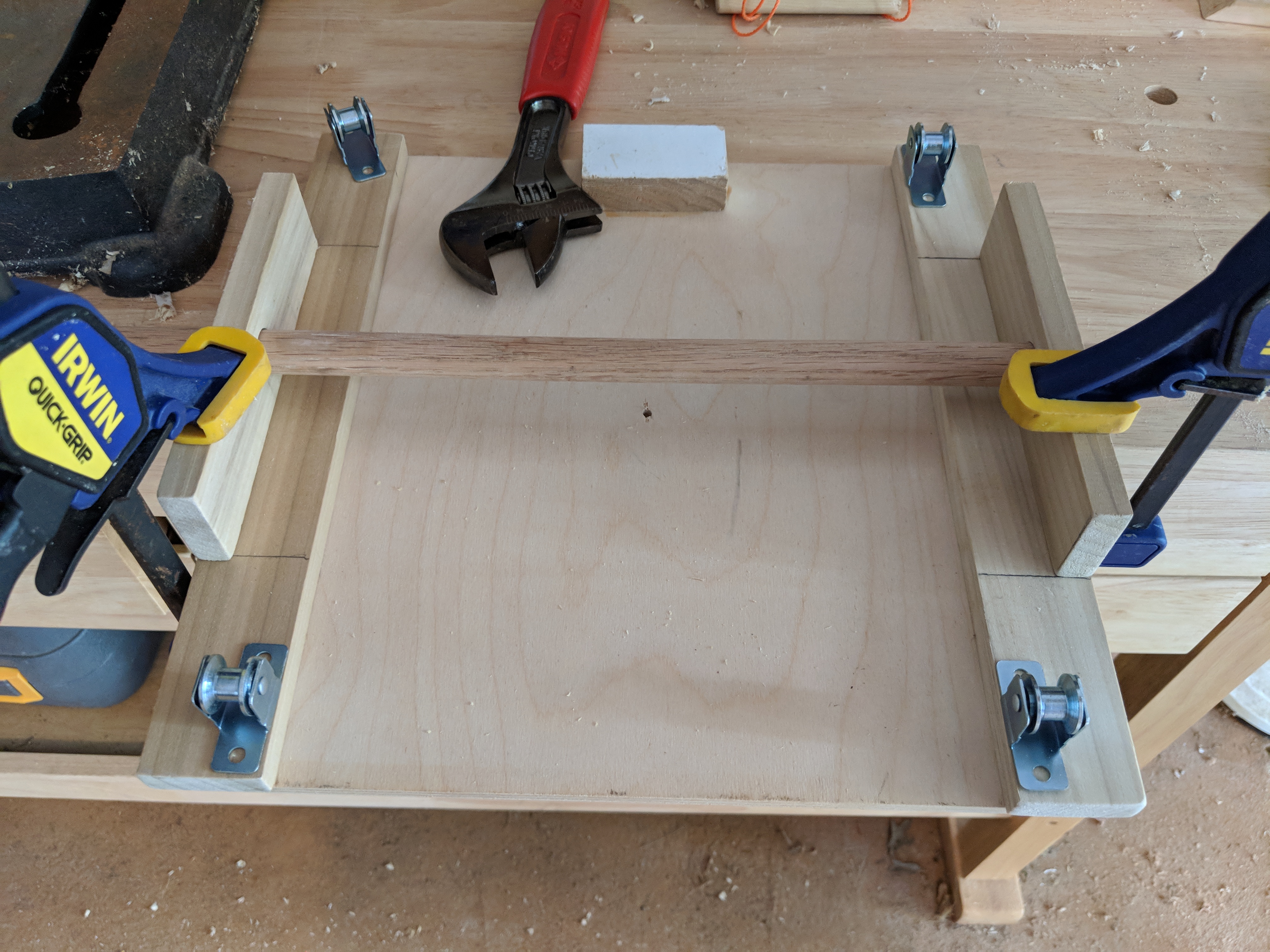 I found these little pulleys on Amazon - I think they're used for curtains - to run the string though instead of screw eyes. I thought they might help reduce the wear on the string. Well, it turns out I the wood of the upper shelf was not thick enough for the screws to hold them in place, so I added a couple strips of wood beneath the axle.