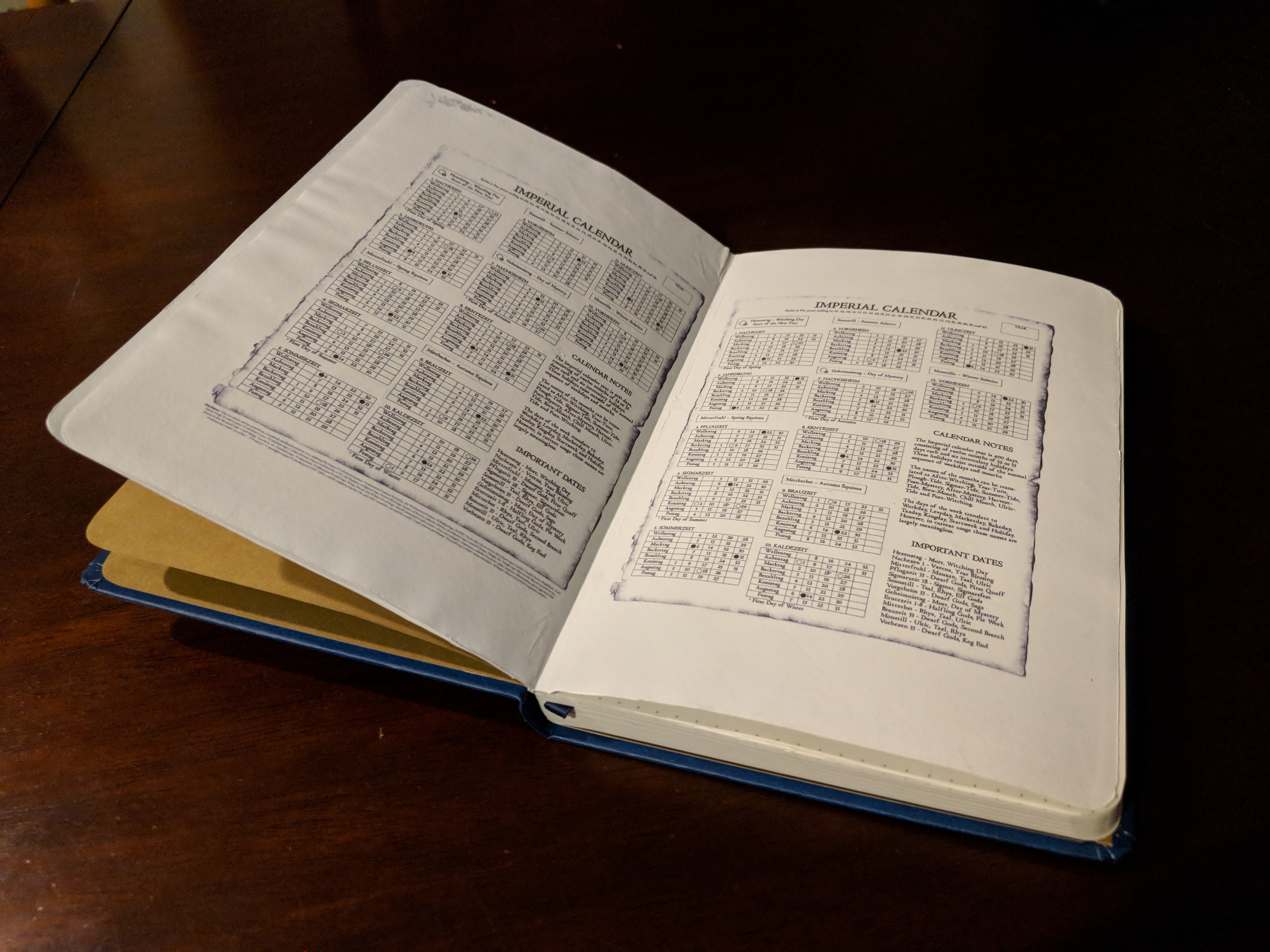 Last Friday we had our second session of Warhammer, and it went very well. As is traditional this time of year we were minus one player due to illness, and a second called in remotely so as not to infect the rest of us. Despite that we had a great time and I’m growing increasingly annoyed at the slow rate of games. I can only imagine how annoying it must be for Jenn, who being the absent sick player last week will not have played now for an entire month.

Growing up gaming was always a weekly activity – there was never any question of playing more or less frequently. I’ve heard tales of kids who grew so addicted to the game that they played multiple sessions per week, but that was not my experience. I don’t think in high school or even college I ever questioned the idea of playing at a different rate, and for some reason Thursday is permanently stuck in my craw as “the day” for gaming.

As an adult I’ve certainly heard of others who play on different schedules, but this game is my first experience running a game that only meets every other week. It is not without its benefits – the off weekend is a good opportunity to just think about the game and make sure I’m prepared, which means I’m very unlikely to show up to a game feeling rushed. That said, mostly I find it infuriating having to wait so long for our next session. It’s a very reasonable compromise to our busy schedules, and I know there are at least two of my players who wouldn’t be able to make it to a weekly game, so I should probably be grateful that the game happens at all. Never-the-less, I am irked there is no game this Friday.

Of course, I have plenty of other gaming to keep my occupied. I have a weekly Sunday game I’m playing in (the Demon Wars game) which is quite fun. I’ve discovered that Sunday evening is actually a pretty good time for a game. I would have thought it would suffer from frequent absenteeism due to its proximity to the weekend, but it turns out that even when folks go away for the weekend they’re usually home in time for the Sunday evening game. It has worked out surprisingly well.

And then there are the conventions. Carnage on the Mountain is coming up very fast, and I really should spend some more time preparing for that. In two weeks I’ll be running a test-run of my Paranoia game, and I’m really glad I was able to throw that together as I’ve never run the new system before in my life. The text makes it out to be highly improvisational, which I’m hoping is true, because I’ve written very little for it. It’s going to either be amazing or a complete disaster.  I’m also running a couple Cthulhu games which I’ve run before so they should go just fine, but I should probably put aside some time to review those notes and make sure I have all the materials ready to go.

Despite all this prep work I really should do for a convention that’s now barely a month away, here I am griping about not getting to play Warhammer this Friday. I’ve hears some folks play even less frequently — I can’t even imagine having to wait once a month for a game.