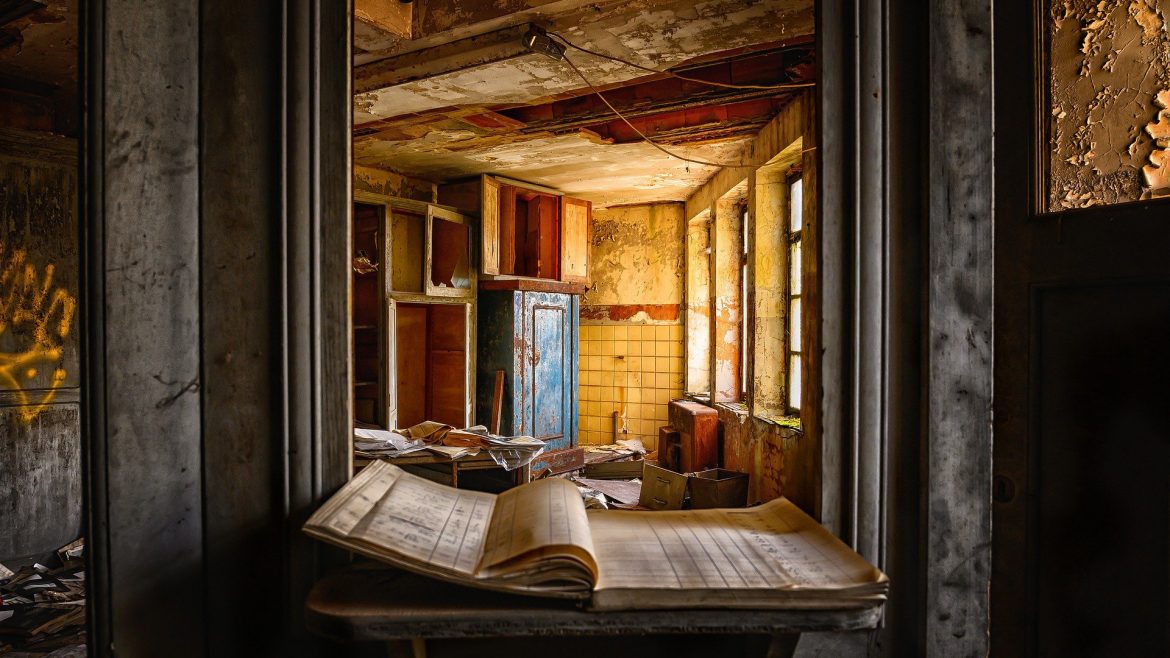 With the addition of Pax Unplugged, November is really feeling like the beginning of convention season for me. Even though I didn’t go to Carnage this year, I’m now in the thick of planning for Pax Unplugged, TotalCon, HelgaCon, and RPGCon. Fortunately since this is my first PaxU I’m not bringing anything new to it, though the general anxiety of figuring out what I should bring without knowing very much about how that convention runs is weighing on me. More pressing, however, is TotalCon which despite being nearly three months away still feels entirely too near a deadline for comfort.

Each year I try to force myself to write one new horror module to run at TotalCon, which I do by signing up to run the game well before it’s written. This year the adventure is titled “Closed for Swimming“, and if you’re signed up to play in that game or are hoping to do so, be warned that this post will be full of spoilers. I want to talk about my process for writing these modules, and in so doing I’m sure I’ll give away a bit too much. So, with that warning aside, let’s begin.

It started one evening when I turned to Jenn and asked “what should I write this year’s horror adventure about?” She glanced to the other side of the couch where there was a plush shark nestled among the pillows and said “um, sharks?” Sure, sharks, why not? I mean, the Jaws movies are classics in the horror genre. I imagined a setting of a summer vacation hotspot – something like the Wonder Wharf in Bob’s Burgers, where the players are the weary locals whose livelihoods rely on the annual influx of summer vacationers. I went to college very near Mystic, CT and am sure I can describe a setting like this pretty darn well. And maybe I could include some interesting diving or underwater sequences in this. I started searching around for some underwater / oceanic set horror movies for more inspiration.

The first thing to jump out at me was James Cameron’s 1989 classic The Abyss, definitely great for creepy underwater stuff with a nice supernatural alien twist. As I continued to scour the internet I discovered that there was a surprising number of knock-offs and other movies chasing the underwater thriller bandwagon at that time. There’s Leviathan, Deep Star Six, and several years later Sphere. I started watching as many as I could, and the adventure started to twist in my head. I really dug the vibe of deep sea exploration in these movies, the creepy unknown and inhospitable setting of the ocean combined with something monstrous, alien, or supernatural struck me as super cool. But how could I reconcile this with my original inspiration of a Jaws-like summer beach hotspot?

Well, maybe that could be my twist. The game could start with the idea that a series of shark attacks has scared off the usual summer trade, and the players are locals whose livelihoods are now in peril. My starting scene could be a local chamber of commerce meeting – the authorities have kept the beach closed for weeks and local businesses are trying to figure out how to cope. Nobody seems to know much detail about the shark attacks, and all the evidence has been locked down by government types that have invaded the town. Yeah, in fact, maybe the whole shark attack thing is a government cover-up for something more nefarious. The players go off to dig up details and find that the “sharks” don’t exist, and the victims have suffered some far worse fate. Perhaps this eventually leads our players out to the cruiser that’s been stationed off shore, something that looks like the surface support ship in the Abyss, and from there they are drawn to the deep.

That’s as far as I got when I really had to submit something to TotalCon, so I wrote this description:

In 1992, due to several shark sightings and more than one attack, Long Beach was closed for swimming. Businesses along the boardwalk were suffering as the summer dragged on and vacationers continued to fail to materialize. The local chamber of commerce held an emergency meeting to investigate the matter, but what they would discover was far worse than any oceanic predators. Fun in the sun becomes panic at the pier in this game of cosmic horror.

I set it in the early 90’s because that’s when most of these movies were made. It hasn’t been accepted yet but it’s out there in the world so now I feel like I’m on the hook to write this thing. So we’re off to the races.

My next step is to make up some characters. Typically when I write these adventures the characters have their own issues, goals, and personal relationships that has nothing do with the actual horror plot. I find this both makes for enjoyable roleplay in the early stages before the players have figured out what’s going on, and it gives them some context on which to hang their eventual reactions and insanities when everything goes south. So I created this very quick list of character ideas:

As you can see I named two of the characters – they’re totally based on the characters from Scream played by Courtney Cox and David Arquette. I just love the idea of reality TV producers, because that was an emerging thing in the early 90’s, and I thought I’d tip my hat to the inspiration via their names in case any players actually pick up on that and want to run with it.

I included a boat guy because the players are going to need a means of getting out onto the ocean, and a diving expert who will encourage them to put on the suits and go explore underwater. My assumption is that the government has taken over the local radio station as their base of operations, so the DJ is in there to be someone who is really personally involved in figuring out what’s going on with the spooks in town. I don’t know why he’s a surfer.

Developing the characters early is super important to me for a variety of reasons. First, as you can see, I try to embed a lot of motivation into them so the players are invested in figuring out the mystery and don’t just try to flee at the first sign of trouble. Secondly, as I’ve posted before, I like to make my players select their characters based strictly on a nameplate and a physical prop. It can take time to collect and assemble the props, especially if I’m buying stuff on ebay and waiting on shipping, so I have to get that in order early.

As of right now the only props that immediately come to mind are an old VHS camera (which fortunately I have in my closet somewhere) and a microphone for my reality TV characters. I don’t have great ideas for obviously 90’s era props for any of the other characters, so my next step will be to sit down and write some quick backgrounds for each character and see what that inspires. I’ll also try to make sure I have good diversity of character genders, ages, and ethnic backgrounds so there’s something for every player, and I’ll think a bit about which characters can get cut if I only have four or five players at the table.

Once the characters are in place, I’ll outline the adventure itself and start writing up the actual content. I have some theories on the structure for that kind of writing, so I’ll have another post about that in the future. For now, I’m glad to have written out the above because I’ve been kind of stuck mulling around plot ideas and now I realize that I really need to focus in on the characters. I’m doing some traveling in the near future, so that should give me plenty of good focused writing time.