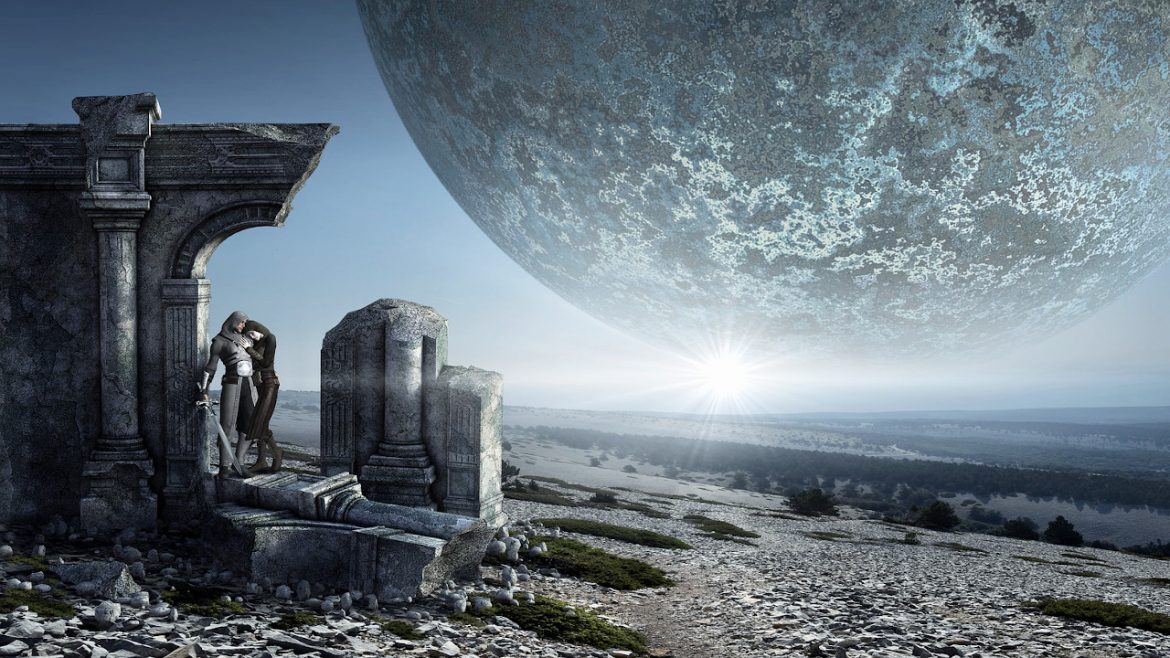 I’ve been re-watching my birthday live-play streams on Wandering DMs to prepare myself for the patron-exclusive videos we’ll be releasing next month. This morning I listened to the last 15 minutes of Part 10 while drinking my coffee and catching up on emails, and I’m literally crying with laughter. My coworkers must think I’m insane. If you haven’t watched any of our live-play videos, these 15 minutes are what you should watch.

Now, to fully appreciate it, you have to know a little about the characters involved. While our game focused mostly on a dungeon crawl through Dyson Logos’ excellent Dyson’s Delve, over time the players developed quite a strange web of personal relationships with each other and NPCs in town. It actually began during character creation, when the entire group decided to play all elves, and a couple of them rolled low enough intelligence scores such that they only got to choose one language and chose elven. The game is based in the human town of Restenford, and so the language barrier became a very interesting and often humorous issue for them.

In addition, we use Jeff Rients’ excellent carousing rules, which resulted in the party forming some unexpected relationships both with each other and some NPCs in town. So here’s a rundown of the characters you should know about for this video:

Jannik Moonstroke, played by Dan, is an elven warrior who speaks only elvish. He is married to the party’s dwarven hireling Rose, who only speaks dwarvish and common. Due to the language barrier and the stoic nature of dwarven courtship, Jannik actually thinks the two are simply boon companions in arms and roommates. The rest of the party has so far shielded him from the truth.

Rose, an NPC hireling, is a dwarven warrior and is married to Jannik. She has recently noticed that she’s the only member of the party who does not have a magic weapon, and has been pressing Jannik to rectify that. She has also recently obtained a magic circlet that allows her to understand, but not speak, the elven speech of her companions, and is a bit put-out to discover how superior they believe themselves to be to non-elves.

Audr the Arrow, played by Christian, is an elven thief/magic-user, who has been focusing more on his magic-user side to compensate for the death of the party’s dedicated magic-user. He’s married to Sasha the Dragon, and lives with her and Grilmir the Grim, who are all three involved in a polyamorous relationship.

Sasha the Dragon, an NPC, is an assertive woman who works as a torturer for the Baron. As mentioned above she has a polyamorous relationship with Audr the Arrow and Grilmir the Grim, and lives with “her boys” in domestic harmony.

Grilmir the Grim, played by Lauren, is an elven fighter/magic-user, who like Audr has been focusing more on his magical studies to help compensate for the death of the party’s wizard. He lives with Sasha the Dragon and Audr in a polyamorous relationship.

Henrod the Handsom, played by Max, is an elven thief who fell in love with a married human woman named Tilla. Tilla’s husband is terminally ill, and the guilt from her infidelity has driven her and Henrod apart. Henrod has coped with the loneliness and rejection by fixating on the domestic bliss of Sasha, Audr, and Grilmir and has been continuously pestering Audr and Grilmir to allow him to move in with them. He has been too intimidated by Sasha to approach her about the issue, while Audr and Grilmir both insist that as head of the household the decision must be Sasha’s. As a result he often stalks about a window of their house gazing longingly in at the happy residents.

Wilder, played by Mike, is an elven warrior and the other elf that speaks only elvish. He has avoided getting entangled in any of these relationships, possibly due to his deep seated prejudice against anything not elvish. For some reason Mike is sitting off-camera in this part, but you can hear him chime in from time to time.

Peltar the Sorcerer, a powerful human magic-user NPC, is patronized by the party for identifying magic items and purchasing scrolls. He’s a bit of a megalomaniac and has a strange penchant for taxidermy.

So there you have it, that’s the set up. The party has just returned to town after a long series of difficult combats in the dungeon, and Jannik has decided to approach Peltar about identifying some magical armor they found. This leads to some bartering amongst the party over magic item swapping and, well, just watch the video because it’s amazing.