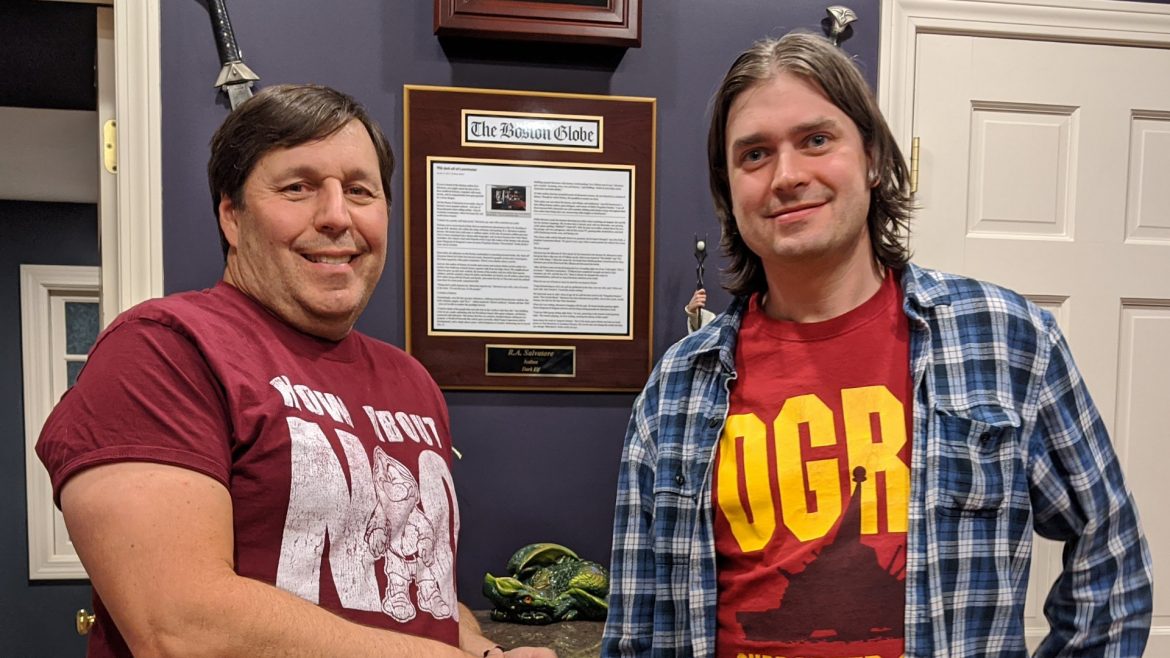 I am incredibly proud to announce that R.A. Salvatore Presents: The Vile Crypt of the Reawakened Sisterhood is now available for sale on DMs Guild. Please do check it out, and if you like what you see consider giving it a rating or a review.

The Vile Crypt of the Reawakened Sisterhood has been greatly expanded since its early form that first appeared on this blog. I have fully adapted it to 5th edition D&D, including stating out ten unique monsters to challenge your party of adventurers. It includes puzzles, riddles, and hand-outs that will surely delight any group. I’m sure its old school roots will show through, so if you like action filled adventures full of mysteries that challenges the player as much as their character, I’m sure you won’t be disappointed. Here’s some background info:

Deep in the wastes where the gnolls prowl there stands the remains of an older forgotten civilization. The Tzakar-Buru left behind crumbling crypts dedicated to their beastial demon-god Yeenoghu, and the protection of the mortal remains of their kings and princes, to say nothing of the wealth they accumulated. The gnolls remember only enough to fear and avoid these tombs, but recent attempts to recover the lost treasures speak of a horrific order of unliving gnollish priestesses who feed off the screams of their victims. Is the wealth of this lost society truly worth the risk of death, or worse, an eterinity of torture?

The adventure has a very Egyptian feel to it, featuring an ancient race of gnollish ancestors called the Tzakar-Buru. The adventure assumes the Tzakar-Buru have long since died out, and the crypt is one of very few physical testaments to their existence. It should therefore be very easy to drop this adventure into any D&D setting, and I’ve included several different plot hook ideas to draw your players into the adventure.

Though I failed to kill R.A. Salvatore’s character with this one, he and his compatriots certainly found it very challenging. It took them about three or four sessions of four hours each to complete it, and the adventure is balanced to challenge a group of levels 6-8. If the party has few magical weapons they may find this one extra difficult.

Dan and I will be discussing this adventure specifically in Sunday’s episode of Wandering DMs as part of our topic on Puzzles and Riddles. So please come join us on Sunday if you’d like more insights into what challenges you might find in R.A. Salvatore Presents: The Vile Crypt of the Reawakened Sisterhood!