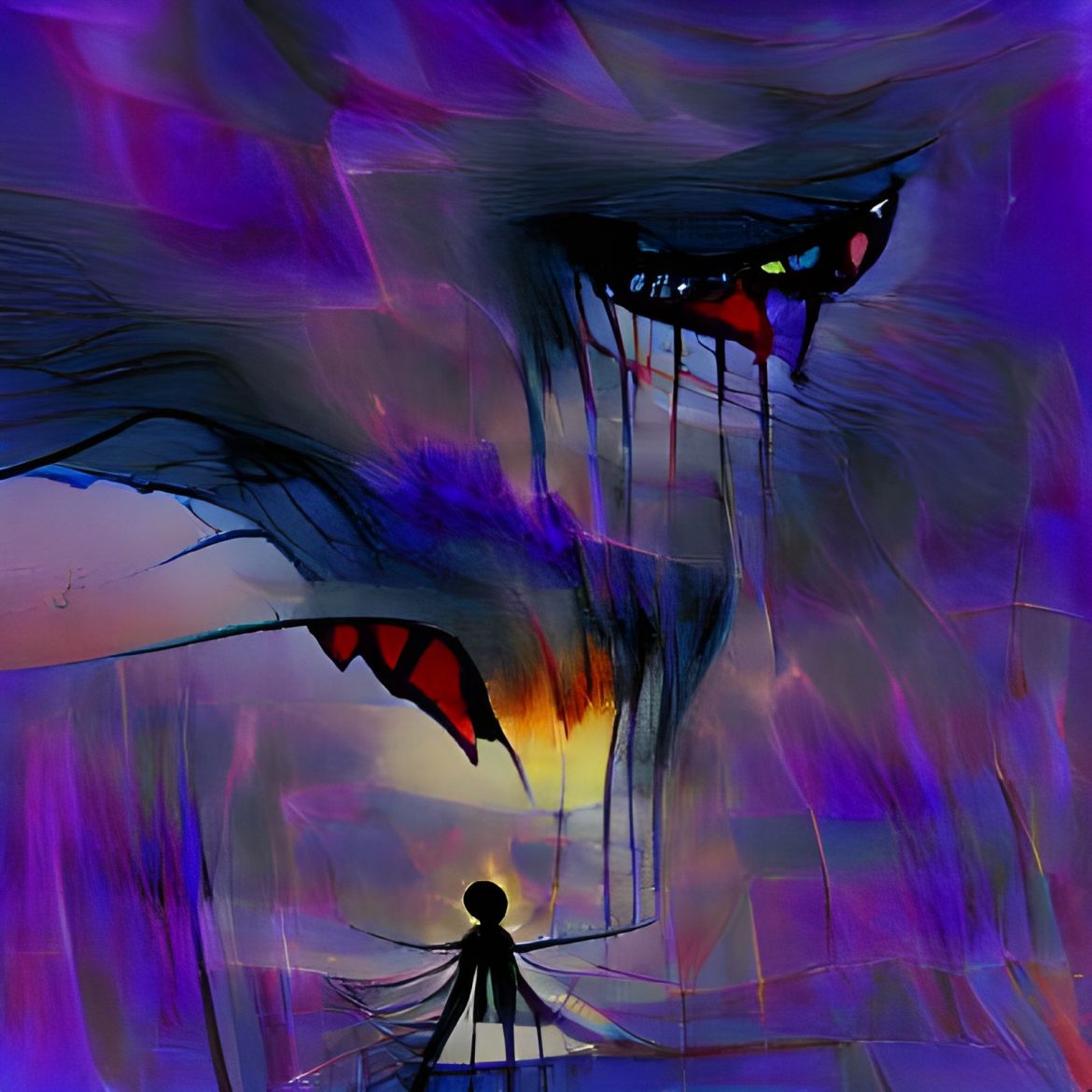 Fearful Ends development continues! The text has been edited several times now and I feel is in a strong place, I’ve got a fantastic art director starting to source artwork and layout, and more than one playtest group giving excellent feedback. It feels like the official kickstarter launch can’t be far off now!

Side note – I’m really excited about getting the art pipeline set up and am hoping I’ll have stuff to share from that soon. For now though, the above artwork is what I got when typing “Fearful Ends” into the nightcafe AI art generator.

One interesting piece of feedback I received from a playtest group was that the combat felt particularly dangerous. Now, I’m actually kind of OK with this. This is not an adventure RPG where I expect the players to be slaying monsters and winning the day! In fact, as I think back on past games I’ve run, there’s typically at most 2 or maybe 3 combats, and the right choice for the players is pretty much always to run away. But that said the last thing I want is combat so broken that TPKs halt games in their tracks on the regular.

I will also admit that in my own playtests I too found combat a bit unforgiving, so possibly it needed some tuning. I therefore took a page out of Dan’s playbook and wrote a little code to emulate combat and see if I could gather some statistics. I implemented the base combat mechanics and created two groups of equally stated characters to duke it out a few thousand times and find out what was pushing combat into quick ending bloodbaths. But first, let’s review where I started:

The core mechanic in Fearful Ends is inspired by Savage Worlds, which is the system I was using for horror before I started writing my own. Attributes and skills are each rated as a die type, with all checks involving rolling one of each and taking the higher result. The dice varied in size based on the character build, anywhere from a d4 to a d12, with d6 being a pretty common value.

I got rid of SW’s exploding dice though kept it around for damage (more on that later). With an average Target Number (TN) of 4 and an average dice size of d6, typically this gives about a 75% chance of success at hitting, which is really quite high compared to other RPGs. There’s an interesting wound mechanic which I’ll brush aside for now to say that health averages around 12 points per character, with the extremes at 8 and 24. Damage for melee was an attribute die plus a damage die, with 2d6 being typical, or 1d6 + 1d8 for somewhat beefier combatants. There’s also a negative penalty to all rolls the more wounded a character becomes: cumulative -1 penalties at 25%, 50%, and 75%.

So to summarize, as compared to D&D, we have a pretty high chance to hit, low health values, high damage values with chances to explode into extremely high numbers, and big penalties for being wounded. So which of these do you think was causing the fights to end so quickly and brutally? The answer of course was that none of these impacted combat quite so strongly as the initiative system.

Seriously? Initiative? I hate complex initiative systems. I feel like rolling / drawing cards, writing down lists, and calling out numbers all lead to slowing down gameplay. For D&D I’ve reverted to the very simple method of group initiative – each side rolls a d6 and the higher side goes first, then proceed around the table. It’s fast and light and easy to remember.

Only, it turns out that with equally capable combatants, the side that won initiative would also win the fight 75% of the time. If I just randomized the order per-combatant, it quickly dropped to 50/50 as I would expect. Ugh. I don’t want to give up simple initiative!

So I started playing with other options. The first thing that hit me was that I would never roll individual initiative per enemy in any RPG, usually all my enemies go at the same time. What happens if instead of total random order I randomize just the PCs, then insert all the baddies at one spot in the order? Surprisingly, I still got a 50/50 split. Huh.

I started to think about how this could play out at the table. I really don’t want to do individual initiative, I like the simplicity of going by order around the table. How could I keep that? I remembered something I saw somewhere else, I couldn’t tell you where – what if we started with a special round where the players all get a chance to go first, but must make a roll to do so? This is where I’ve landed:

In general combat should begin with the player to the GM’s right or left, then proceed either clockwise or counter-clockwise around the table with the GM taking turns for all enemies after the last player. Personally I enjoy varying the direction from one combat to the next just to mix things up.

In the first round of combat, every player must make a Perception Check (TN 4), and only those who succeed may act. This represents how prepared the characters are to act quickly and jump into the fray, and ensures the baddies aren’t always stuck going last in the first round.

This basically seems to work, at least in the simulator. I also tuned one other thing – melee weapons were doing too much damage. I’ve reduced that now to just a single attribute die plus a modifier based on the weapon. This not only brings the average combat duration to something that feels better, it also makes firearms feel kind of different and special as they’re typically two dice with no modifier and not based on any attribute.

Well, that’s the update for now. There should be more updates coming down the pipe soon as the development process continues to kick into higher gears.