No, not in D&D, in my actual house!  This weekend I tackled a project I’ve been meaning to do for some time — hanging shelves in my game room closet.  On the second floor of my house we have a bedroom that I’ve converted into my game room.  The closet had your standard top shelf and pole for hanging clothes, which is all very useful for a bedroom but not what you need to store all your board games, miniatures, etc.

My plan was to remove the pole and then add more shelves.  I bought the wood and looked online for how to build in shelves, it all seemed pretty straight forward.  One thing that bothered me though was that there was a spot in the back corner that someone had covered up with a couple extra squares of sheet rock.  I assumed there was a hole in the wall there, and being  a closet, the previous owner didn’t bother to make it look nice.  My options were to build around it, or take it down and see if there wasn’t some better way to patch up whatever was behind it.  I decided to remove the sheet rock and at least see what was back there.

A secret room is what was back there!  The sheet rock covered about a 2′ x 3′ hole cut in the back of the closet that revealed a small space about 4′ x 6′ behind it.  It seems to have previously been part of the bathroom.  You can see the back of the tub and shower stall in there.  I guess when they redid the bathroom they just closed up the part of the room with a sloped ceiling to put the shower and tub in and make the room square.  It’s no big deal as the bathroom is plenty big without this extra space, but still, it’s extra space!  I had to fight really hard to suppress the urge to find some way to utilize this space.  In the end, I just put the sheet rock back up and shelved over it.

Some day, perhaps if and when we re-do the bathroom, we’ll reclaim that space.  Until now, I think it’s super cool that there’s a secret hidden room in my house.  I took some pictures before I closed up the wall which you can see below.  They’re not great, as I had to stand in the closet to take them. 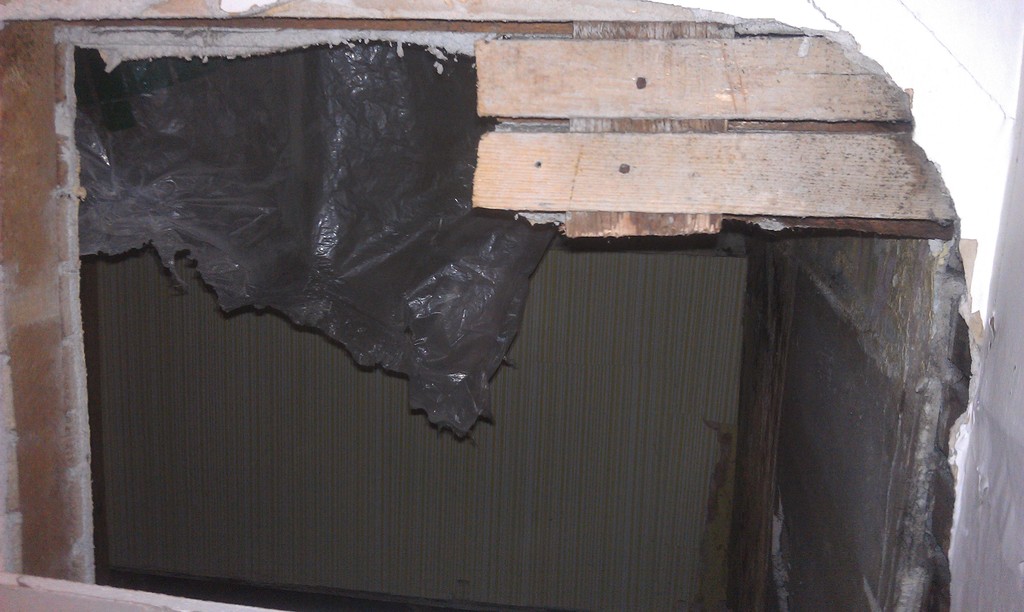 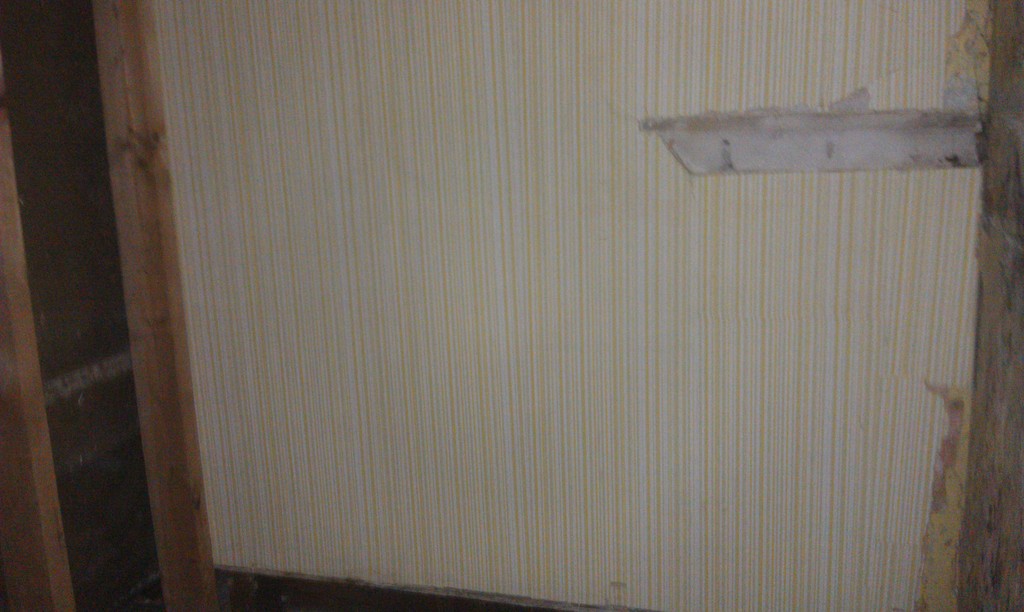 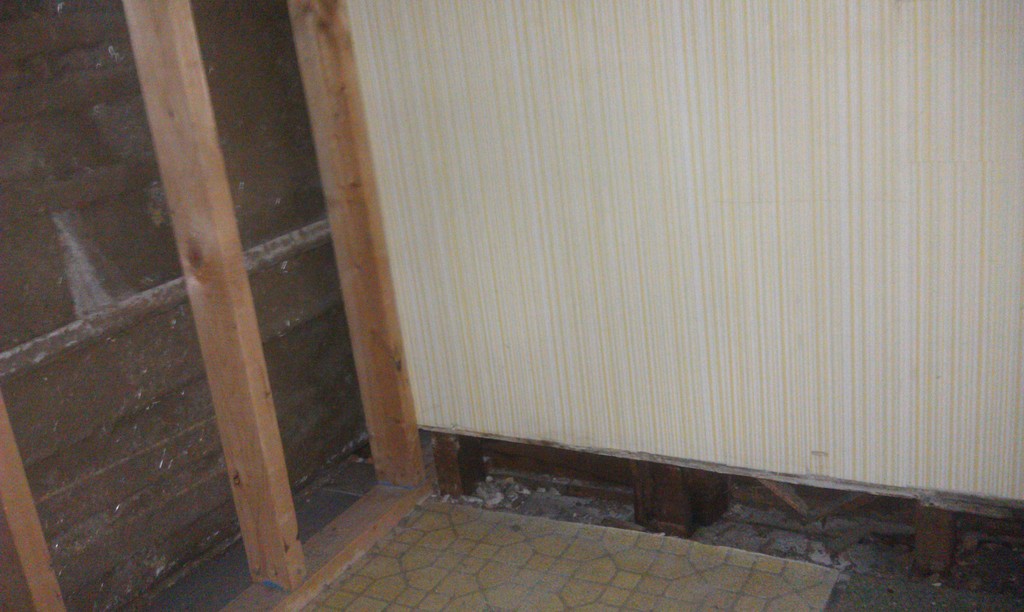 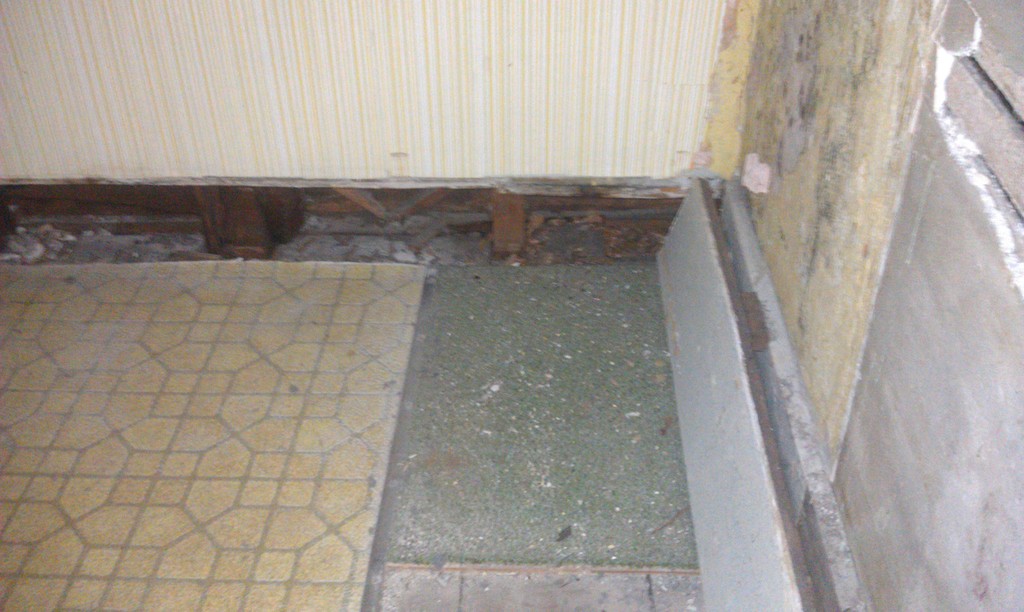 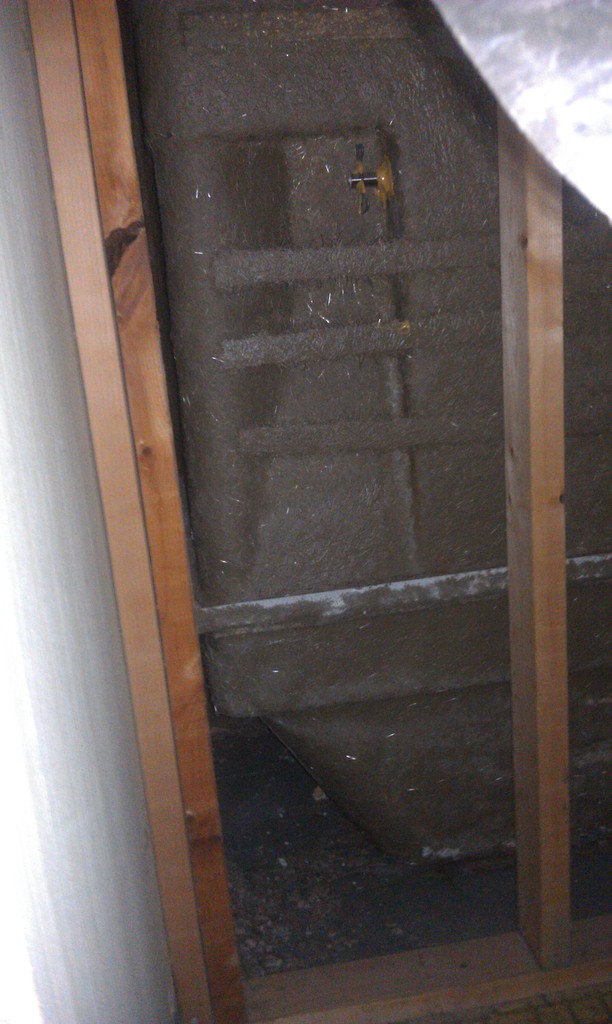 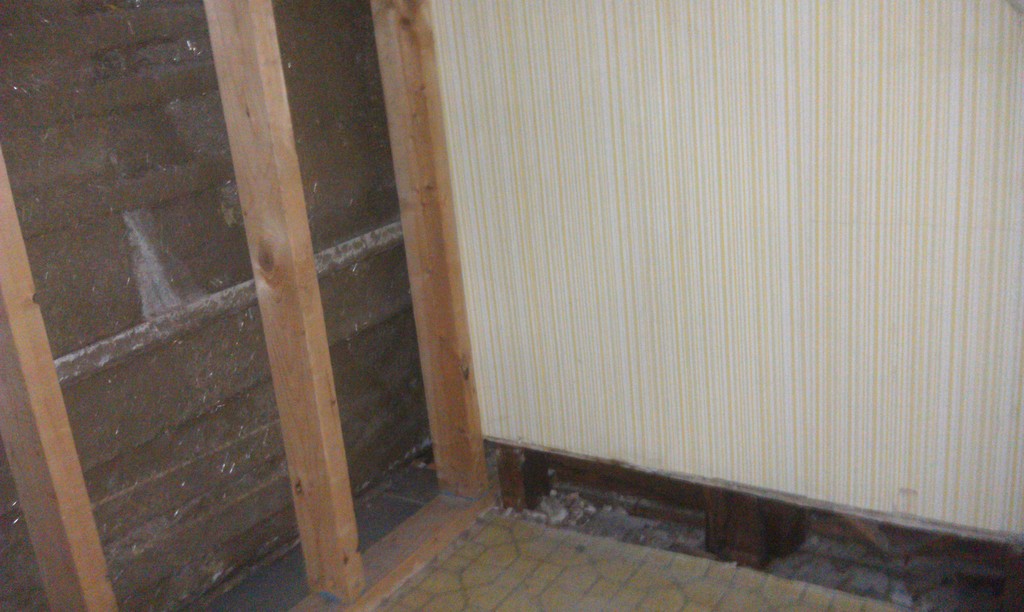 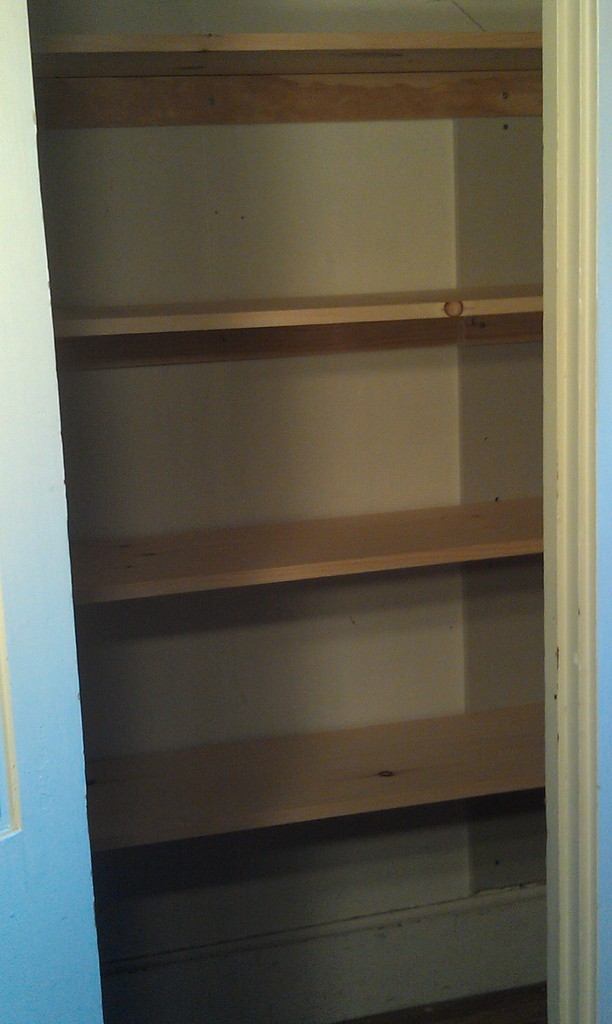 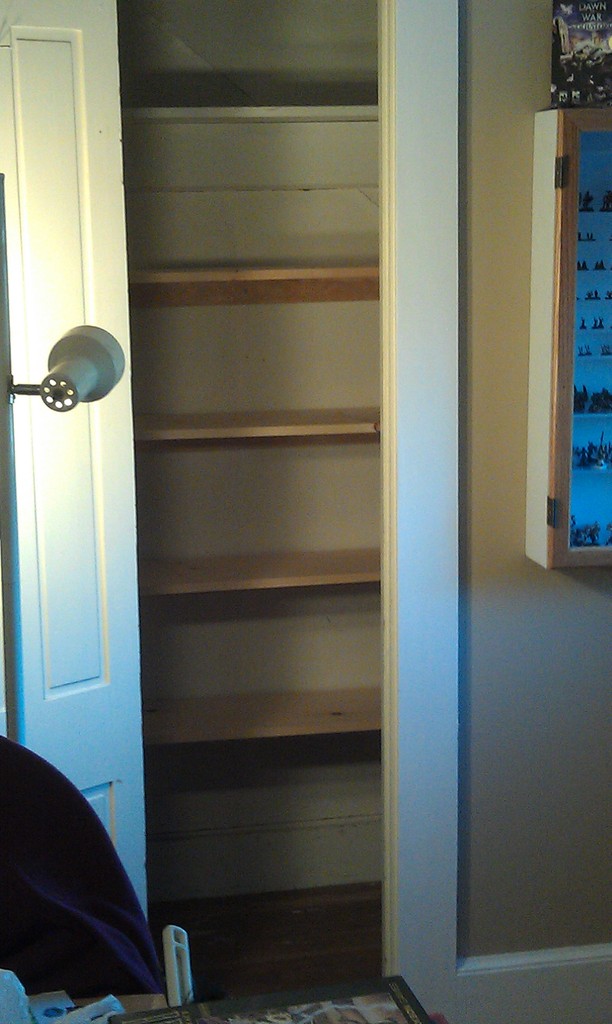 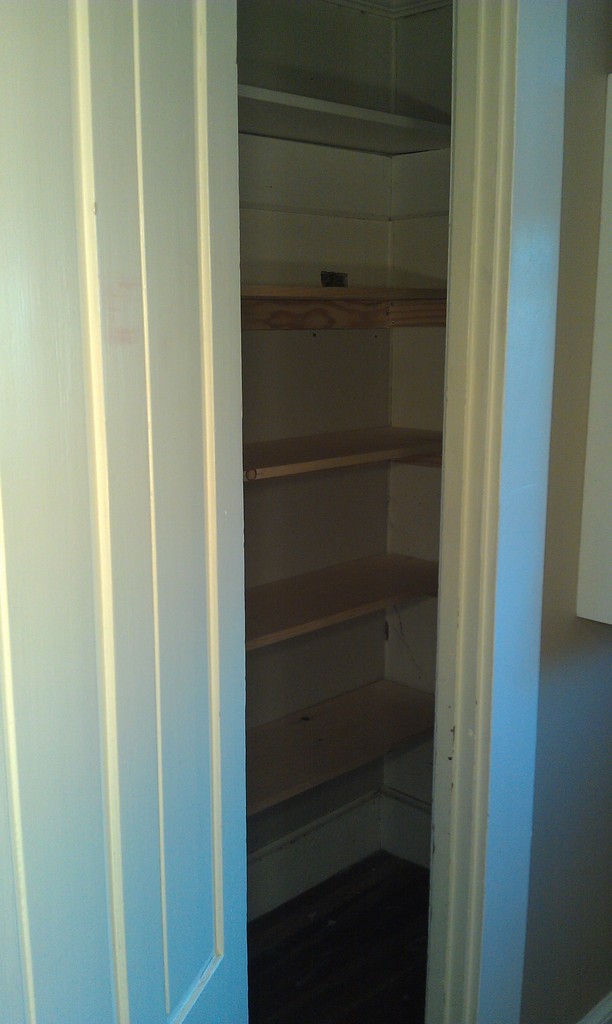