When we first moved in to this house back in July and I realized I would have space for a dedicated game room, I placed an order with Geek Chic for one of their excellent GM Valets.  While most Geek Chic furniture is overkill for my style of gaming (being extremely miniature light), I frequently put some kind of surface to my side for holding extra books when DMing.  So why not have a dedicated piece of furniture customized for the task?

It wasn’t the fastest process, I suppose custom furniture never is, but it finally arrived yesterday.  I’m so excited, it really is an awesome piece.  I can’t wait to run a game with it. The only hiccup was that the removable bin that should live on the right side was missing, making it look a little lop-sided with the two cup holders on the left, but I was assured the error would be rectified quickly.

The very first thing I did was run out to Staples to buy some hanging folders for the filing compartment in the back, and experienced a wonderful bit of serendipity while there.  Right out front was a table of bargain items, and I noticed as I passed a pile of cardboard magazine containers, marked down from 5.99 to 50 cents each.  I immediately bought them all.

You can see in the first picture of the GM’s valet on the bottom is a big white box, which contains all my old D&D modules.  I put it there as the valet needs some weight in it to be less tippy when opened.  It used to be on one of the bookshelves, but it’s always been a pain to pull out to get at the modules.  You can see in the later pictures the white box has been replaced by a big group of magazine holders, much nicer and easier to access, and with plenty of room for more modules in the future!

Anyway, on with the pictures: 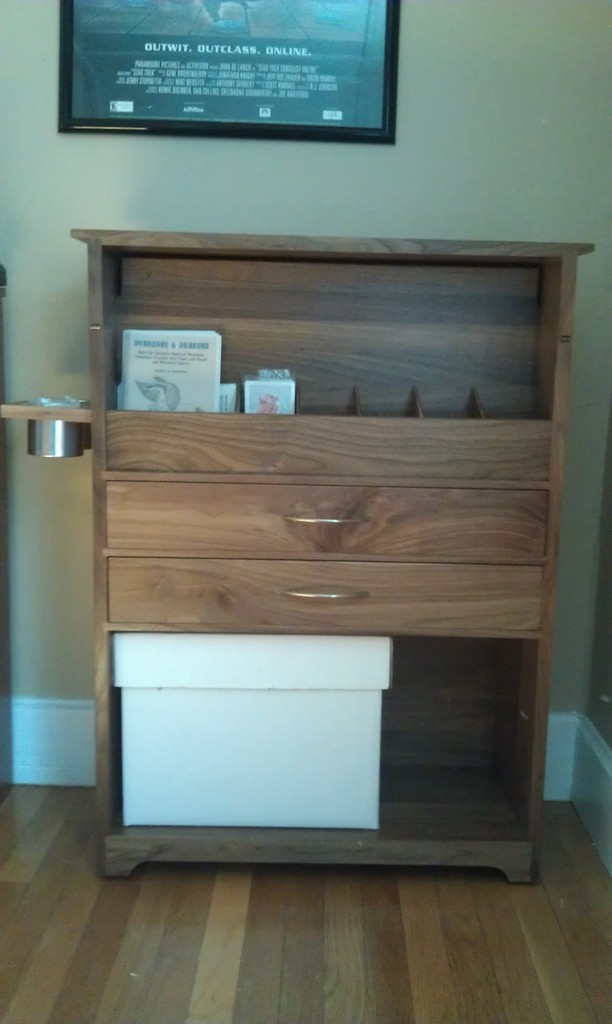 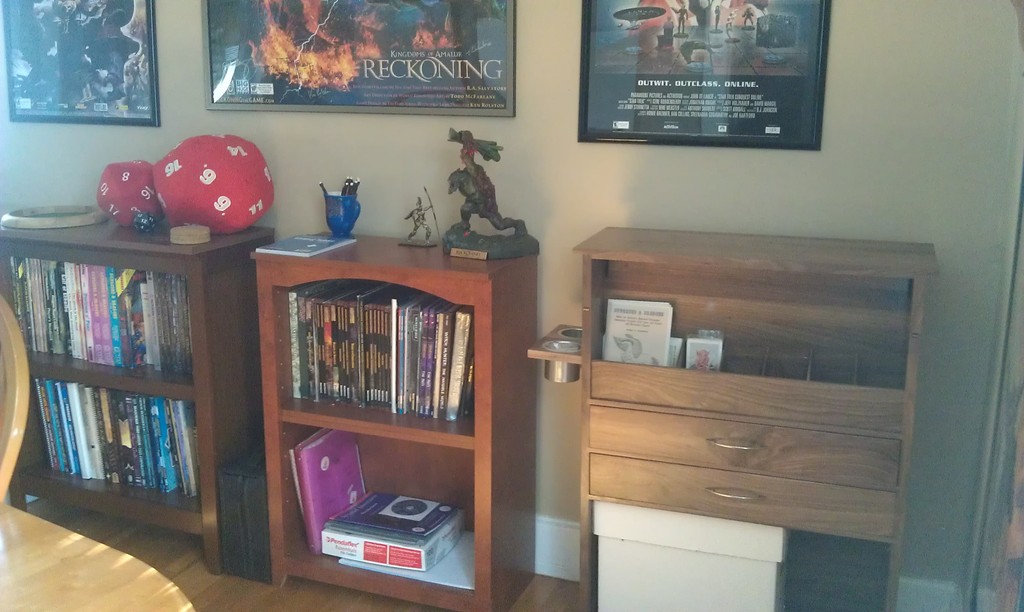 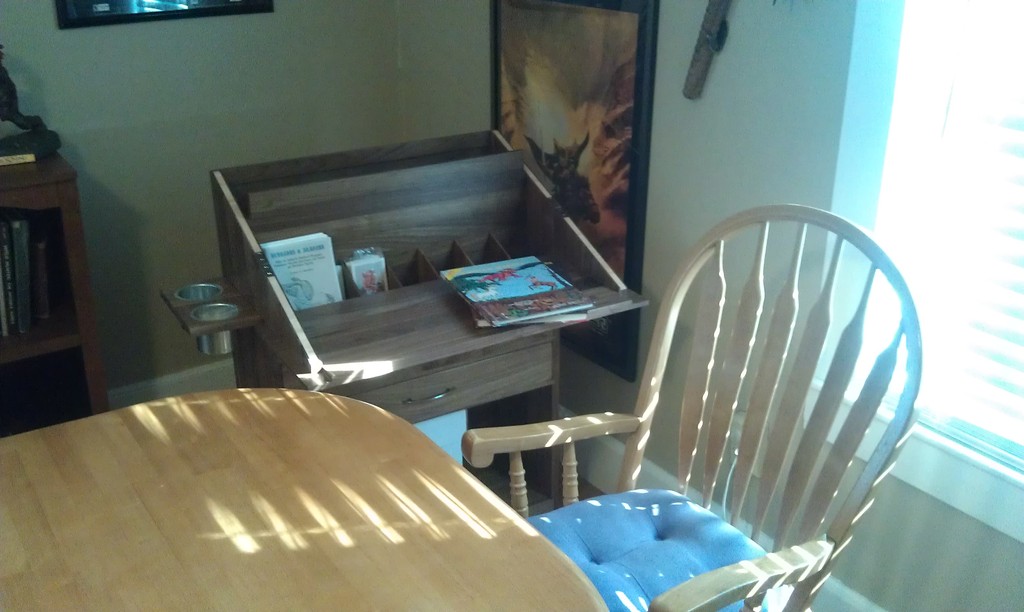 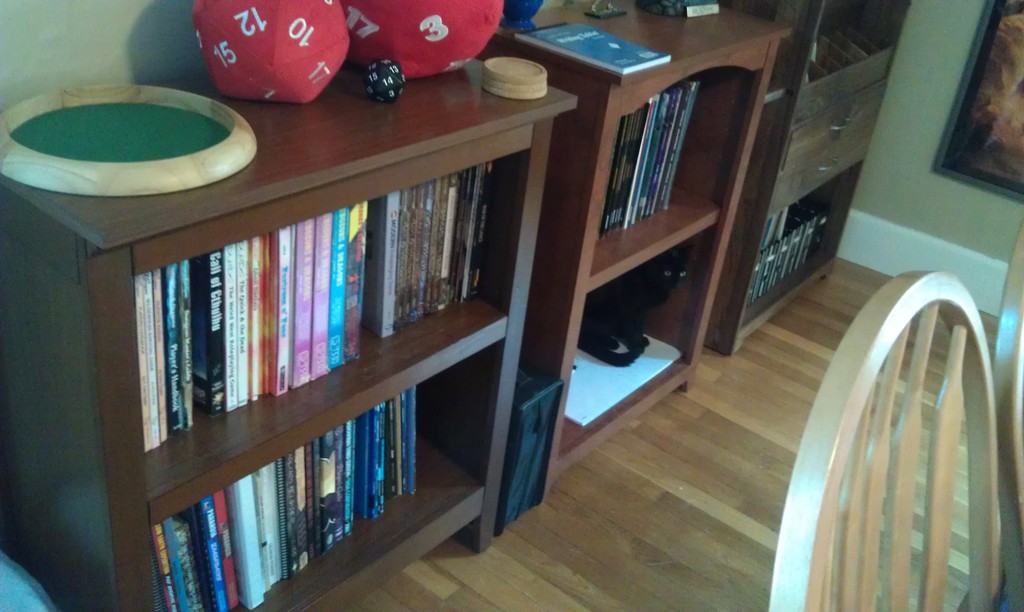 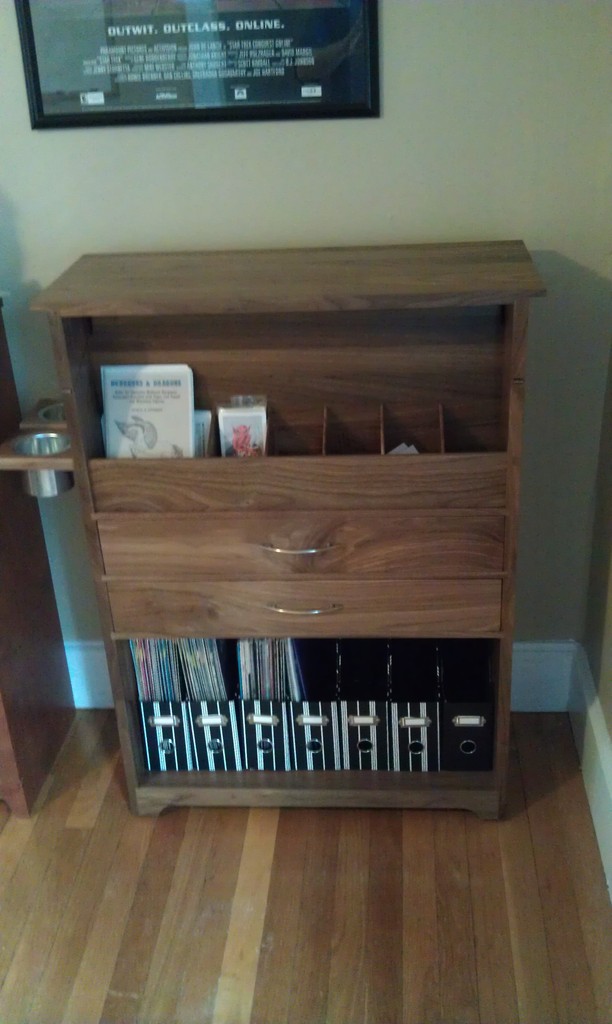 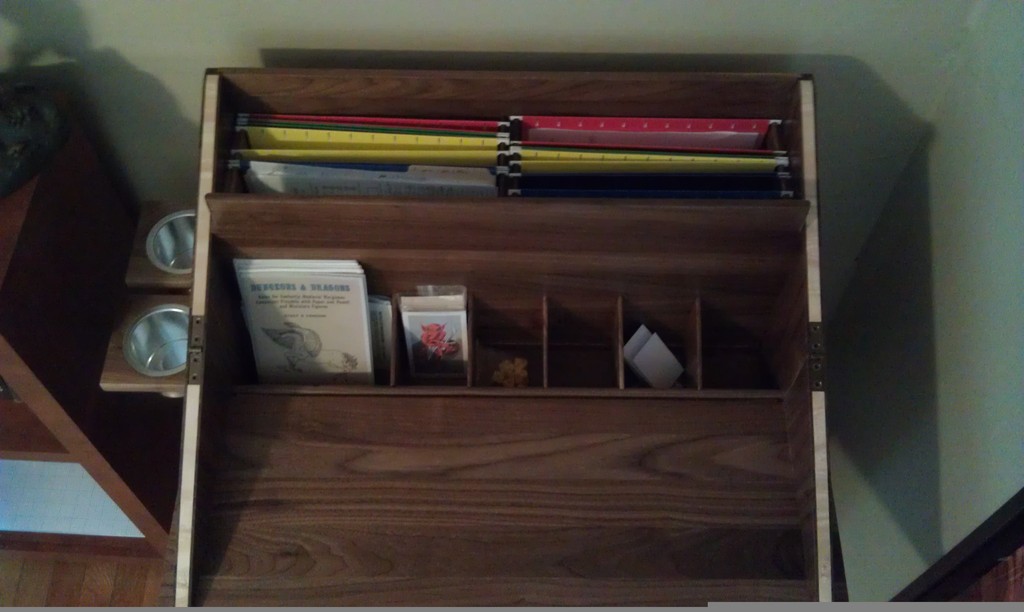 5 thoughts on “My New Valet”