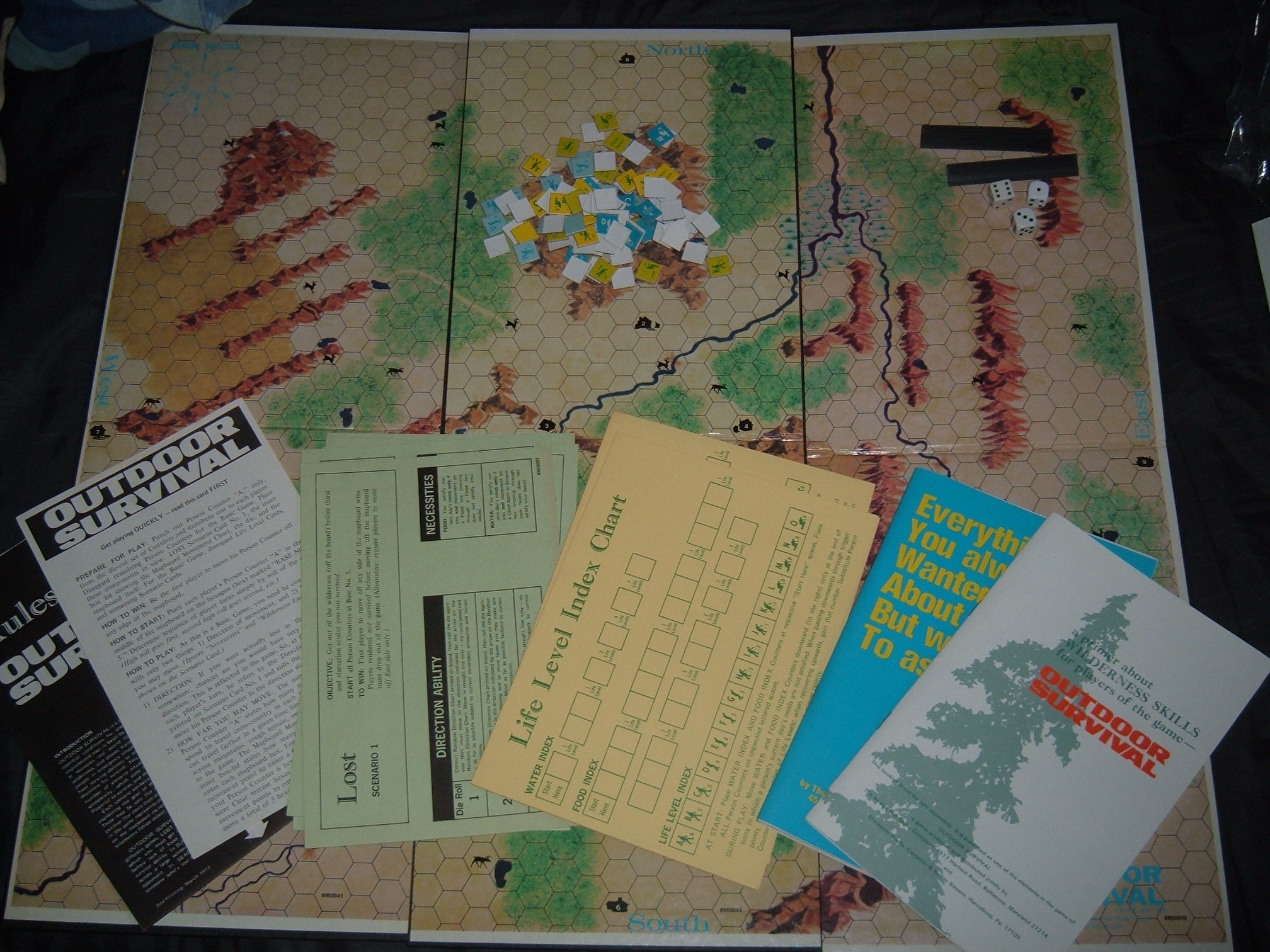 Carnage on the Mountain is now less than 2 weeks away. I’m running a few games there, but I want in particular to pimp one which for some reason still has many available tickets. It’s a classic D&D hex crawl – very open world and very old school, running from 10 am to 2 pm on Sunday. If anyone reading my blog is going to Carnage convention, I recommend you grab some tickets!

The game is called Outdoor Spoliation, and it’s based entirely on some very successful games Delta has run at HelgaCon for several years running now. The key inspiration is the text from the original D&D booklets, which have this to say about running outdoor adventures:

The terrain beyond the immediate surroundings of the dungeon area should be unknown to all but the referee. Off-hand adventures in the wilderness are made on the OUTDOOR SURVIVAL playing board (explained below).
…
OUTDOOR SURVIVAL has a playing board perfect for general adventures. Catch basins are castles, buildings are towns, and the balance of the terrain is as indicated.

So that’s exactly how we play. I’ve written up a large quantity of mini-dungeons, castle inhabitants, and other encounters. The players are given a simple goal – you have 4 hours to accumulate a certain amount of treasure, good luck! It’s amazing how fun the game is when played this way. And we’ve returned to it year after year, making a mini-campaign of it with many players returning to the same characters each year. But don’t take my word for it, go read Delta’s blog posts about it (here, here, and here.)

The time slot may seem awkward, but it’s one of my favorites. After staying up late Friday and Saturday night, getting up at 8 am Sunday just doesn’t work for me. Also, I have a several hour long drive to get home Sunday night, so I’d rather not be leaving after it’s already dark. I’d hate for the whole of Sunday to become a wash though, and I was super excited to see that the organizers created this special middle of the road time slot on Sunday. It’s just right for me, and I imagine there are surely others in the same boat.

I’ve run something in this slot every year. Some years I’ve had a giant group raring to go, and others it’s a smaller group that’s starting to show signs of fatigue. I’m always ready to adapt to the mood of the table, and give them the closer they need to the convention. So come on over and join us why don’t ya?