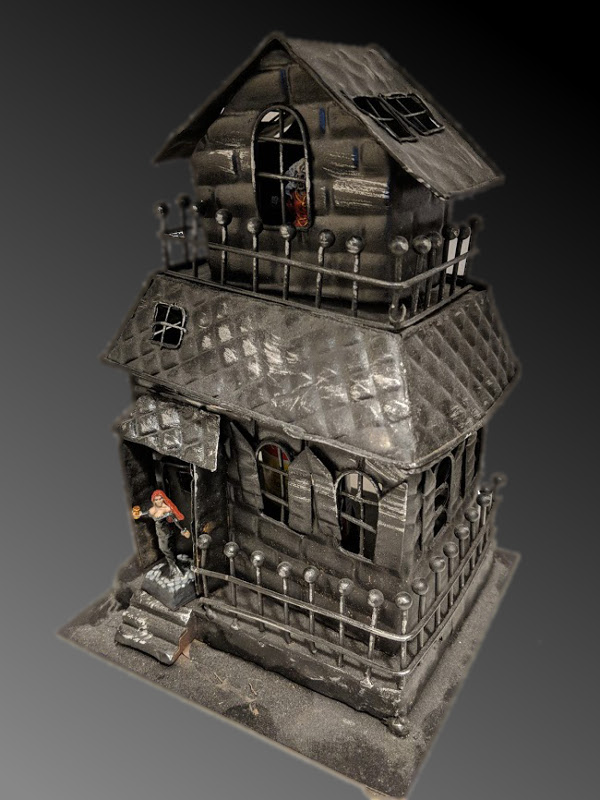 I’ve realized that I never really posted much info about the two horror games I ran in the past, which is a shame as I ran each several times and learned a ton in the process.  Perhaps I was simply nervous about posting too much info and spoiling the surprise for any future players.  I’m going to start with some high level info about both games and the system I used here, so this is the safe post, no spoilers here.  Later I’ll dive deep on each game, and if you think there’s any chance I might one day run one of these for you, well, you’ve been warned.  And by the way, I really enjoy running these games, so if you’d like to encourage me to come run one somewhere, please do drop a line.

So the first one of these games was called Gentlemen of the Wardroom, and was run at TotalCon and HelgaCon in 2016.  The convention listing read thus:

Welcome gentlemen to the HMS Orpheus, a fifth-rate frigate of the Royal Navy, bound for the West Indies in this the year of our Lord, 1806. Your orders have not been revealed by the Captain, but sailor and officer alike are thrilled to escape the drudgery of blockade duty, and perhaps at last find a chance for action against the frogs. Beyond the usual threats of harsh weather, deprivation, mutiny, and privateers looms something too dark and horrible to name.

That game was mostly an excuse to experiment with my Insanity Cards, and the content resulted from reading a lot of C.S. Forester and Alexander Kent.  Ultimately I’m sure I tried to pack way too much into those games, but it definitely taught me a lot about running horror and shook out the bugs in the insanity cards.

The second game I ran was called Mazes and Monsters, run at Carnage 2016, and then TotalCon and HelgaCon 2017.  Here’s the blurb:

This one was a ton of fun.  Making seasoned roleplayers pretend they’ve never heard of this weird game called “Dungeons and Dragons” is quite amusing.  It also pushed me into using more props, and was the first time I tried out my character tents method of character selection, which I now quite like and am sure to keep using.

Both games I ran using Savage Worlds, because it’s a system I know reasonably well and I just needed something with some skills and stats to hang the insanity cards on.  I dropped a lot of stuff from it – no benes, no stunned status, and no edges or hindrances.  It worked pretty well, but because of this mish-mash of systems I’m never sure what to bill the “system” as.  I often end up just calling it “Cthulhu / Custom”.  Of course it has nothing to do with the Call of Cthulhu system, but I think that attracts the right kind of players.  It at least speaks of the big picture pretty well – an investigation game with supernatural horror that will inevitably lead to gruesome death or madness.  I hope that’s reasonable, I have yet to have anyone complain that “this isn’t really Cthulhu”, but I’m always kind of worried it will happen.