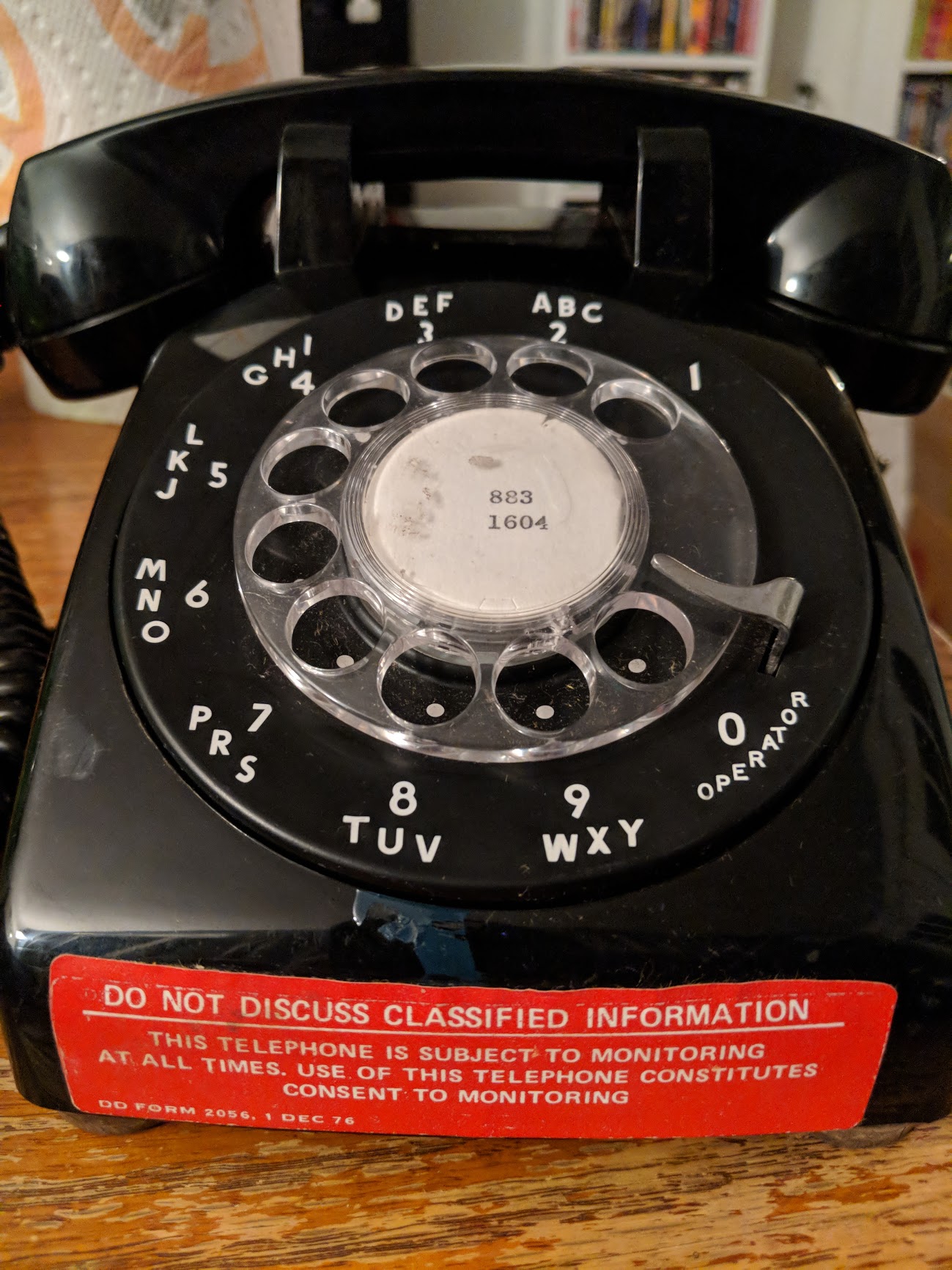 At TotalCon I run mostly D&D, but for the past two years I’ve also run a horror game on Thursday night.  And both years half my players have been this same group of friends who really get into it and love the game and are very complimentary for the rest of the con.  So, this year I felt like I couldn’t let them down, I had to write another one.  Fortunately I have had one percolating in my head so last Monday when I submitted my games for TotalCon I included this one:

1983, West Berlin. A secret international agency working on a means of evacuating refugees from the Eastern Bloc is on the verge of a breakthrough, but the pressure is mounting. Increased reliance on discredited research, psychotropic drugs, and unreliable assets is starting to yield results, but at what cost? It’s Stranger Things meets cold war espionage in this game of dark cosmic horror.

I’ve had this idea in my head ever since watching Deutschland 83, but on my drive home with Adam he helped me land on the idea of mixing in some Stranger Things elements that has caused it to really gel.  Now I’m cooking along in the writing, and starting to collect some props.

I love using props in my horror games.  A while back I adopted an interesting method of character selection I learned at Origins, providing players with only a card showing the character’s name and one or two word description to choose their characters from.  I added to this mix a single prop for each character.  This worked extremely well — it not only gave a little more insight into the character, but also provided players with a gimmick to toy with through the whole game.  The game was set in the 80s, and I was sure the “Concerned Parent” role would be the last chosen, but it seems the addition of a giant can of Aqua Net really sold her and she was often snapped up early.

I’m doing that again with this game, as well as having other props for certain moments in the game.  As this second game is also set in the 80s, so I thought it might be amusing to integrate an old rotary phone at the table.  I scoured eBay and found a guy who had a large lot of standard black rotary phones so I ordered one.  Here’s a picture of what I got — note that the red sticker was not shown or mentioned in the eBay listing (click for a bigger view): 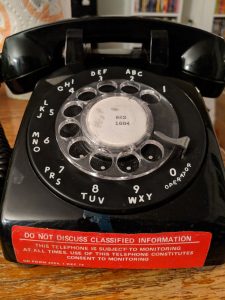 Given the espionage element of the game, I can’t believe how perfect this is.  Nor is this the only element of kismet in this story.  While on eBay, I also stumbled on this actual artifact — a travel brochure for Berlin printed in English circa 1977: 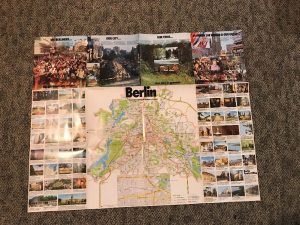 So of course I bought that too, and it arrived today, and it’s in amazing condition.  I’m telling you, this game is coming together like a freight train and I’m barely hanging on.  I seriously can’t wait to run this thing.