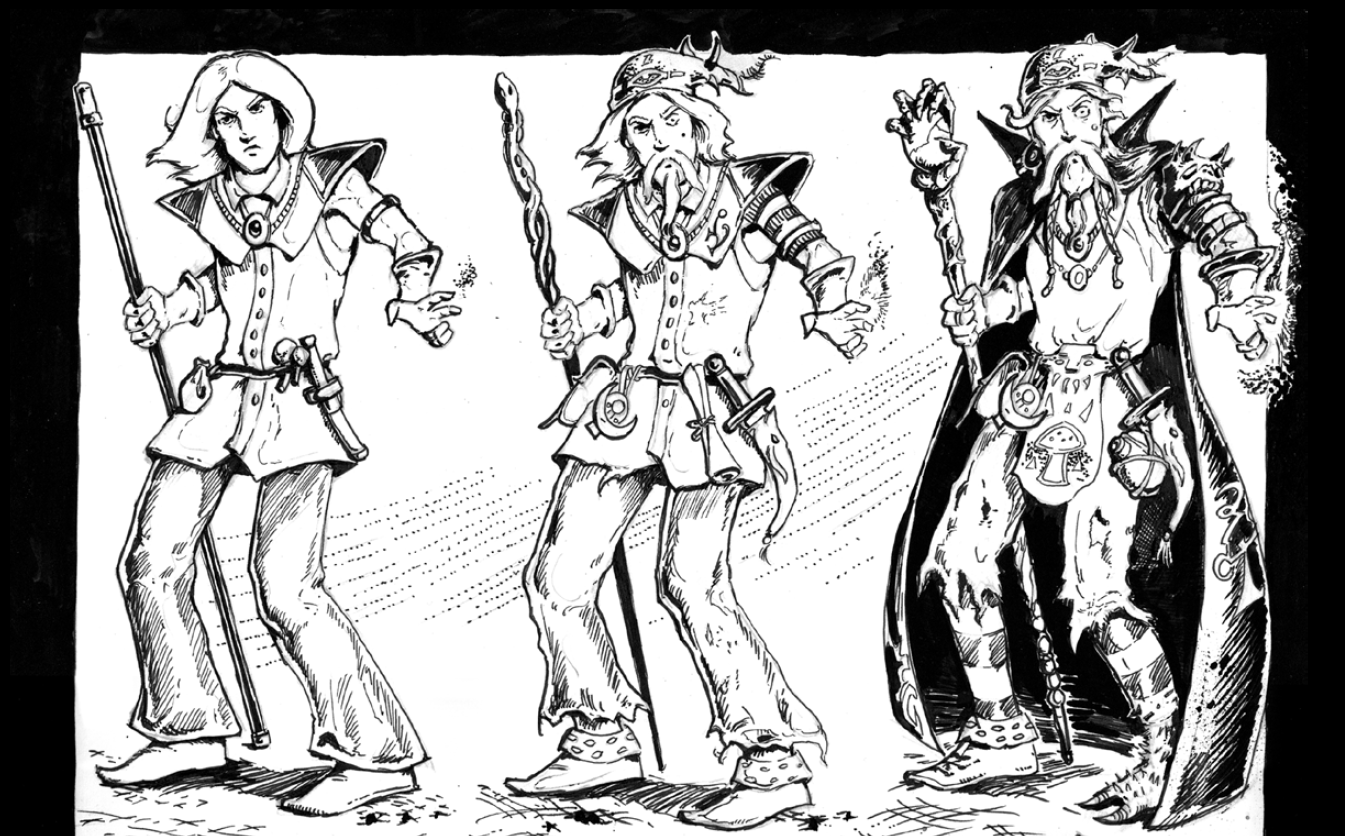 Last weekend I got together with my fledgling Warhammer group to make characters and talk logistics.  The most important part, making a schedule, came together very quickly and I’m excited to be starting our bi-weekly campaign this Friday.  The majority of time though was spent helping the players through character creation, and I think we all learned a bit about the system — and all agreed that PDFs on tablets are a truly awful substitute for actual printed books.

As GM, I was mostly just a facilitator as the players rolled up stats. Warhammer does have this amusing bit in the rules whereby they basically bribe the player into having more random elements with XP.  For example, when you roll your career, you can stick with your first roll and earn 50 XP.  Or you can roll twice more, pick your favorite of the three, and gain 25 XP.  Or you can just pick whatever career you want and gain 0 XP.  I was thinking of Tim’s custom rules for career selection his Enemy Within campaign, and wanted something similar but with perhaps a lighter touch.  So I just leaned into the XP bribes thus:

You gain +15 XP if you can convince me any one of the following applies to your character:

I figured this might take a little of the sting off of rolling 3 times on the career chart, as you’d “lose” just 10 XP instead of 25.  Also, the categories maybe push the players a little in the direction of the same broad categories Tim invented.  That said, I was pretty generous with allowing the players to convince me of any of the above – eg. it’s pretty easy for anyone to claim to be open to dishonest dealings or to love Sigmar, even if they’re not a burglar or a priest.

Mostly though while my players rolled up their stats I tried to keep my ears open for what ideas they were landing on for the personality of their characters.  My hope was to find an intro adventure that I could weave into the opening of The Enemy Within that would also appeal in a more targeted way to the specific characters they created.  The biggest impacts on this were the careers rolled, and the funny new ambitions section at the end.

Warhammer FRP 4th edition has a built-in system to try and help tie the characters into the game called “ambitions”.  Each player comes up with their own short term and long term ambition, and then the group comes up with a short and long term ambition for the party as a whole.  These ambitions are just short little sentences, like “meet the Emperor”, or “learn to use a bow”, or “kill my nemesis Karl.”  Short term ambitions should be pretty attainable — they recommend something you could attain in 2-3 sessions of play.  Long term ambitions should be stuff that is years away, and maybe might never be achieved at all.  In both cases the rules tie a specific XP award to achieving any of these ambitions, after which you are meant to come up with a new one, or in the case of a long term personal ambition possibly just retire the character and make a new one.

It’s an interesting idea, and in my GM role of story-weaver, I enjoyed the extra input.  That said, I could tell a couple of the players weren’t terribly excited about coming up with personal ambitions.  They mentioned that it made them feel put on the spot, or that they didn’t have enough context for their character yet to come up with such stuff, or that these are the kind of things that can and should come out of normal play and don’t need strict rules.  All of that I can totally agree with, and though I wanted to play it “by the book” for the first time ever using these rules, I’m left with feeling like maybe personal ambitions could be axed.  Or maybe just don’t bother with them for a session or two?  The rules do say players can change their ambition between sessions, so perhaps waiting until they have at least one session under their belts will make them feel more invested in the idea.

Party ambitions, on the other hand, went over better.  I basically left it open to the players to decide if they already knew each other, or wanted to roleplay that out.  They quickly decided that they already knew each other.  Then they started trying to work out what were the elements that tied them together?  I told them that we’d be starting on the road, traveling as a group towards Altdorf.  One of the players is an Entertainer, and suggested that they were traveling with his troupe.  They all liked this, and then they riffed it into being some kind of cover or possibly as a means to quickly leave town, and the party started to take on a more nefarious/criminal tone.  They had a Bawd and an Apothecary who pointed out he has a penchant for making poisons.  That leaves the moral compass of the group as the blacksmith who is strongly devoted to Sigmar and routing out Chaos, but he decided that if some money is to be made melting down jewelry into untraceable base metals along the way, he’d be OK with that.  You can see the final tenor of the group pretty evidently in the ambitions they came up with:

Short Term – Make contact with the underworld in Altdorf.

So, I’d say the jury is still out on ambitions.  I definitely enjoyed the group ambitions, and it has certainly directed me to a specific adventure to use as an intro.  I think the personal ambitions might get better after we play a few sessions and the players start coming up with more meaningful ambitions that are in the context of the plot of game.  I am a bit worried though that it may lead to lopsided play – if some players are hitting their ambitions regularly and others just aren’t clicking, it may start to feel “unfair”.  If that’s the case, I think I’ll have no problem tossing personal ambitions and just keeping the party ambitions.  I guess we’ll see what happens once the dice start rolling.