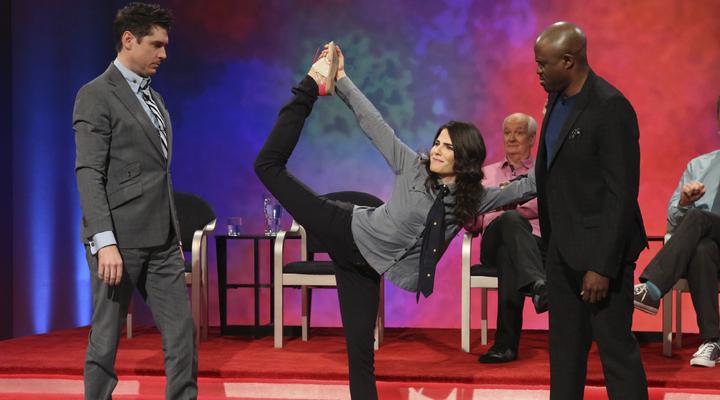 Today’s post brought to you by reader Baquies, who asked the following insightful question:

One of the tenets of the OSR is “Rulings Not Rules” and it is certainly something I have embraced in running games. Something that crosses my mind though is, the reason I am so comfortable making rulings is years of experience with rules. I know what rules have worked, not worked, which I like, and which are worth the trouble. When a situation comes up that there is not a rule, I can draw inspiration for a ruling based on all that collected knowledge.
So I put it for discussion, is that something that a newer GM can be expected to pull off? Is that something a set of games rules can instill?

The mantra “Rulings Not Rules” I believe comes from Matt Finch’s Old School Primer, at least that’s the earliest reference to it I can find, though notables from Tim Kask to John Wick have all waxed poetic on the topic.  My personal favorite high level analysis though is Arnold Kemp’s over on Goblin Punch.  Kemp tells us that it’s about “getting players to stop thinking with their character sheets.”  I’d go one further and say it’s about grounding players and GM alike in the shared fictional world to the degree where common sense trumps any pre-written rules.

Sure, any improv actor will tell you that practice helps – this is why they go to countless improv classes.  But I think they’ll all also agree that improv is always at least a little scary, because you really don’t know what’s going to happen.  This is also what makes it so delightful.  And the best way to have a really good overall session, of roleplay or of improv, is to embrace the unknown and not worry about every line or every ruling being perfect, so long as it is good enough for the situation at the moment.  Keep it moving forward at a good fast clip so you get more shots in, and inevitably you’ll walk away with at least one or two wonderfully memorable moments.

So no, I don’t think having an arsenal of past experiences is really that necessary to pulling off a good OSR game.  Rulings ultimately come up when the GM must react to player action that is unexpected or not immediately obvious how to adjudicate based on the existing rules.  Nine times out of ten the method here is to simply imagine the situation to the best of your ability, come up with a good enough probability that what the player wants to happen will happen using good old common sense, and roll some dice that emulates that probability.  For extra credit, I recommend adding in these three elements:

Ultimately I think the point of rulings not rules is specifically to not be tied to what has happened in the past.  “But last time you ruled it this way!” is just one step away from codifying something into a full-fledged rule. Rulings not rules is about being so grounded in the world and the situation that common sense takes precedence. It is this mentality that ultimately leads to the magic feeling in a roleplaying game that “anything can happen.”

The second half of Baquies’ question was, can a set of game rules instill a rulings-not-rules mentality? I think Arnold Kemp covers this very well. He suggests that to support rulings-not-rules, a system should be incomplete such that there are gaps that require rulings, and it should support rulings by not having too many interdependent mechanics and simple ways to adjudicate rulings. Personally, I think the first part is the most important.

The rules should be light enough that it’s easy to keep most of them in your head without having to reference much written material, and then allow the GM to interpret the details on the fly as needed. I think Delta’s Book of Spells is a great example of this. Each spell is just a few short sentences, telling you the important facts of what the spell does without attempting to detail every possible situation into which they may fit. For example, Wall of Ice tells us how much ice is created, in what shape, and how long it lasts. When the party finds themselves teleported to an inhospitable desert without supplies and the clever wizard says “I cast wall of ice and we fill our canteens from the melting surface”, that use is decidedly not in the rules, but I think it’s pretty easy to apply a quick common sense ruling. And no, I’m not telling you which way I’d rule that, and there’s no reason to note it down because maybe next time the situation is somewhat different.  Maybe that worked fine in the desert, but here in the seventh level of hell it’s so hot the wall sublimates instead of melting.

So can we expect a new GM to pull all this off? Sure, why not?  Or that is to say, I see no reason that an experienced GM would necessarily be much better at this than a new one. Practice does not make perfect in this case. Practice can help, but probably mostly just in building confidence rather than in preparing the GM for every possible situation that might arise.  I think that is the point I’m trying to make – there should be limitless possibilities and thus it should be impossible to prepare for all of them. That’s what makes this game so darn fun.

2 thoughts on “Improv and the New GM”