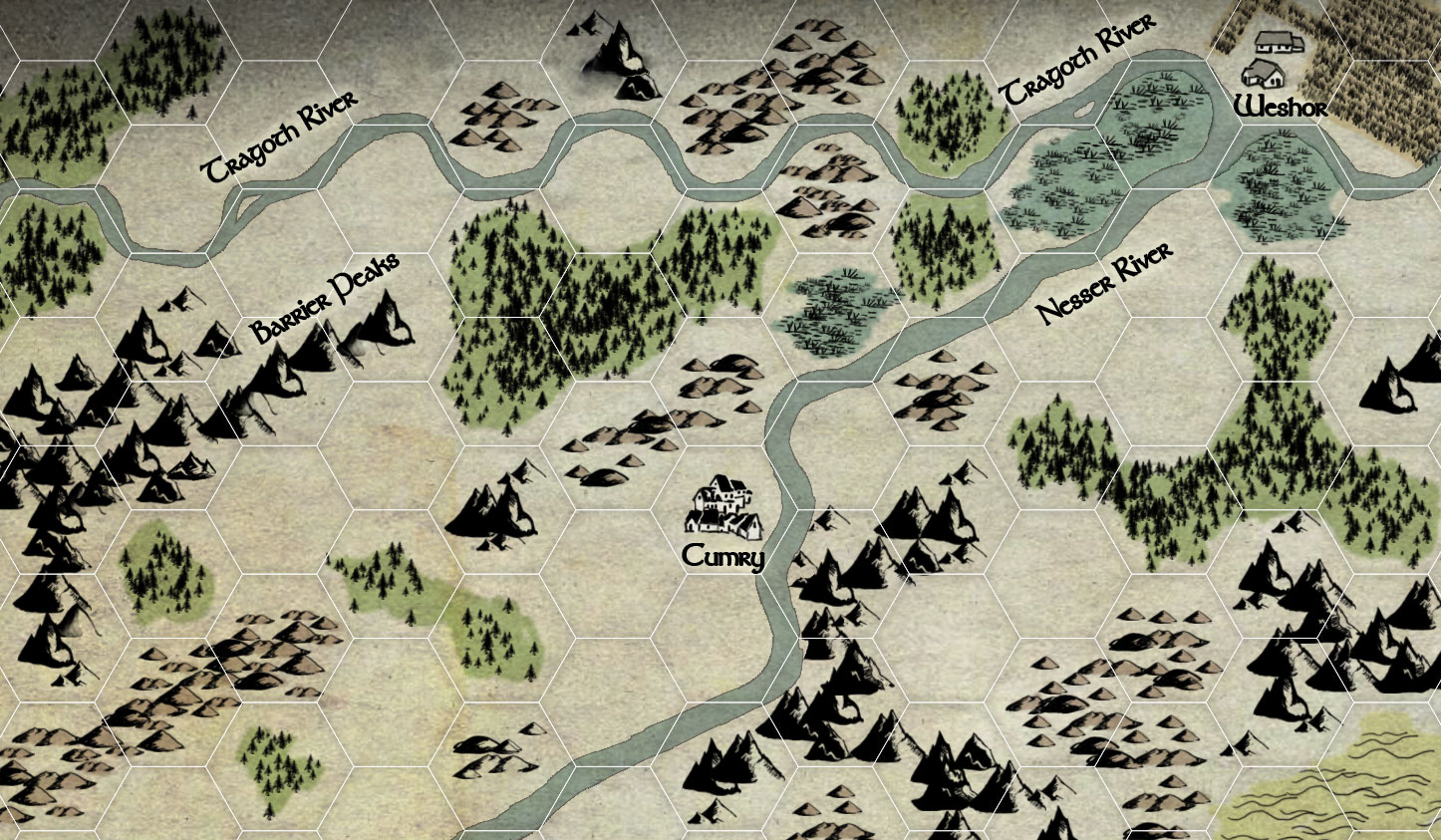 I’ve always loved the idea of running a West Marches style game, and tried once to do one virtually, but I’ve never been able to make it work. I suspect it requires fairly specific circumstances to work, including a fairly large pool of players in close proximity, and at least one or two that are motivated organizers. Strangely, I seem to have fallen backwards into just such a situation, and am now considering giving it another go.

It’s been a while since I ran any kind of game at my office. In the past I’ve used my coworkers as testers for convention material, and as a result formed something of a reputation for running games in the office, but for whatever reason that hasn’t happened in some time. Since then we’ve also had several new hires who are interested in tabletop gaming, and as it’s summer we’re also flush with interns. The end result is that when I idly asked who might be interested in playing a game in the near future, the number of interested players was significantly more than I’d expected.

It so happens that the company’s vision statement specifically calls out story telling and social connection. You can see it right on our website:

Disruptor Beam aims to satisfy the human desire for connection and meaning through the power of shared stories.

So tangentially while discussing how to bring more social play into our games, someone brought up West Marches as an analogous system that brought more social interaction at a meta-level to tabletop roleplaying games. Amazingly it was not me — someone else brought it up and the discussion percolated through the company. The combination of this discussion and idle chat about starting up an office game lead to the obvious conclusion: let’s try running a West Marches game in the office.

To be honest, I remain a little skeptical if it will actually fly, but I’m hopeful enough to put some real energy into it. I’ve started a slack channel and a wiki, created some back story, and told the players to start making characters. It’s pretty much all I can do — at this point the players will have to run with it. If they start scheduling games, it might just take off. According to the original blog posts, the information sharing the player base did became something of a motivational feedback loop.

An intentional side effect of both game summaries and the shared map was that they whetted people’s appetite to play.

I can totally see how that would happen, but to get there the group needs a catalyst, some initial spark from a motivated player to push them down that road. I honestly do not think this is something the DM can provide at all — it must come from the players. I’m eager to see if it happens here, but I don’t think there’s much left I can try to provoke it.

For material, I’ve decided to try and write it all myself just in time. I think this will make the game a bit more fun for me personally, as I’ll get to do a little world building and really craft something unique for this group. But I don’t want to saddle myself with too much work if they start demanding a lot of sessions, so I looked for some short cuts and landed on these two bits of thievery:

The initial setting is that of a boom town, an idea inspired by the Fear of a Black Dragon review of Sacreblue! I liked that a boom town can be fairly large while also being easy to drop in an otherwise unexplored / inhospitable region. I decided the resource for the boom would be a magic berry inexplicably growing along the banks of small streams up in the hills, which the townspeople use to manufacture healing potions. I made the berries a variant of juniper berries, so that I can enjoy a nice G&T while gaming and feel terribly in-fiction.

And that’s what I’ve got so far. The initial chat channel around this game has 20 people in it, but I imagine there’s a fair amount of looky-loos in there. We have a D&D Beyond campaign set up with about a half dozen actual characters in it so far. And I have one player, bless him, who has actually read the initial rumor chart, picked a lead, and is trying to rally together a party to play a game.

So all in all, I’d say that’s a fairly promising start. I will post updates as it goes.