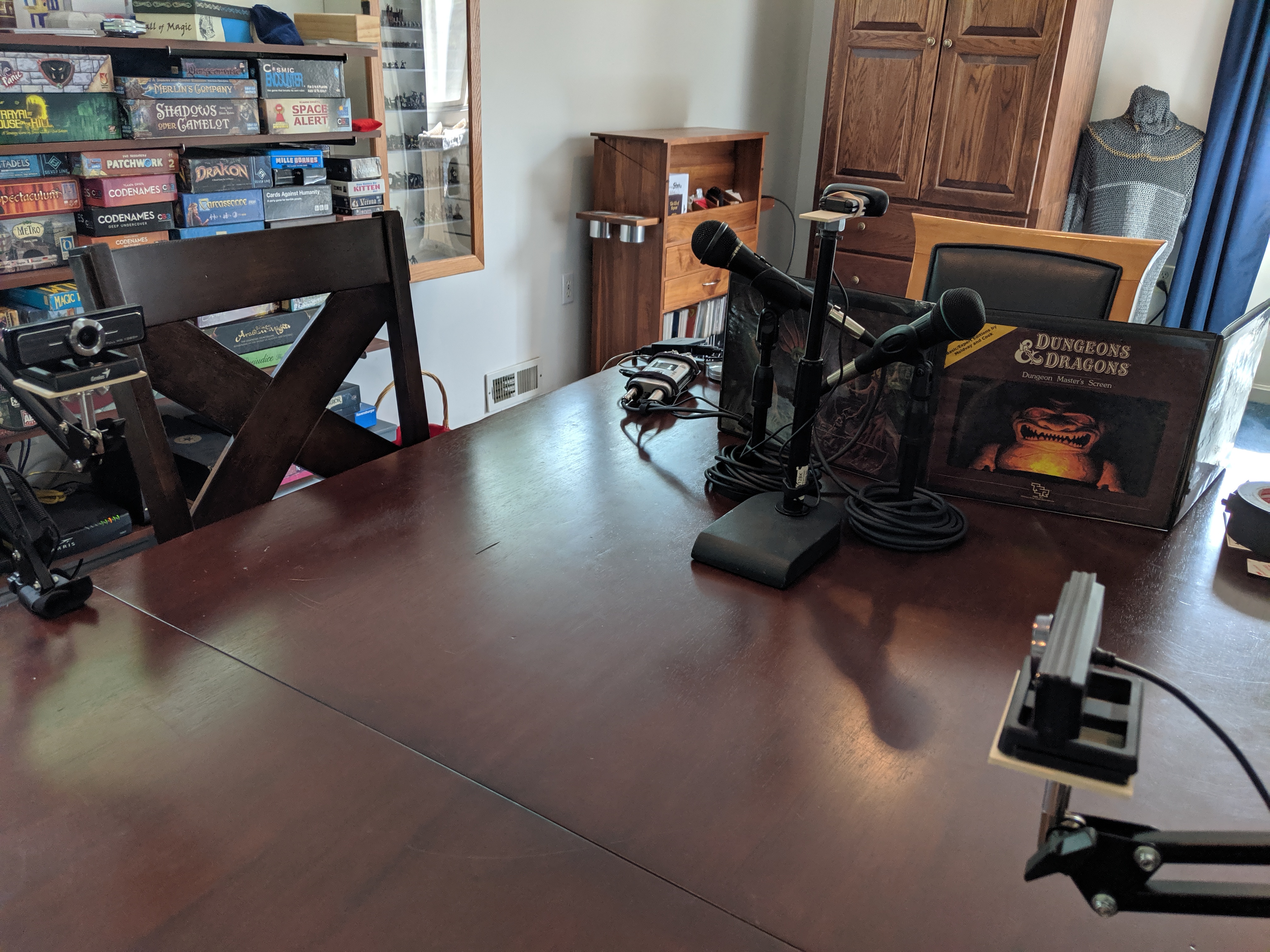 In a little more than 4 weeks I’ll be doing my first live play old school D&D stream. I was going to say that I was “dipping my toe” into live play streaming, but really it feels more like a cannon-ball. My plan is to stream the entirety of my birthday game, which as I’ve posted in the past is a 3-4 day marathon D&D session with my brothers and some friends from New York. We’ll break now and again for meals or the odd dip in the pool, but you can expect pretty much solid gaming to be found going on from Thursday July 4th to Sunday July 7th.

I’ve been prepping for that by slowly setting up a streaming rig in my game room. I’ve heard from several sources that good audio is key. While low-fi video may be fine, if our viewers can’t hear us, they’ll tune out. So in addition to several web cams I’ve also got quite a few mics set up. For the technophiles, here’s what I’ve got so far:

And of course various scissor arms, desktop mic stands, and a ton of gaffer tape to keep it all orderly and hopefully as unobtrusive to the game itself as possible. While a fair amount of this is stuff I already had lying around (took me a while to find a link to the old version of the H4 Zoom I have), some of it is new and will hopefully be of use outside this event. In fact I used my fancy new Blue Yet microphone in our last Wandering DMs stream and I think it sounds pretty good. Certainly it is more convenient to set up at my desk than my previous one (which also involved the H4 Zoom).

I’ve also been looking at sending the stream out to multiple end points, via restream.io. I’ve set up a Twitch channel for us, and of course I’ll also send it to our YouTube channel. I suspect with all this new tech and process, I really should run some tests prior to the event itself, but I think I’d have to get at least 4 guests to sit around the table for that, at which point should we just play a game? Hm, maybe it’s worth inviting a few folks over for some kind of one-shot test run.

1 thought on “Getting My Streaming Rig Ready”