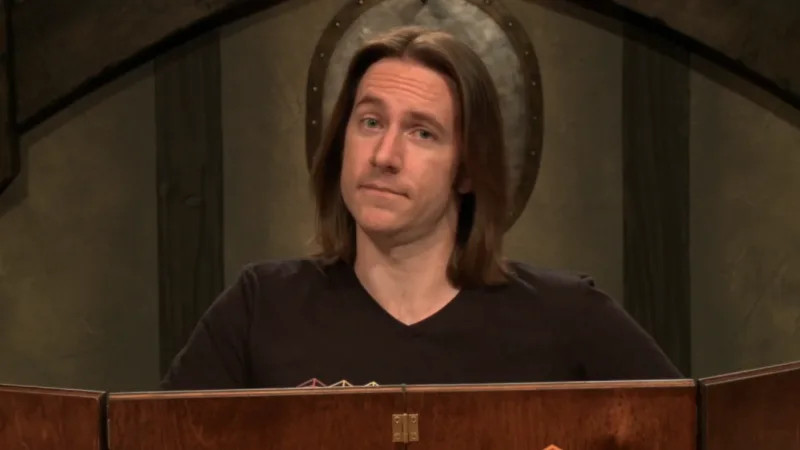 In last week’s Wandering DMs I mentioned the Mercer Effect. I think one of the biggest problems with it is the notion that Critical Role is some kind of gospel on the “right way” to play D&D, a sentiment even Mercer himself has rejected. Don’t get me wrong, I really enjoy Critical Role, but some times there are moments when I groan and think to myself, “I wouldn’t have done it like that.”

This morning I was listening to an episode where the party was investigating a location used to store goods by smugglers (they were working behalf of the smugglers). There they found it had been invaded by evil humanoids, which the party promptly killed. They then sifted through the room and found a big pile of holy symbols, and began conjecturing on what exactly was going on here. Were the smugglers smuggling holy symbols? Did the evil humanoids attack because of this?

It seems they were going down some very wrong alleys so Mercer turned to one of the players and said “make an Intelligence check.” After the roll, which presumably was a success, Mercer described “You think the monsters were probably gathering what they wanted of the contraband here in this location. Like they were looking for something specific but couldn’t quite locate it.”

I have a lot of problems with this. To start, what was the target of that roll? What would Mercer have done if the player rolled a 1? It seems to me like he really wanted to give that info to the players, in which case, why bother with rolling at all?

My biggest problem though is why introduce this information at all, even if it is accurate? Why is it so important that the players have this information? It’s great that the monsters were up to something — I generally always know what my bad guys are up to before the players arrive. However, I never presume that it’s vital to the game for the players to figure it out. This is backstory, what my old creative writing professor called “scaffolding”. It’s the stuff you write to get to the stuff you want your readers to read. It’s only important to you for your process, and should be discarded when the work is complete.

The players have plenty of ways to find this information out. If they really cared, the could have used a Speak with Dead spell to interrogate one of the monsters. They could go back to the smugglers and question them about what was going on before the monsters invaded. They could do countless other things. The fact that they chose not to means it’s not important. The story of the game is what the players choose to pursue, it’s not the events that happened before you started playing. Sherlock Holmes stories are not about how clever murderers kill people, they’re about how Sherlock Holmes outwits clever murderers.

Or at least, that’s what my games are about, so I would never ask a player to make an Intelligence check to then feed them background info on what the party is failing to piece together. Is that the right way to do it, or am I just trading the Mercer effect for the Paul effect? Are my games better or worse than Mercer’s? Maybe they’re just different, and maybe that’s OK.

6 thoughts on “The Mercer Effect”