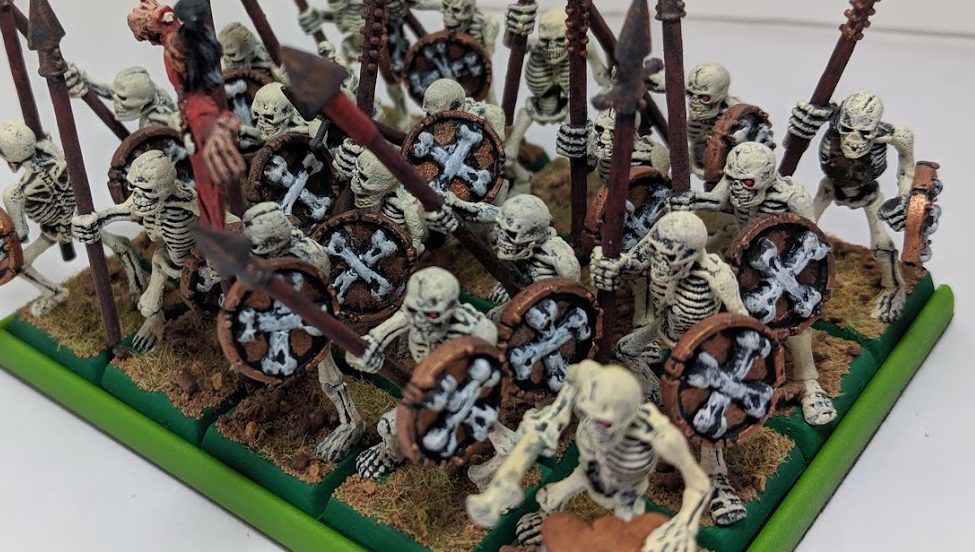 The fully army before I broke it into lots. I chose to keep some of the zombies for general roleplay use.