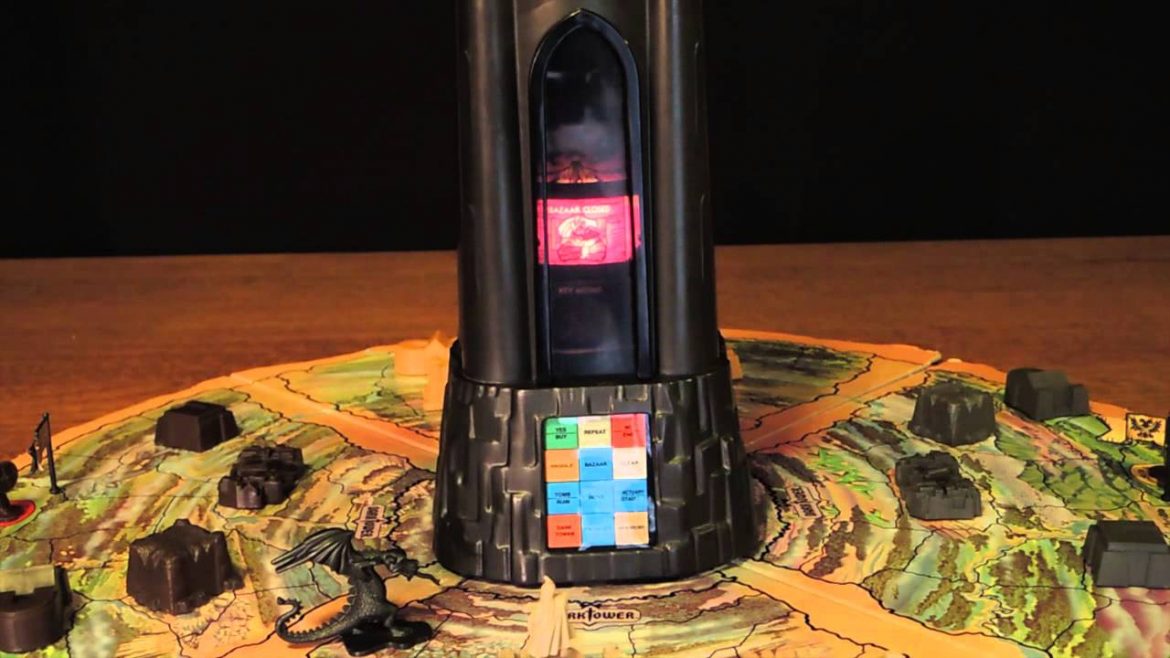 As a kid, I never had the Dark Tower board game, but I knew about it and thought it looked pretty sweet. I think even back then it had a rep for the electronics being pretty flakey, and these days it seems pretty rare to find a working copy. Several years ago, after introducing Delta to Barbarian Prince, he showed me an online Dark Tower simulator which was the first time I ever actually got to play the game.

I posted about it back then, and specifically opined about the general lack of smart-phone powered board games. Since then a few have cropped up, for example Harmonix’s Drop Mix, though I think it’s still an underutilized idea. I’d love to see more board games that incorporate an app run on a mobile device. I still think the idea of a smart-phone powered Hero Quest, where a virtual DM populates the dungeon and maybe even moves the monsters would be killer.

Anyway, back to Dark Tower. Recently the very clever internet algorithms have decided I would definitely be interested in this new revised version of the game currently on Kickstarter, and the following ad has been all over my browser:

OK, you win internet robot overlords, I’m in. In a rare case of self restraint I realized that it’s highly unlikely I’d play this game so much that I need all the expansions, so I only went in for the base game. I’m tickled by the idea that while it does incorporate an app for plenty of sophisticated computer-run gameplay, they still saw fit to make a physical electronic tower as well. I mean, why give up on a gimmick that so clearly worked in the first run, right?

I know, I know, I have a board game problem. The number of games that sit unplayed on my shelf is out of control. Unfortunately by the time I’ve roped enough people into devoting time to sit down and play a game together, inevitably we question why we’re not playing a roleplaying game. Nevertheless, I have high hopes for this one. When it arrives, which knowing the way Kickstarter stuff goes could be years away, I’ll be sure to at least post a review. Or maybe I’ll convince Delta to come over for a live stream of us playing it together. I mean, this is all his fault after all.

3 thoughts on “Return to Dark Tower”