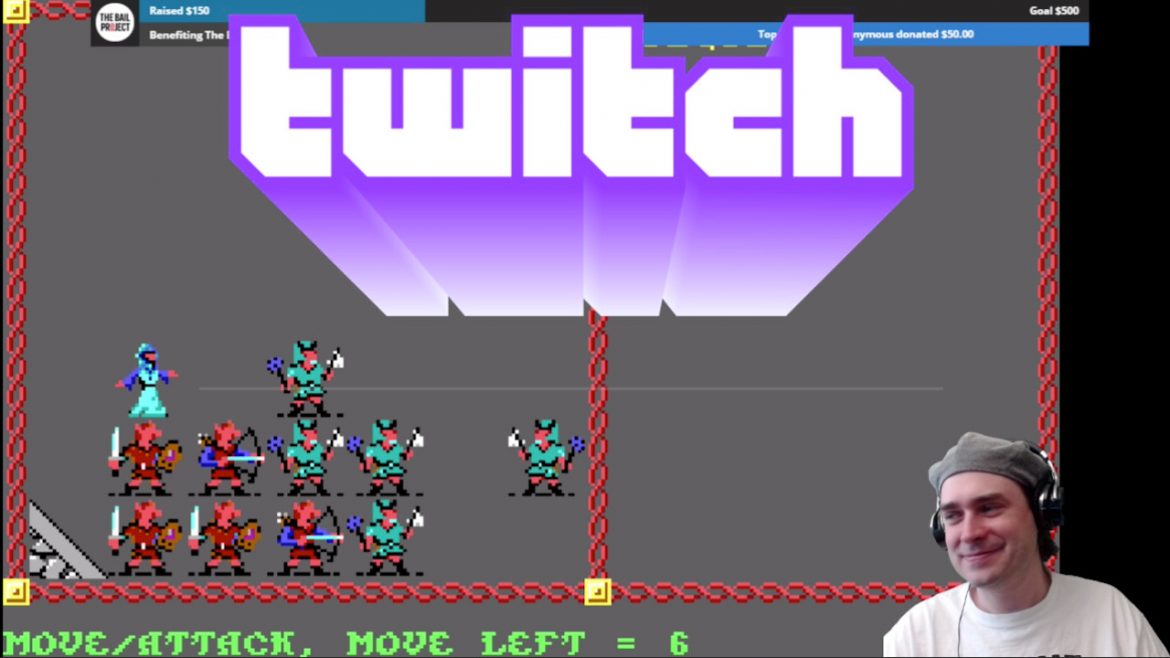 OK readers, this is a strange new world for me. We’ve been streaming Wandering DMs to both YouTube and Twitch for some time, though our YouTube presence has always been stronger. Admittedly we haven’t tried very hard to understand and engage with the Twitch audience, so I decided to try and rectify that by doing a little of what Twitch was built for – streaming video games.

And because this is the way I roll, I started by dredging out the first video game I ever purchased as a child, the original SSI Pool of Radiance. I have strong memories of saving up the astronomical amount of $55, heading out to the Electronics Boutique at the mall, and picking up this gem. It remains one of the only games I’ve ever played to completion, and possibly the only game I’ve completed more than once. I played it in shades of green on a Tandy16, in glorious EGA color on my 8086, and eventually in various emulators. Currently I’m using DosBox and some ISOs ripped from a CDROM re-release to relive the glory days.

Am I learning anything? Well, not much so far, mostly I’m realizing that I don’t remember enough about this game to be any good at it. Also, I have yet to attract any kind of audience, so it’s mostly just me playing video games and talking to myself, which if I’m honest is how I usually do it anyway. But I intend to keep at it – over the summer months my schedule is very unusual. While I have lots of projects to eat up my time, I think having something light and easy like playing some old video games in the name of research will help my sanity. Plus by telling myself I’m trying to figure out how to engage with the Twitch community, I won’t beat myself up too much about not spending the time on something more productive.

Also, I hope eventually to graduate from nostalgia and start streaming the game Drake Hollow when it releases next month. This is actually the game I’ve been working on for the last three months. My contract just ended yesterday, and it was a bit bittersweet leaving the team. They’re a great group of devs, and they’ve made a fantastic and beautiful game here. It’s actually completely unprecedented in my career to want to play a game I’ve worked on after it releases like this.

That could be due to the short duration I spent with them, or the fact that it was already so close to done when I joined the team. Either way the game was very fresh and fun for me, and I think it will stream really well. I’m super looking forward to actually playing the thing like a regular player, and maybe seeing more than just the first ten minutes of the game for a change. Yeah, for those who maybe think video game dev is playing games all day – no, I spend most of my time isolating problems in boring repetitive ways to try and fix them. It’s satisfying work to do, but it’s hard to call it “fun”.

I’m not sure if watching a game dev who worked on a game stream it adds to the enjoyment of the viewers at all. Frankly, I don’t really care, I just want an excuse to play the thing. If you’re interested in checking out this game with me, or want to watch me fumble about with old SSI gold box games, come check out twitch stream here:

2 thoughts on “Paul’s Gameblog on Twitch?!”