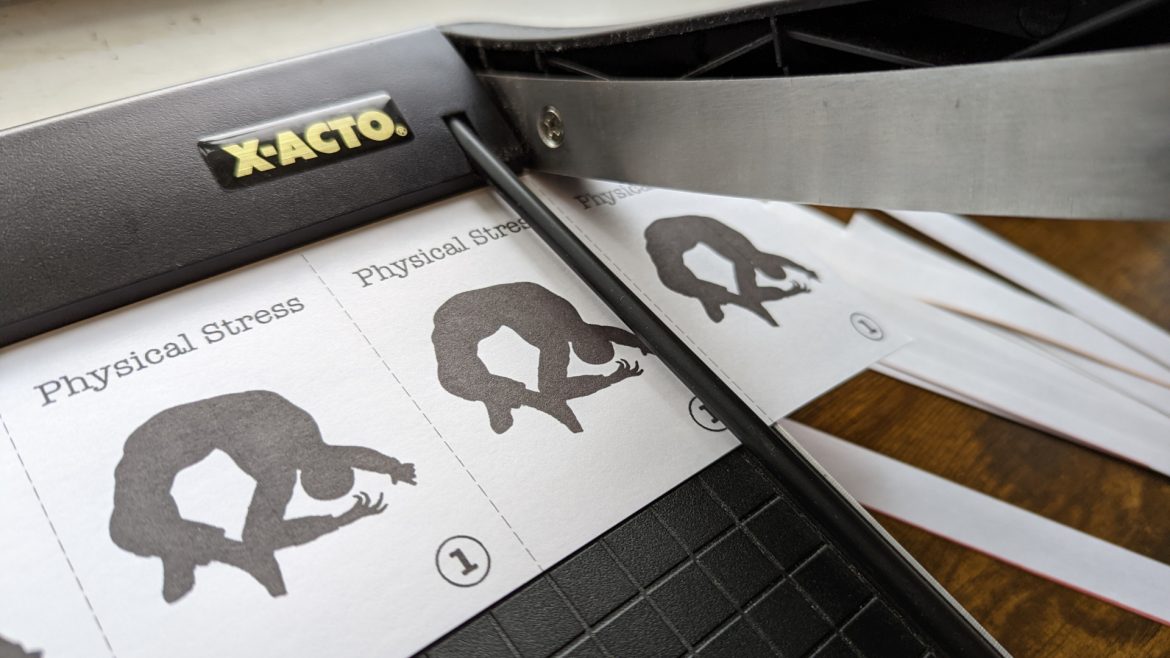 I was supposed to be posting an art update here, as there has been some movement in that area. But surprise! Fearful Ends is going through some last minute design changes. And it’s all Jason Morningstar’s fault.

In case you missed it, Jason Morningstar, acclaimed game designer and creator of such games as Fiasco and Desperation, appeared recently on Wandering DMs. We were quite excited to have him and the conversation was lively and engaging. And then amazingly at the end Jason asked us what we were playing and I mentioned play-testing Fearful Ends and Jason graciously asked to see it. So I sent him the copy I’ve been using for play-tests.

Now, to be clear, we’re in art and layout right now, which is pretty much the end phase of getting this thing up on kickstarter. It’s really kind of late for big design changes. But when Jason Morningstar offers feedback, why on earth wouldn’t you listen? I was hoping for some editing suggestions or tips for marketing, which he did provide, but then he hit me with a big idea that was just too good not to pursue.

“The wound rules are confusing,” he said, and I was not surprised to hear that. “The mental damage rules are totally different and feel intuitive and evocatove. Why not model the physical wounds on that?”

Oh geez, how did I not see that idea? Wasn’t right there staring me in the face? Wouldn’t it be awesome to have a card based system for physical wounds that’s light and fast? Wouldn’t it be lovely to explain at the table “physical stress is just like mental stress, except for these few small things…”?

It’s just too good an idea to pass up. So I emailed my art team and apologized profusely. Folks, I said, I’m sorry for the last minute monkey wrench, but I have to try out this idea. If it works, it will increase the production cost of the cards, it will be a total re-write of chapter 3 plus touch a couple other chapters as well, but it could make the game so much better. They were kind, they pointed out where it will impact their work and the costs of the project overall, but were generally supportive of anything that makes the game better.

So here I sit today, scheduling yet more play-tests and printing out some early prototype cards for what could become the “Physical Stress” deck. It’s exciting, it’s terrifying, it’s… well, it’s double the stress. Brilliant.