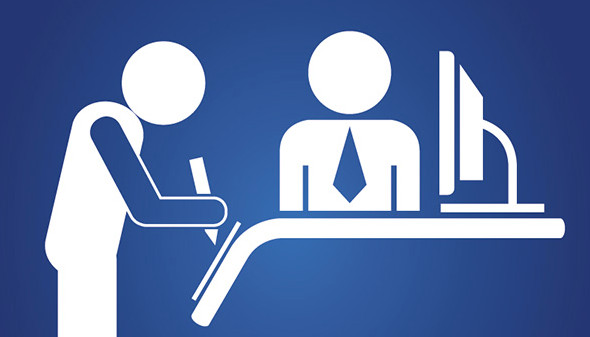 Well, I got through GaryCon registration today, and it was probably the second or third worst convention registration I’ve been through.  GenCon clearly takes the cake in awful registration experiences, but this one definitely had me loudly swearing at my computer.

GaryCon uses TableTop.Events for registration, which I’ve used before for Carnage on the Mountain, and I think is pretty serviceable.  It’s not the best system out there, but it’s way better than most custom systems conventions have these days.  Honestly I still hanker for the old pen and paper days, because while perhaps slow and tedious, at least they were never down right frustrating.  The problem with the immediate gratification of web-based registration is that it forces our brains to work as fast as the computers.  Now we race against each other as we try to scoop up tickets before they sell out, or when they do sell out we must race through the catalog to try and find a replacement without really having enough time to consider the options.

My usual process for online convention registration these days is to grab listings ahead of time (fortunately most conventions publish them well in advance of opening registration), and build my own little spreadsheet of my favorites ordered by start time.  I highlight my first choices which basically builds an ideal schedule, but then in the rows right next to any given game are plausible substitutions.  Then when registration opens I plunk in the numbers and start purchasing tickets, adding in substitutions for anything I get blocked from.

One thing that GenCon registration actually gets right that’s missing from TableTop Events is the ability to just drop a big list of IDs into a single text box and press “buy all”.  That would be ideal – just let me drop my whole schedule in as a single operation, and tell me which ones I missed out on.  Then I can grab my substitutions and do it again.

What was so bad about GaryCon then?  Well, it turns out they have this interesting system that I’ve never seen at any other con called “featured events”.  They sell different tiers of badges (silver, gold, platinum, etc.) and that limits how many featured events you’re allowed to buy tickets for.  That said, the number is always low – you get one featured event for silver, two for gold, and so on.  I think they limit the total number of upper tier badges as well, and the upper tiers also get other benefits – access to register early, free t-shirts, swag, a special reception, etc.

What was really infuriating is that the designation of what is considered a featured event is in a kind of hidden column in TableTop events that you have to turn on, called simply “Special”.  I imagine that’s their way of supporting whatever custom thing any individual convention needs – again, I’ve never seen a system like this at any other con.  More surprising though was how many events were marked as featured.  It was way more than I would have ever imagined even if I was aware of the system.  Unfortunately I did not notice any of this info when planning out my registration, so it turns out the large majority of events on my spreadsheet were in fact featured events.

I bought one ticket, and it filled my featured slot without my knowing.  The second event on my list was already sold out, so I moved on.  I tried to buy my third event and it hit me – “Error: silver badge only allows purchasing of a single featured event.”  What?  I moved on to another event.  Same error.  By the end I managed to only buy three events.  I was looking for about 7 for a full schedule.  I went back and started manually digging through events looking for non-featured substitutes.  I found the hidden column, which helped.  I was also texting Delta while doing this who was going through the same thing.  We were hoping to end up in at least a couple of games together, and it was starting to feel like that wouldn’t happen.

After I got to the point of having at least filled my schedule, I went back to review and see if I really was using my one and only featured slot on something worth it.  Not really, there were other featured games on my list I would have preferred.  I did a little swapping around and got into what felt like a better use of my one featured ticket – a game of the original Braunstein run by David Wesley himself.  Frankly, that’s the kind of game that sounds to me like something that deserves the moniker “featured”.  Sorry random OD&D and DCC games with GMs I’ve never heard of before, nothing personal, but I just don’t think you belong in quite the same category.

Now that the dust has settled I do have a schedule that I’m reasonably happy with.  Again, one of the awesome things about this convention is that it’s just chock full of games I’d love to play.  That said, I am signed up for at least one random game of Cthulhu the likes of which I could probably have played at any convention, but I needed to fill that slot with something and all the good stuff was featured.

In retrospect, I think it’s actually not a terrible system.  It kind of democratizes the process of game registration, especially if you can identify the “big ticket” games ahead of time.  Everyone will at least get to play in one really cool game it seems, and perhaps it helps down-play the low-ping bastard effect.  I just wish I had known about it ahead of time.  The site doesn’t do very much to draw attention to this system, and TableTop Events basically makes it completely hidden.  While I’m at it, TableTop Events also has the game system and host name fields hidden by default – that seems an unusual choice.

Assuming I attend GaryCon again in the future, I think I could make a better go of it.  I’d probably at least spring for the gold badge – for an extra $75 you get a t-shirt, early access, and a second featured ticket, that feels like a reasonable up-sell.  But also just knowing that I should be looking for the single top featured game I really want, grab that first, and then fall back into only looking at non-featured games would really help.

And if not, hopefully recording my thoughts here helps someone else in the future.  Happy gaming all.