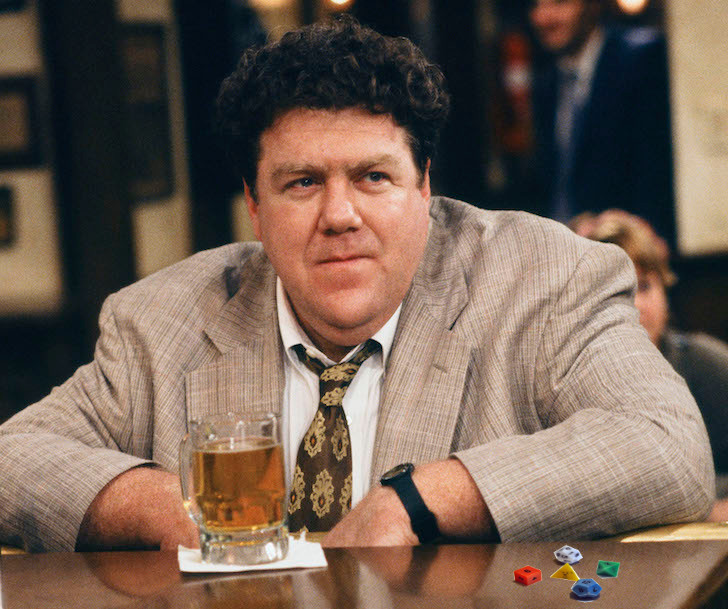 I’m just back from TotalCon and still feeling pretty sleep deprived.  Still, here are some quick highlights and impressions from the convention while they’re reasonably fresh in my mind.  I may have more to say on specific games in the future.

Overall the convention felt bigger to me this year.  I can only think of one game I was in where there was an empty table in the room, generally every table was in constant use, and I frequently had to scrounge for chairs when GMing.  Keeping the noise in check was often difficult, though everyone is always very understanding when asked it to keep it down a bit.  The one case where I had a game in Zachary’s, otherwise known as where the hotel serves breakfast, it was completely full of games.  In the past I’ve only been dimly aware of stuff going on in that room, and generally believed that it was not used much for gaming space.  While ultimately I’m glad to see the convention thriving, I am worried that we may outgrow the space quickly if this continues.

I was happy to see the return of the list of sign-ups at my table for each game.  It was nice to know how many people I was expecting, and be able to give the unticketed early arrivals a reasonable expectation of how booked my game was.  I keep forgetting that they’ve also done away with generic tickets.  Also a good idea, but one I just can’t keep in my head.

My Bossfight for Breakfast games were well received every day.  I think they serve their niche well — folks who come to play all seem to really appreciate having a quick game in what would have otherwise likely been dead time.  They do see a lot of turn over – I usually had a close to full list of sign-ups, of which a couple did not show, and then at least a couple drop-ins as well.  For example the last one I ran had seven names on the list of which only four showed up, but then I had four drop-ins for a full table of eight.  Only one of them did not fill up (I had six players), and the third I actually had to turn a couple people away.

Checkpoint Zulu went well.  For the time being I’ll remain cagey about it for fear of spoiling the game for potential players.  I may post details later with a break to keep the spoilers safe.  I will definitely run it again at least at HelgaCon and Carnage, and may look for a chance for another private run for folks who either don’t attend those cons or do attend and are just also always running their own stuff.

Sadly, my Outdoor Spoliation game is cursed.  The fist time I tried to run it we totally missed the convention, the second time I only had two players show up.  For this the third attempt I got just one player.  The silver lining was then dropping into an excellent game of Lady Blackbird run by a good friend with a table full of great players.  I think this time the listing had a part to play.  Here’s what I submitted:

OD&D Volume 3 states that “offhand adventures in the wilderness are made on the Outdoor Survival playing board,” and that’s just what we’re going to do. Players will mount a monster-hunt and treasure-retrieval hexcrawl adventure in a variegated wilderness environment. Uses the Original D&D rules (OED variant) and the recommended Avalon Hill Outdoor Survival boardgame map.

Unfortunately the quotation marks fouled up the database (escape your text people!) and thus the convention book just said:

Sigh.  I saw this when the listing first went live and reported it to the organizers.  They fixed it online, but I guess the book had already gone to print, because it definitely had the shortened text.  At this point though I think this is three strikes and this game is out.  I’ll leave it to Delta to run this thing (it attracts a huge crowd at HelgaCon every year), and move on to other games myself.

I got to also play a game of Swordsmen and Sorcerers of Hyperborea, which was pretty fun, and the annual Car Wars followed by viewing of Rocky Horror which were both excellent.  Rocky was better attended than last year, possibly simply due to increased attendance at the con as a whole, which definitely improved the experience for everyone.  And of course I got to see lots of old friends and make a few new ones, making TotalCon the definitive Cheers equivalent of my gaming life.