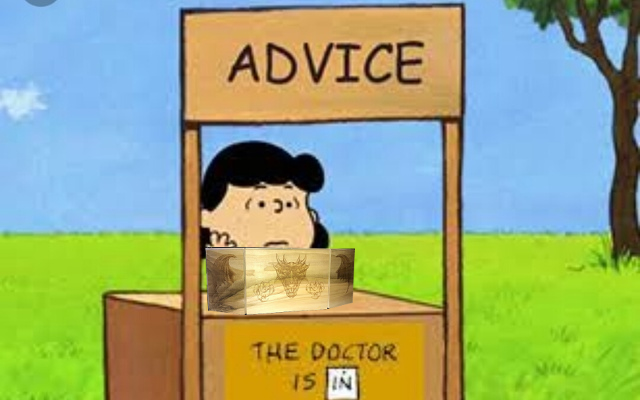 I recently had the pleasure of playing in a D&D game that was a friend’s first attempt at DMing. He did a great job, and has the benefit of having a pretty excellent group of players if I do say so myself. At the end of the session though he asked “any advice for a new DM?” Well, I gave him some few minor notes, but it got me thinking of what general advice I might have for any DM new to working behind the screen. Here’s what I came up with:

1. Make it up. Inevitably all DMs, new or old, get to a point in the game where they’re not sure how something works and are tempted to go flipping through a rule book. Fight that urge! Make something up on the spot and keep moving. Keeping the game moving is far more valuable than getting a random ruling exactly right.

2. Don’t feel beholden to what happened last week. On the flip side to point #1, feel free to go looking up the rule after the game so you can get it right next time, and don’t feel just because you set a precedent last week that you have to stick with it forever more. Rulings made on the spot have a shelf life of about ten minutes. The next time it comes up if you remember the rules feel free to use them, and if not feel free to make it up again.

3. Set the stakes. When a player comes up with some interesting action and you feel inclined to make them roll some dice, figure out what the rough outcome will be for both success and failure before making them role. Even better, say it out loud so they know what they’re getting into. The problem is that we’re often not prepared for failure, but we feel inclined to make the player roll dice because the action should be “hard”. Then we’re stuck not knowing what to do when they flub the roll. Eg:

Player: Since the orc shaman is standing right next to a cliff and not holding any weapons, I just casually walk right up to him and give him a good solid shove off the cliff.
DM: OK, roll a Dexterity check.
Player: I got a three.
DM: I guess nothing happens.

I think we end up with boring failure results because we’re moving quickly and we didn’t spend some time thinking it out before the dice hit the table. Also, saying the stakes out loud lets the player know what they’re getting into, and they won’t be pissed if the failure result is worse than they were expecting.

Player: Since the orc shaman is standing right next to a cliff and not holding any weapons, I just casually walk right up to him and give him a good solid shove off the cliff.
DM: OK, I guess it’s easy to shove him and he doesn’t know what you’re doing as you approach.  But when you push him he’d probably try to grab onto you for stability. I guess either way he’s going off the cliff, but make a Dexterity check and if you miss the roll he grabs onto you and takes you with him.
Player: Totally worth it… crap I got a three.
DM: You both go plummeting off the cliff. Hang on I need more d6’s for all the falling damage you’re going to take.

4. Or just don’t roll. Sometimes the player comes up with something that sounds awesome and you think is totally within their abilities to do. Rolling a die and then having to deal with rolling a one is just not fun for anyone. Screw it, just let it happen without rolling dice.

5. When in doubt, ask the dice. On the flip side, sometimes a player asks a question about something totally unforeseen. “Is the priest wearing any metal?” “Are there torches on the wall?” “Do these orcs have the same tribal markings as the ones we fought two weeks ago?” Come up with some odds and roll some dice. Not sure what the odds should be? The answer is 50/50. Roll.

2 thoughts on “Advice for a New DM”