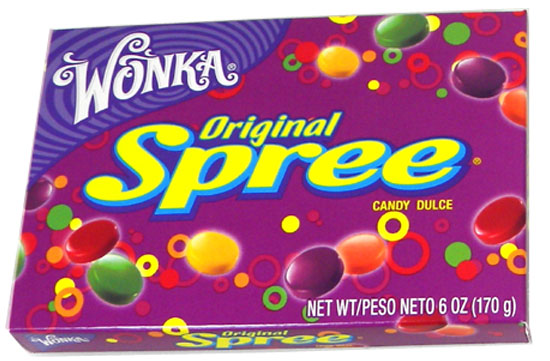 More Checkpoint Zulu spoilers inbound! I actually have two more instances where I know I’ll be running this game. The first is Carnage on the Mountain coming up next November. We haven’t done game registration for that one yet, but usually when a game does well at the other conventions I end up bringing it there as well. The other is a private gathering at my home in early June, mostly for folks who also run games at these conventions and thus never get a chance to play what I bring. I’m kind of tempted for that one to relax a bit on the pacing since we won’t be under the time constraint of a convention schedule and see where the game goes. OK, hopefully that was enough text for a buffer – on with the spoilers!

Drugs play an important part of the plot in Checkpoint Zulu, which plays well given the 80’s vibe of the game. Initially they were a minor point – just an excuse for why sometimes these magic portals between psychics open up. I invented a fake psychotropic drug called “Spirit”, a play on the attribute in Savage Worlds of the same name that represents a player’s willpower. Spirit is the base attribute for the psionics skill, so a drug named Spirit that enhances those abilities makes a certain degree of sense. The general idea was that if two psychics take this drug at the same time their minds get linked and it creates the other-worldly conduit through which they could phsyically pass.

To give the drug veritas I started coming up with some slang terms for it, as real drugs all seem to have at least a dozen slang names each. I thought of using the French for Spirit – Esprit – based on the term “Esprit de Corps” which also has ammusing connotation in the ability of this drug to create a connection between two individuals. Then I mangled that to the shorter “Spree”, and then I realized I had my route to a physical prop. I bought tiny little baggies and into each I dropped two pieces of Spree candy. I swear you can put anything into little baggies and it looks like drugs. In this case Spree is great as it’s very colorful, has no discernable markings, and has some physical callbacks to how LSD is ingested. I’ve actually found that in practice I have to assure my players when I hand it to them that “it’s just candy, you can eat it if you want.”

So, in the plot of the game I had decided that spree was actually created in East Germany, where they are forcing their prisoner-patients to take it as part of their experimentation. There’s some lovely hints of MK Ultra there, and since my Western doctor is an American, I decided his research was in fact based on MK Ultra and maybe he has some classified documentation of such that the Stasi would love to get their hands on. And there’s another physical prop – this lovely PDF full of very scary declassified MK Ultra details. But I digress – the drugs naturally would not be contained and so someone is smuggling them from the East to the West where they’re sold at profit as a party drug. Thus, at some point I roleplay a dealer that gives a free sample one of the party members as they make their way through the city on other business. That way when they realize it is needed to create the tunnel, they have some on hand.

As for mechanics of taking the drug, I decided in general it was pretty light to regular folks, giving them energy and slight visual hallucinations (the colors, man!) If the user is an active psychic though its potential is unlocked – the psychic gains some power points back and must make a Spirit roll or draw an insanity card as they are filled with psychic energy feedback. The players in my first game loved it, especially the psychic player. I think part was the physicality of it, but another part was that ability to choose to go over the brink. The choice to gain a bunch of power at the cost of falling deeper to insantiy is an easy one to make, especially when going insane is half the fun of the game.

So for future games I pushed on it harder. First of all, as already mentioned, there are now two psychic characters in the game, so twice as many people get to partake. Secondly, I amped up the effects – every dose requires an insanity card, psychic or not. I gave more power points for each dose, and added in unlocking of new powers. The psychic who can read minds discovers that with enough drugs he can start to control them as well.

I also modified some story elements of the game. I made the drugs more prevelent, and even changed a whole scene that was originally just a drop of cash for intel to involve the drug as well. Now the party is quickly seeing the drug everywhere they turn, and it’s clearly important to the plot. This is a lesson I leanred in Mazes and Monsters. Give the party a hand-out and they might pay attention to it. Give them three copies of same hand-out three different times and they’ll be chomping at the bit to figure it out.

So, there you have it, drugs in Checkpoint Zulu. This was one of my better edits to the game, and I’m sure it’s improved both the flow of play and the cohesiveness of the plot. Next time I’ll touch on an edit that’s given me a bit more trouble.