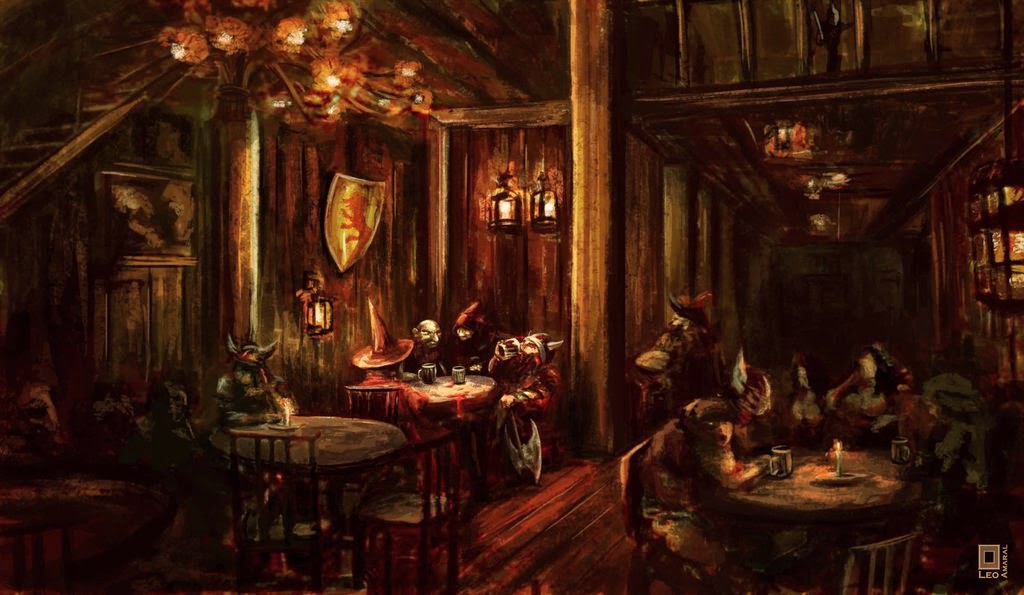 I am actually really enjoying listening to the Enemy Within podcast now – it has become my regular commuting sound track. It helps that I’m also reading the Enemy Within modules and am staying about one book ahead of the podcasts. There’s a certain enjoyable part of GMing when you know the details that the players in front of you are trying to figure out. It’s like a kind of schadenfreude watching them make totally incorrect assumptions, or hearing one player hit the nail on the head just to have another cast doubt on his conjecture.

I especially enjoyed the long serious discussion the players had about involving themselves in certain plot points which knowing the content really devolved to “do we want to play this adventure at all?” Tim, the GM, amusingly mentions this to the players later in the podcast, and I find myself very curious what he would have done had they decided they wanted no part of it. Do you try and push them a little harder into it, or do you just move on to stuff later in the books or go off-book and invent new content? Personally I hope if my players hit the same point I’d opt more for the latter, but we’ll see what happens if/when I get to run this.

Another interesting thing I find myself contemplating is how to run character creation. Tim actually made some custom rules to push the characters into creating characters vaguely like the pre-gens included in the module, and even iterated on this in a second doc with thoughts on how he’d tune it if he were to do it again. It’s an interesting half-step between using pre-gens and letting the players make whatever they like. I suppose it must have helped to make the characters more likely to fit into the setting of the module, though I’ve definitely heard stuff on the podcast that suggests some players are a bit more bought into the plot than others.

Personally, I think I’d rather let the players make whatever they want and then figure out how to adapt the game to what they made. It speaks to how I like to run my D&D campaigns – I like using a variety of pre-written modules, and really enjoy figuring out how to weave them together into the campaign as a whole. It’s like quilt-making – I’m taking pieces of this and that, a one page dungeon from the internet here, the crazy idea or background the players made up there, and sewing them together into a final product that is far more than the sum of its parts.

Tim started his campaign not by going directly into The Enemy Within, but by adapting an intro scenario called The Oldenhaller Contract to get everyone’s feet wet and comfortable with the system. After reading that module, I started also poking through various other intro or convention Warhammer FRPG scenarios I’ve accumulated over the years. Many of them would also do the trick, and I think I may try to have as many of them on hand as possible to choose from after I see what kind of characters the players make. For example, the adventure Ruthless by Dale Elvy is a great intro if the party has a lot of underworld types (thieves, tomb robbers, etc.) while A Friend in Need by Mac Dara MacDonnacha would fit well for a group of itinerant / traveller types (coachman, vagabond, etc.)

Seems at least a little more interesting than the old standby of “you all meet at a tavern.”