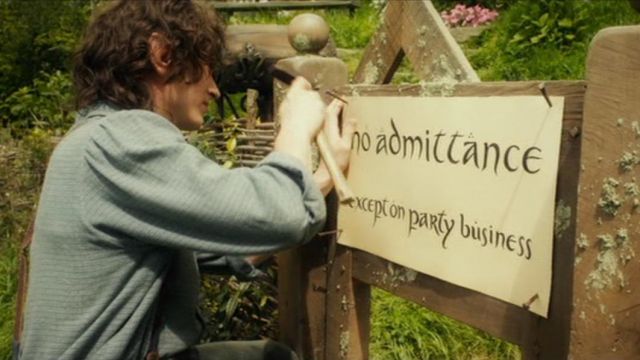 I spent all day last Saturday cleaning, shopping, and generally getting ready for my upcoming birthday party. This one is especially interesting as I’m adding an exciting new wrinkle – streaming. Dan and I have been streaming every other week for some time now over on our channel Wandering DMs. We generally focus on “behind the screen” chat and DM advice, but recently some viewers have requested that we live stream an actual game. Since Dan always comes up around this time of year to play D&D over my birthday anyway, we figured why not use the opportunity to give the fans what they want?

For several years now Dan, his partner Isabelle, my brothers Max and Christian, and recently Max’s girlfriend Lauren have been coming up around my birthday to wish me well with several days of intensive D&D playing. It started out innocently enough – Dan wanted a way to run something longer than 4 hours and did not have a regular campaign back then. I’ve always been sick of having my birthday steamrolled by the 4th of July vacation (my birthday is the 6th). So I invited Dan and the others up. I figured I’d beat the vacation problem by making my house the destination, and Dan could run some D&D for us.

At the time I think I assumed it would be much more casual, with the D&D interspersed with other relaxing activities like barbecuing, swimming in the pool, maybe even seeing some fireworks. Bless my friends, they turned out to be far bigger D&D addicts than I credited them, and so the weekend has became almost entirely filled with gaming. Sure, we still break for food or the odd swim. We get pretty aggressive with our pool volley ball set. But mostly we play D&D.

Anyway, this post was meant to be my pitch to get you guys to come watch the stream, and I think I may have veered off course a bit. So, what do we have in store for you? Well, to start, this is a continuation of last year’s game, when I ran Dyson’s Delve. I wanted to see last year if I could give the game more of a “campaign” kind of feel. There are several posts about the dungeon itself and the data I collected about the party’s exploration of it. All those posts have been tagged Birthday D&D, if you care to review. I recommend the last one for more highlights than deep analysis.

To better whet your appetite, let me try and remember some of the details. Our party was a group of elves, drawn to the town of Restenford (yes that Restenford, I lifted it but replaced what’s on Bone Hill with Dyson’s Delve) with the promise of adventure and riches. Rumor was that a group of monks would pay handsomely should anyone be able to retrieve the lost reliquary of St. Ulther from under the recently discovered crumbling remains of the old Temple of Summanus. The woods nearby were said to be crawling with goblins who led regular raids on the road to Restenford, and some said that as a result the goblin king must be rich indeed.

Our party of elves experienced a little bit of culture shock in arriving in the human lands. The warriors Jannik Moonstroke and Wilder both spoke only elvish and required their fellows to translate for them. The wiley Audr the Arrow, upon talking with the monks, was further entrusted with a sacred quest to find Ulther’s sword, said to be imbued with the very power of Summanus himself. A second thief, Henrod the Handsome, was alarmed to discover that his renowned elvish beauty was not appreciated by the thuggish humans as he expected. Finally, the party was joined by Grilmir the Grim, an doughty elvish warrior who was eager for any chance to leave his troubled past in the elvish lands and evade the law keepers there, and Nabil, considered delicate even by her elvish comrades, and was therefore considering focusing more on expanding her innate knack for magic.

In their first foray into the basements of the old temple they fought several goblins and their hobgoblin boss, discovering a cache of wealth hidden under the hobgoblin’s desk. They left it secured there while they continued the search for the reliquary. Eventually they discovered the reliquary behind a wax sealed door in a room laden with dangerous traps and guarded by a foul zombie. Barely making it out with the reliquary they went back to retrieve the box of cash only to discover someone else had removed it. They retreated to town with their prize vowing to return for the lost money box.

On their second trip into the dungeon they plunged deeper into chambers full of goblins, and discovered that they were being controlled by a group of hobgoblins who orchestrated the raids on the human travelers of the nearby road. With hobgoblin military guidance it was no wonder they were so successful. Destroying these enemies the elves also learned of a schism in the goblin tribe. The party decided that it did not matter if they supported Big Gut or Doorfak — all goblins were to be put to the sword. The elves returned to town with the recovered wealth from the hobgoblins and felt very accomplished indeed.

Alas, their third trip into the dungeon was far less successful. The elves found themselves deep in old crypts, the lowest level of the old temple. They knew the goblins must have tunneled up to this level, but they were harried by the undead and found themselves exhausted before discovering the connection. They returned to the surface with some treasure recovered from an old forgotten tomb, but mostly disappointment.

In their fourth descent the elves at last uncovered the den of the remaining goblins, lead by Big Gut. They also found the creatures responsible for keeping the goblin factions separated — a pair of deadly manticores. The elves killed the horrific beasts along with many goblins, and returned to town with another cache of wealth liberated from the monsters below.

As the elves returned to town each time flush with wealth, they began to indulge in extravagances. Henrod the Handsome fell in love with his most recent dalliance, who unfortunately turned out to have a rather angry husband. Audr the Arrow also found love with the very assertive Sasha the Dragon, and though the rest of the party seemed a touch uncomfortable with their unusual arrangement, they were glad to see their ally had found happiness. Jannik was far less lucky, discovering himself wanted by the law when an unlucky accident with a lantern turned into a blaze that damaged several buildings in town. In subsequent trips he would shave his head and insist he knew nothing of the arsonous elf.

In their attempts to deal with the large numbers of goblins they faced the party decided to try and hire someone versed in the goblin language. Their efforts resulted in the hiring of Rose the dwarf, who despite being a powerful warrior in her own right, could not speak goblin at all. Audr also managed to purchase a book on the goblin language and began studying it in hopes to make up the deficiency.

Once more the party returned to the dungeon, plunging deeper into abandoned caves and fighting undead and a nest of monstrously large flies. They found a hidden vault with a bit of silver in it, but alas this trip was largely unsuccessful. In their sixth trip they encountered more truly dangerous creatures including a gelatinous cube, a carrion crawler, and a band of kobolds that hid themselves in a tangle of ropes in the ceiling. In the carrion crawler’s lair they found the remains of some men, and at the end of their adventure the elves found more living members of that strange party. Unsure if the men were fellow adventurers or nefarious evil-doers the elves attempted to parlay, but were eventually led into an ambush. Fortunately the men had vastly underestimated the power of the elves and were dispatched. The elves returned once more to town with their spoils, and the desire to discover more about these evil humans.

For the seventh time the elves descended into the dungeon, this time to hunt the evil humans who appeared to belong to some kind of cult of elemental worshippers. It turned out the elves were not the only hunters though, and at one point they tracked some elementalists around a corner only to find inert cultist corpses waiting for them. Suddenly the elves were attacked by were-rats! Audr had fortunately discovered Ulther’s sword by this time, and the party carried many silvered weapons, and thus they were able to dispatch their attackers. They were left with a mystery though — did the were-rats believe them to be elementalists? If so, why did the were-rats want to kill the humans? Is the enemy of my enemy my friend, or also my enemy?

During this foray the party discovered a magical helm which Henrod the Handsome eagerly placed upon his head. Alas the helm was cursed, and Henrod found himself harboring malicious and evil thoughts. When the party returned to town, Henrod undertook a secret quest to murder the husband of his lover. Fortunately the rest of the elves were savvy enough to learn of his plan, and at the very last minute tracked him down and prevented the evil deed. Purchasing a scroll of remove curse from the Baron’s magician they were able to free Henrod from this vile magic, but not from the guilt of his past misdeeds.

The elves launched one final attack upon the elementalists, descending a very dangerous spiral stair into the heart of the elementalist temple. They were beset by archers, a priest who was able to float in the air and magically paralyze several elves, and harpy! The harpy’s song was nearly the undoing of the party, enchanting every single elf and coaxing them towards their doom. Fortunately, Rose’s hearty dwarven spirit was unswayed, and was able to release Nabil who in turn used a recovered scroll of Dispel Magic to release more of her companions from their magical bindings. The party dispatched the harpy and priest, and rushed into an adjacent room where they found several troglodytes wearing rich robes and carrying chests of wealth attempting to flee from the elves. They dispatched the troglodytes and made their way back to town heavily laden with chests of gold. Alas Nabil had taken a near fatal blow in the final fight, and the elves returned to town unsure if she would survive.

There the group was left with many questions. Who were these troglodytes, and why were they carrying so much wealth through the temple of the elementalists? What of the were-rats, what grudge did they hold against the cult? Would Jannik and Rose, unable to speak each others languages, discover how differently they perceived their relationship? Would Henrod ever be reunited with his lost love? Would the other elves be able to avoid awkward conversations about living arrangements when visiting the shared home of Audr, Grilmir, and Sasha? Would Nabil survive the night? And who exactly is the Lizard King?

Tune in this weekend for answers to these questions, and more thrilling adventures!