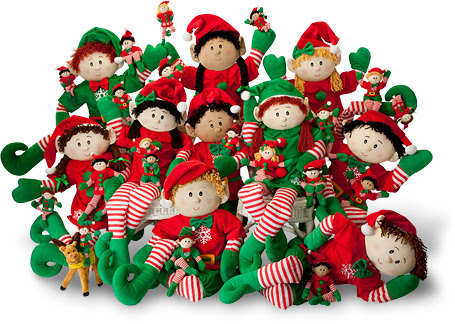 This game is now over a week old and I thought I had better get any final thoughts written down before I forget what happened.  I think the other posts have covered most things, so this may be a bit fragmented.  Here we go:

Party Composition – Last year Delta ran a game where we thought we’d be clever by running all human magic-users with paid fighter body-guards.  It did not go very well.  This year the group decided it would be amusing to play all elves.  This had some interesting benefits.  As they all got a free multi-class level in magic-user to start, in the early stages there were a lot of sleep spells which helped them take out large swathes of goblins or humans.  They did better against the ghouls without having to worry about paralysis, and all being able to see in the dark really helped when they started encountering the human cultist levels, as they were able to sneak up on them more effectively.  Delta believed a bunch of the design of level three with the windy passages was meant to screw with the party’s light source, though personally I think it was really just intended to give that abandoned/spooky vibe, but certainly it was one less thing for them to worry about in that area.

It also worked against them once or twice.  At the early levels they were all in chainmail so they could use their spells which left them without a low AC front line, though soon their members started specializing and the more fighter-types started wearing plate and reserving their spell slot for non-combat support (eg. Detect Magic).  They also very nearly TPK’ed when they all failed to save against a harpy’s song – it was only the save bonuses from their dwarven hireling that saved them.  Ultimately, I have to conclude the the best party composition is a balanced one.  While all of a single race isn’t as confining as all of a single class, I still think you want as diverse a group as you can get.

Leveling – The players reached levels right about where I thought they might, which is really mostly down to luck.  I was worried early on that they were being a bit completionist trying to see every room on the first couple levels, but they pushed through it quickly and once hooked by a specific goal they pursued it pretty diligently.  They also benefited from never having a player death.  I was assuming new characters would start out at first level, and we did have one player come in for the second day only so got a bit of a taste for that.  As predicted he quickly shot up to about one level below the party and then remained at that relative point for the rest of the game.  I think the group could have survived a couple of losses just fine, but a TPK would have really blown their chances at reaching the ultimate goal of character level 5.

On the other hand I also would have liked to see a bit of higher level play.  The fighters did get to play with their first feats a bit at level 4, but we never saw a magic-user hurling fire balls or lightning bolts.  We did have one high level spell get cast off of a scroll (wall of ice) in the very last encounter.  Still, you know it’s a good game when you walk away wanting more.

Languages – I’m not sure if this has to do with the all elf party, but my players also managed to not have a single character with an intelligence over 12.  I use intelligence rolls to learn spells, so this hampered spell access a little bit, but it really came to play around languages.  These days I’ve moved away from the B/X rules that give non-humans a huge list of languages and instead give players common, their racial language, and bonus languages for high intelligence.  In this case we had two players with a negative modifier for intelligence and so I gave them the choice of knowing either common or elvish, and they both chose elvish!  This made for a humorous situation with their dwarf hireling who through misunderstanding thought one of those two players was courting her.  Their inability to speak with each other combined with a stoic dwarven approach to courtship lead to some pretty funny bits.

In game mechanics, this most hampered the use of charm person, which the players used on a lot of goblins, only some of which spoke common.  I started rolling for it randomly as we played, giving each goblin about a 20% chance of knowing common (higher if they were a boss or similar) when it came up.  This is why the players hired a hireling, they really wanted someone who could speak goblin, but unfortunately none of the random hirelings I generated could.  I also really enjoyed roleplaying a con-man who sold them some “common goblin phrases” written out phonetically of which only half were accurate, and included the infamous “bree-yark”.

Wilderness – I had on hand the town and wilderness maps from L1 for a backdrop to the game.  These came up rarely, mostly just showing the wilderness map to give the players a sense of the distance from town to the dungeon, and once or twice I pulled up Pelltar the Sorcerer’s spell list when the players sought out powerful magic for hire.  Ultimately I’m glad we were able to keep the focus on the dungeon with the town stuff mostly being a quick bit of funny roleplay in between, but I also found it reassuring to know I had a whole surrounding environment if the players ever decided it was important to go romping off in a totally different direction.

I think that about sums things up for my birthday game.  It was a great time, and frankly I’d be really surprised if it wasn’t with that group, but overall I think the content went over very well and I’d love to run it again.  I have no specific plans to do so, but I’m happy to put this one in my back pocket and be ready with it for any future D&D campaigns I might run.