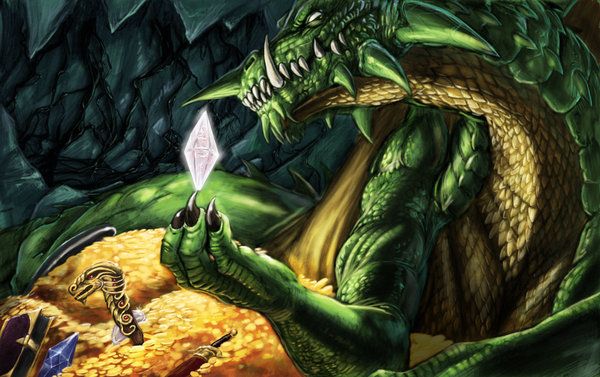 One year ago I posted some analysis on the XP progression of Dyson’s Delve. I had just run a group of players through the first 7 levels, and tracked every XP gain along the way. It made for some interesting data analysis. Today, I have the data for the remainder of the adventure, so I thought I’d complete the work.

First off, let me say that I found an error in my charts on the potential XP in the adventure last year. In my previous post, I wondered about the strange spike in potential XP at level 10, and then surmised it was due to the dragon’s lair being technically on level 10, though only accessible by going down to level 11 first. I then created a virtual “level 12” for the dragon XP which made the chart look nicer, and is also perhaps a bit more in line with Dyson’s tendency to do things in twelves.

Looking back at the data I see I made a serious mistake. I use a silver standard in my game, which means I have to translate all the treasure from gold into silver. I have two options for this: read gold as silver (eg. 100 gold becomes 100 silver) or divide by 10 (eg. 100 silver becomes 10 silver). I also give 1 xp per silver piece (original rules grant 1 XP per gold piece), so the numbers should be the same when expressed in XP. The dragon’s horde includes a ridiculously large pile of 95,000 silver pieces, which I accidentally transcribed to 95,000 XP. That should have been 9,500 XP. Whoops.

Here’s the corrected chart of potential XP per level:

So now instead of a strange spike at level 10 we see a leveling off from 10 to 11, and a dip at 9. Interesting. This actually makes sense as there’s just not a lot of treasure on level 9. Level 8 has a good haul of gems available, while 10 has the dragon horde and 11 has the Lizard King’s treasure. Level 9 focuses more on unusual monsters (cockatrices, giant scorpions) and introduces the realm of the were-rats. If we remove the dragon horde to a separate level 12, the chart looks like this:

This actually looks even weirder to me, with a big dip around levels 9-10, a spike at 11, and then a normalizing aback at level 12. I think I have to take back my idea of assuming the dragon is its own level and allocate that XP to level 10. I suppose that make sense when you consider the likelihood of authoring happening per-level, and the fact that the dragon does take up about 25% of the page text of level 10. Which leaves me with this one pressing question for Dyson: why is there no level 12?

So, with all that in mind, here are the charts showing how the party did. I had to muck with the data a little bit because the party ended up befriending the were-rats at first, and then being ambushed by them on level 11. Nevertheless, I’m calculating the XP from those creatures as part of levels 9 and 10, since thats where the monsters originate from. It makes the actual vs. potential XP comparison a bit easier.

Interesting the progression per trip followed a similar pattern as last year. They made 8 trips, with a nice bump in the middle, followed by a lull, and then a crescendo at the end. XP by level is a bit more flat, with a dip at level 7 and then two big spikes at 10 and 11. It’s interesting to see just how valuable the final lair of the troglodyte king was vs. the dragon and other assorted monsters in level 10. They’re pretty close to each other in total XP. Despite level 10 having a minotaur and some giant lizards in it, the treasure XP from the dragon horde still vastly out-weights everything. The Lizard King’s treasure on the other hand, while still quite valuable, is perhaps balanced by monster XP in the form of 32 total troglodyte warriors and 8 ogres. Plus of course the king himself and his bodyguard.

For easier comparison, here’s the full data of XP gained per level across both years:

The interesting thing about the above chart is that levels 6 and 7 were both explored partially across the two years. Combining the values we now see that the total haul from level 7 actually exceeds the big bump in level 2, while levels 8 and 9 still fail to reach that peek. This falls in line with how the game felt — the biggest climaxes were level 7 (fight on the stairs with the elemental cultists), level 11 (the lizard king and his army), and level 10 (the dragon). Levels 3-5 and 8-9 are definite lulls which I actually thing is really good for pacing. It’s nice to have those lower key encounters and exploration in between the big climaxes.

Well, there you have it, some interesting data collected from my running of Dyson’s Delve. All in all I’m still really pleased with this content, and would happily run it for another group in the future. I think it would be a really nice dungeon to hang a campaign on. It’ll get your party to roughly level 6-ish, and is easy to place in a world with some other stuff around (I did have a few minor other dungeons / encounters nearby, but my players chose to focus on the delve entirely). And that leaves you right at the point where maybe you want to bust out the outdoor survival board and start doing a wilderness romp.

Which by the way was totally my plan. I was a little worried that it was possible my players would chew through the entire rest of this dungeon on Friday and we’d have all of Saturday still to fill. So I had in my back pocket ready to go a full on outdoor spoliation style game. And yes players (and viewers), that was what those rumors about the knight who traveled north were all about.