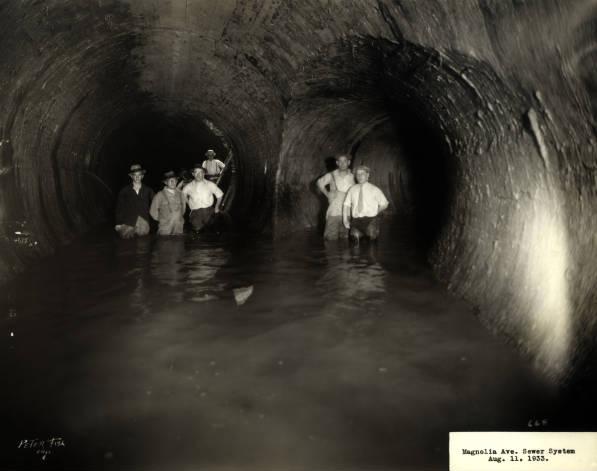 “Don’t split the party” may in fact be the oldest adage in roleplaying. It has been passed down from gamer to gamer it seems since the game began, and is well engrained in our collective psyche. But is it good advice? And when it goes unheeded, how do we as DMs handle that?

When I started contemplating this topic I had to go look up the song “Never Split the Party” by Emerald Rose. This lead me to their “brickfilm” of the song on YouTube, which is so delightfully early-2000’s I feel I must subject you all to it.

OK, so, is splitting the party a bad idea? Tactically, especially in D&D, I would say yes. In the pure war-gaming sense you’re just setting yourself up to become victims of divide-and-conquer tactics. So when we’re talking about dungeon exploration, I’d say the advice stands the test of time. Situationally there are moments when it does make sense – for example sending a stealthy scout ahead. There’s an old joke that’s bounced around my table for a long time of someone being “as quiet as ten quiet men.” Yeah, turns out, stealth is not one of those activities that improves with additional participants. And the mechanics support this – multiple people rolling move silent or stealth checks or whatever just increases the chances that someone fails and gets noticed.

Scouting is great if your scout knows how to be a scout. This was a huge frustration for me as a player back in the day. A scout’s job is to observe and report back without being seen. It seems most players I played with who took on the scouting role felt it was better to observe, engage, and scream for help when they got in over their head. To this day if I’m a player and someone suggests scouting ahead I force them to explain to me exactly what they imagine they’ll do when they see something unusual. There’s only one right answer here in my opinion – return to the group and report. This also has the benefit of keeping play engaging for everyone else, as the part that focuses on just one player is kept relatively short. The real fun of this situation is getting a little bit of information and then letting the group try to strategize around that information.

Tactical exploration aside, there are other sorts of games where I think splitting the party is a fantastic idea. Usually this is for the sake of narrative or roleplay situations. I see this most not in D&D, but in horror games. I mean, the notion of “stay here while I go investigate the strange noise in the attic” is a pretty strong trope in horror. I love nothing more than to see my players split up in horror games, and in fact I encourage it through how I set those games up. My horror games are always one-shots with pre-generated characters, who each get a page or so of background information. They are specifically created to have their own agendas, which are frequently contradictory. When things start to go sideways, my characters are built to have pretty different ideas of how to handle it, and they usually have little reason to stick together if those ideas are challenged.

This is because in horror, one of the most delightful sensations comes from the audience knowing more than the characters. How many times have you seen a horror movie where you or someone else felt the desire to yell “don’t go up those stairs you idiot!” Splitting the party sets us up to create this exact situation, because half the players take on the role of the characters while the other half become audience members. And then later they trade. The key is to make sure the audience players are still engaged and enjoying the game, even though they have to temporarily take on this more passive role.

It helps me to think of the game cinematically when the party splits up. In a movie when the protagonists split up, we don’t spend overmuch time on one group – usually the camera jumps back and forth between the two groups fairly rapidly. It’s a bit jarring if a movie focuses on one character for fifteen minutes, then cuts back to another character and forces the audience to mentally go back in time and think of what’s happening on screen happening in parallel with the previous 15 minutes of film. Yeah, some movies do this, but it’s rarely done well. Much better is to focus on one group for just a couple minutes, let them get up to something, maybe resolve one challenge, and then quickly jump back to the other group. It keeps everyone paying attention and we don’t have to worry too much about synchronizing timelines.

In fact, once you’re in this cinematic frame of mind, you may also find yourself making the cuts at exciting moments. The players ascend the stairs, the door creeks open, a pair of boney fingers wraps around the door pushing it open and… cut to the other group. Little cliff hangers like this as you jump back and forth between groups will really help keep that tension up and keep everyone at the edge of their seats.

In horror games, I also delight in giving one group a much more deadly or horrific experience than the other. While one group of players is finding interesting clues in the library, the other is being assaulted by a grotesque demon in the basement. The reason for this is it makes the reunion scene so much more delightful, especially if you have a good insanity mechanic in play. (Have I mentioned recently that I created a generic insanity mechanic for any roleplaying game called Insanity Cards?) The scene where Billy and Jill come racing up from the basement babbling about the horrible beast down there while also clearly losing their shit while everyone else looks on skeptically and comes up with excuses (“probably just an old halloween costume hanging on a rack”) is always super fun to play out.

It also gives us a chance to do something a bit difficult in roleplaying – foreshadowing. By having one group encounter the horrors early, we foreshadow their existence for the rest of the group. The players know what’s up but their characters do not, and most players will really enjoy that tension. There’s nothing quite as wonderful as playing the jerk who says “I’m sure there’s nothing to be worried about” while stumbling into the source of incomprehensible horrors.

Does this apply to non-horror games? I suspect so, but I can’t recall having ever tried it. I think it would work best in games that focus more on character relationships or complex plot lines than a straight forward hack and slash adventure. I’ll have to keep my eye out for opportunities to experiment with this more in the future.

2 thoughts on “Splitting the Party”