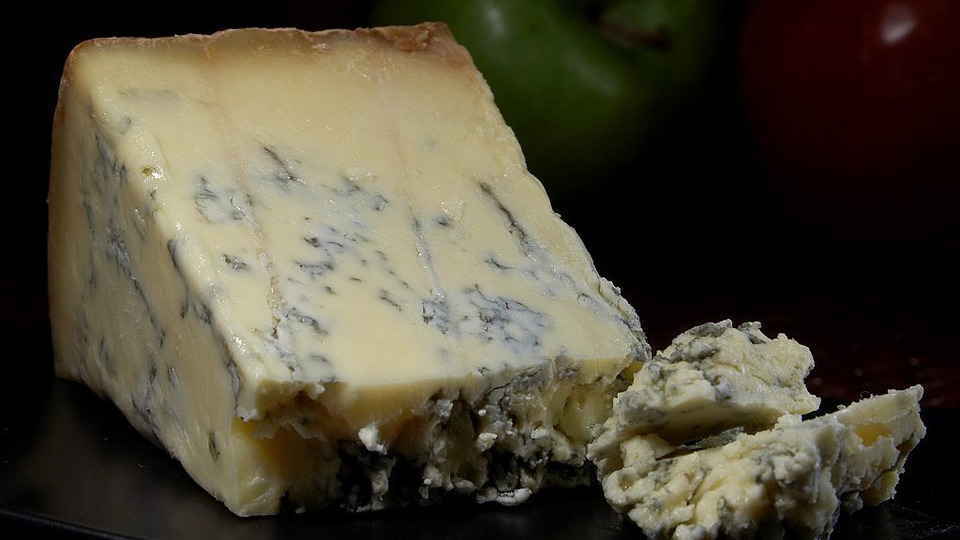 On Monday I got to put my theories to the test and run a pure OD&D game with Insanity Cards to see how it plays as a system for pure horror. For this game I ran Something Stinks in Stilton, an excellent adventure written for Lamentations of the Flame Princess. I ran this one once before using Warhammer FRPG 4e, and was familiar with the module and eager to run it with a less cumbersome system.

I will follow this post with another on general observations about how OD&D works as a system for horror games. I was intending to write this post to cover that and sneak in a few thoughts on the adventure, and then was shocked to realize I have a whole post worth to say about just the adventure. So let’s start there.

Also, I’ll be running this at TotalCon in February, so if you’re hoping to play in that game, this is your spoiler warning.

The most interesting discovery for me was that the game did not run noticeably faster than it did in Warhammer. Possibly this is a testament to how much I ripped out of Warhammer 4e on the fly when I ran it the first time. More likely it’s because the author’s claim that “for the most part it’s possible to avoid combat” is actually true.

Unfortunately for me, this adventure was not being written with conventions in mind. It turns out there’s a lot of meat on the bone with this adventure, which is good news for folks with more time on their hands. I bet you could fill a good 2-3 sessions with this thing, and if you can do that I highly recommend it, I bet that would be a great experience. But if like me you have only one session for this thing, I’d recommend the following alterations.

The way the adventure is written it makes sense to start the game with the players meeting up at Jane’s where they are hired to do the job. Now usually when I run horror games every character has a couple paragraphs of back-story that either feeds into or complicates the plot. Both times I’ve run this game I didn’t have that – the characters are pretty standard fantasy adventurers – so I typically start with some ideas stolen from story games to develop the characters a little more.

I ask the players to feed into the description of Jane, asking them thinks like “what do you see at Jane’s house that makes it clear she’s not as wealthy or important as she’d like everyone to think?” Then I also force them to make up one important detail about their character – “what does Jane hold over you?” I liked the idea that Jane is a schemer who is manipulating people to do this dirty work for her, and it gives the players a reason to stick it out when things go sideways.

Ultimately, all this takes lots of time. Yeah, it’s kind of the meet-cute of this adventure and good players will want to use the opportunity to flesh out their characters. However, I think the Tavern is just as good if not better for this, so my recommendation is to keep it short and sweet. Maybe even just gloss over this scene entirely – tell the players who hired them and why, and then let them make up reasons for doing it later when they talk to each other at the tavern. Sure, if I had more than 4 hours I’d love to keep this scene in, but I think for a convention it’s got to go.

Scene 2 in the adventure as written should also be cut. Maybe just describe the day long walk to Stilton, and mention that they pass a broken down cart that looks like a good place for an ambush. That will let you introduce the notion that the roads are dangerous without bogging down the game with a combat, and then you can bring on the rain to hurry them along to the tavern.

I love that the adventure has a lot of options for ways the plot is impacted by player choices. However, I think the most interesting outcome here is that the bandits survive to hold up Samantha, so maybe just let that happen by not having them attack the party. Maybe they think better of attacking such a large and well equipped group, or maybe Samantha comes in on a different road. Doesn’t matter, skip ahead, and assume Samantha gets robbed.

OK, the tavern is where this adventure really gets good. I used to think it was the twist point – that it should occur around halfway through the game as it starts to introduce creepy stuff. Actually, if you do it this way (as I did), Insanity Cards are not coming out until very late in the game. Instead, I’d say the Tavern should happen quite early. Aim to wrap it up right at the halfway point so the players have the other half of the game to go explore the cow shed.

The Tavern is great for letting the players mingle and have side conversations. Maybe this is where they’ll get to know each other better. Plus, both times I ran this the players were itching to get into the cow shed and did so before any of the night-time events start to execute. Maybe if it happens earlier in the game they’ll be less eager to push things forward?

The Tavern is also where I add a couple props. Yeah, I can’t help myself, I love props in horror games. First, I made a menu, two menus actually, one drink menu and one food menu. I put them on half sized pages, so you can print them out side-by-side on single sheet and then cut it in half.

I recommend you have play waiter and do the whole drinks first, then have Cooper go fetch the drinks and return with them and the dinner menus. Players love hand-outs, and separating it into two deliveries is in fact twice as fun. It also draws attention to the fact that the food is important, and hopefully you’ve dropped enough hints by this point that the players are suspicious of the cheese.

You’ll see I managed to make sure everything on the food menu has some cheese in it. The pie is the only item that doesn’t explicitly state it, but of course the ale sauce is made with Stilton as well. I had a player ask for something with no cheese, and we got border-line into the Monty Python Spam sketch. This is great, I definitely recommend you ham this up.

The other prop should therefore be obvious – bring some cheese! Seriously, actual cheese at the table is amazing. Someone will order the cheese board, I promise. Bring it out when they do, then as soon as anyone takes a bite ask for a Save vs. Poison. After the humor has sunk in I give the players an out, and tell them they can have their character eat the cheese but avoid it in real life. I mean, I’m not a jerk, and some people are lactose intolerant. They should still be allowed to imperil their characters.

OK, so, the cowshed is ultimately an 8 room dungeon in the pretty classic sense. There’s great stuff in here, and this is where things really go south for the party. I think in the past I’ve estimated convention exploration rates at about 2-3 rooms per hour, so by the math this bit deserves at least half of your four hour convention slot.

It’s possible with the extra time that some party members will try to flee early, but I’ve found it’s actually pretty easy to interfere with that. There’s only one way down here and so it’s easy to cut off. When your party starts fleeing that is a great time for more people to come tromping down the stairs to add to the chaos – Cooper, Stephen, the Captain, James… there are lots of choices.

There you go, those are my notes for making the most of this excellent adventure if you only have four hours to do it. Honestly, I’d love to slow roll this one across two or three sessions, but I don’t know when I’d have the opportunity to do that. So I really wanted to write out all of the above at least for myself when I run this again in February.

1 thought on “Something Stinks in Stilton as a Convention Game”