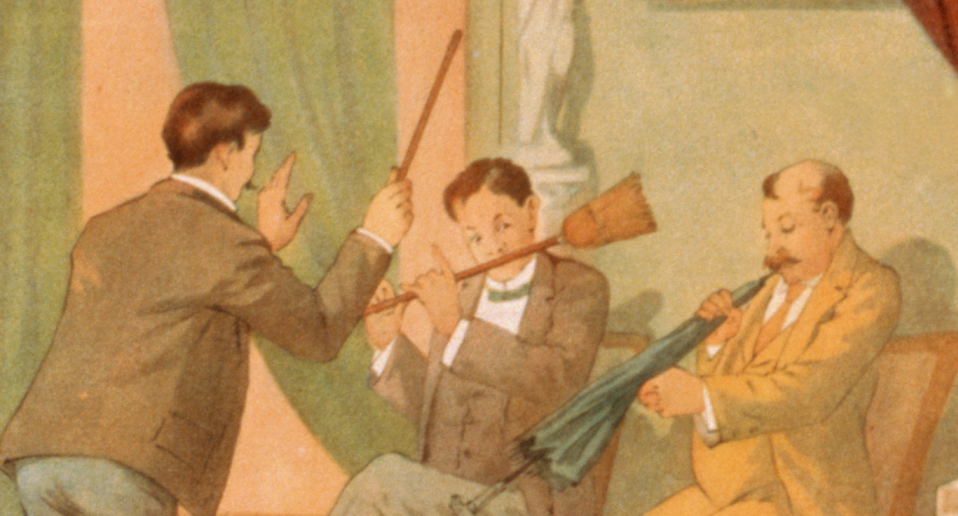 While I’ve posted about using Insanity Cards with various different RPG systems, I’ve never really spoken about convention play vs. campaign play. Insanity Cards were born out of my dissatisfaction with insanity mechanics in games I was playing and running at conventions, so that is definitely the style of play they conform to best. I do think they can be used in longer term campaigns, but it requires that you address two things.

The most obvious answer is to write down what cards you have in play, so that at the start of the next game you can fish them out of the deck and put things back as they were. The good news is, it’s actually really easy to do this and can be done in a shorthand that barely takes any space on your character sheet.

I don’t think it’s actually important to record which cards you have in your hand. Sure, maybe you were in a particularly good or bad edge case, such as having a hand all full of the one insanity card you already have on the table. Maybe ditching this and drawing fresh at the start of the next session gives you a slight advantage, but I don’t think it’s significant enough to really worry about.

So, assuming all we have to write down is the cards in play on the table, then you can boil it down to six numbers. Basically, each insanity has 7 possible values. Yes, I know, the cards themselves only go up to 5, but there are two extra values – having no cards at all, and having just a single face-up card (a Tell). Since I think it’s easier to remember that 1-5 corresponds with the 5 entries on the card, I’d recommend giving these special values – perhaps a T for Tell, and a zero or no notation at all for nothing in play.

Let’s look at an example. Let’s say after an evening of play my OD&D character Tella the Perfidious Magician has had a bad experience with some demons and seen some seriously terrible things. The cards on the table look like this:

I’ve played Delusions and Obsessions as Tells, and put two Descents under Delusions. Tella is starting to twitch and say some very crazy things. So I write a little table on the right margin of my character sheet for the six insanity stats, using the first initial of each insanity as the key. (Note, I made my table in alphabetic order, but I kind of want to swap Anger and Confusion now to make a silly mnemonic word: CADFOP).

Here’s a closeup of that table. You can see I’ve put two tick-marks next to D for Delusions, and after O (Obsession) I put a T for Tell. The rest I’ve left blank, because I don’t have any of those cards on the table. If I really wanted to condense this text, I could just omit the cards I don’t have on the table and write it as D: 2, O: T. But, let’s stick with the table for now.

A week later we come to our next D&D session, and I reconstruct my play space to look like last week from my little table. During the course of play, Tella fights some gruesome undead. He barely makes it out alive, and loses his favorite henchman to some hungry ghouls. He’s taken yet more insanity damage and by the end of the night the table looks like this:

I didn’t want Tella to go really insane, so I dropped two new tells: Paranoia and Fear. Unfortunately I had to play one more card and all I had in my hand was Fear and Obsession cards. The third tier of Delusions looked a bit rough, so I chose to descend one card into Obsession. Tella now not only says nonsensical things from time to time, but he also seems to be obsessed with always wearing his dead henchman’s hat. You can see now I’ve still got two tick marks under D, one under O, and T’s for F and P.

Finally during the third week the party makes it back to town, where they insist that the High Priest take a look at Tella. I fork over a “donation” and the priests cast a Restoration spell on Tella, allowing me to remove one full stack of cards from the table (see part 2 below). Naturally I get rid of the Delusions so Tella is at last talking sensibly again. He still loves that hat though.

At the end of the session I still had several Tells out but only a single active insanity, and it’s not so bad, so we’re headed back to the dungeon next week. I erased the tick marks next to the D, but left my Tells and my one level of Obsession, which we all agree that as the British say, makes Tella a right tit indeed.

OK, the other big thing you’ll need to figure out for using Insanity Cards in campaign play is how to heal insanity effects. I think this is important or your campaign will devolve into nothing but silly antics as everyone is playing out level 4 and 5 insanities. If you want to go for the long haul, and your players don’t want to see their characters permanently committed, you’re going to need a method to heal some of that sanity damage.

How this works is very dependent on the system. In D&D perhaps you want to connect it to cleric spells (looking at you, restoration), while in Call of Cthulhu it may involve visiting the sanitarium. In Warhammer Fantasy we can pay the good surgeon to hopefully remove some of the effects, but the risk may not be worth it.

Basically, I’d look at your system and find two things that you can qualify as giving minor and major insanity healing. A minor healing should allow a player to remove a single card from the table – either pull a descent and reduce an insanity by one level, or pull a Tell that has no descents to clear it completely. A major healing should allow the player to discard an entire stack, regardless of how many cards are in it.

If you want, you could also consider adding a super high tier effect that completely clears all insanities, but personally I prefer to leave that one out. For more ideas on what might heal insanities in specific rule sets, check out my post on Using Insanity Cards in…

I hope this helps folks figure out how to use Insanity Cards in their campaigns. As always, I’d love any and all feedback you can send me about using the cards. Tell me what works, what doesn’t work, or just send me an amusing story of that time one of your players did something brilliant with their insanity!