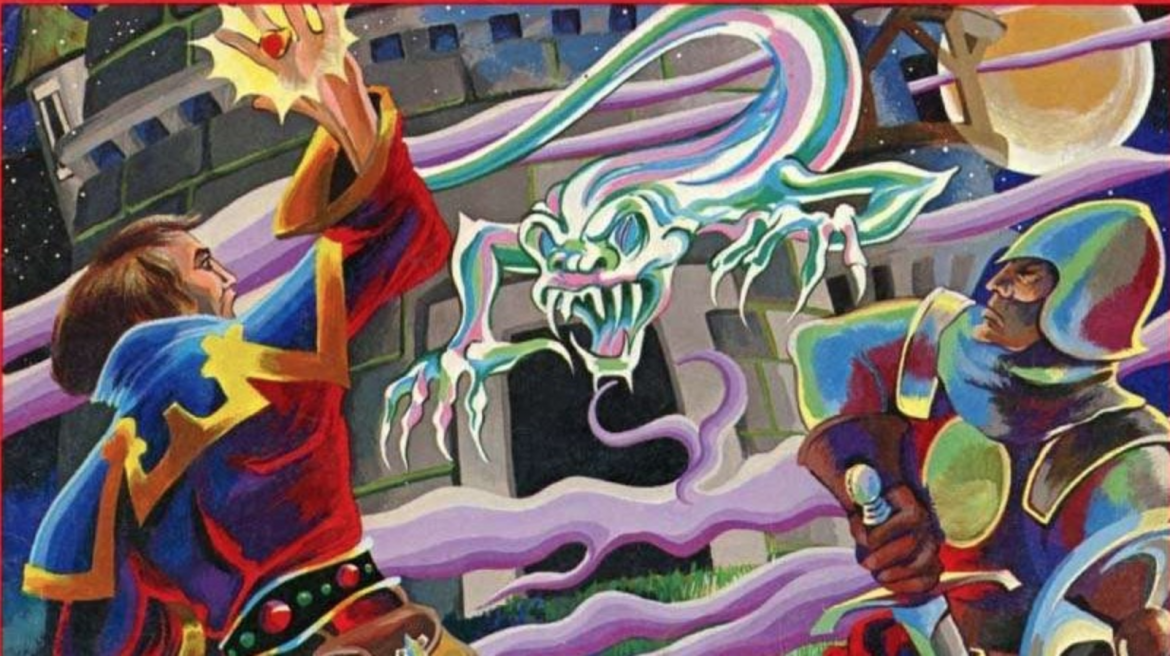 Earlier this week I got to run Something Stinks in Stilton as pure OD&D plus Insanity Cards. I intend to run this game this way at TotalCon, so mostly this was about practice for that convention, but also I really wanted to see how OD&D stood up as a basis for horror gaming. As usual I made my horror statement of intent up front: “It is my goal to make sure you are all dead and/or insane by the end of the night,” before any dice hit the table. So how did it go?

Lamentations of the Flame Princess makes some very scary content, and perhaps it’s easier to do that with D&D as a base. I won’t spend too much time here on it since I already wrote a whole post about it, but I’m certainly eager now to buy more of their adventures.

Combat was quick and deadly. I like being able to use my critical hits chart for added gore, which really amps up the horror factor. Also, perhaps just because I’m used to it, it was very easy for me to scale the strength of the horrible creatures when I needed something truly deadly. I had level 3 characters, and when the big nasty creature at the end first hit for 3d6 damage, they all knew this was not a thing to engage with, and started to look for means of escape.

Things That Could Be Improved

Hit points were too variable. Because I was using completely random characters, I accidentally ended up with a huge range of hit point totals. I had a fighter with 25 hp on the high end, and level 2/1 magic-user/fighter with a 5 constitution that managed to have only 2 hp on the low end (later determined he probably should have had 3, but that’s not much different). What was terrifying to the latter barely bothered the former, and I was worried it would be impossible for me to overwhelm my high hit point, heavy armor wearing fighter.

“Normal” violence is just not that disturbing to these characters. If I were running this in another system I would have happily handed out a point of sanity damage when they uncovered a dead body. In D&D that feels a bit common place. I compromised by having the dead body disturbingly mutilated, and still handed out the sanity damage.

Magic items threw in odd wrinkles. My random generator gave one character a wand of fear, which fortunately I noticed ahead of time as it just felt wrong for this game, so I changed it to a wand of magic detection. One character did have boots of speed though, and halfway down the road realized he could just zip on to the tavern and meet everyone there. I had to do some work to reassemble the party so it didn’t become a one man show.

Saving throws threw me. By the book, since this adventure was written for a D&D variant, it says players should get a save vs. poison when eating the cheese. I also wanted to hand out insanity cards for eating the cheese, and wasn’t sure how to reconcile this with the save. Eventually I decided to always give the card, and let the save be vs. rolling an additional effect from the book, because those effects are pretty great and I wanted to include them as well.

All in all, I’d say D&D is a reasonably good fit. I think for my next one I’ll just be a little more careful about tuning the characters before printing them out. I think it’ll be a good idea to make sure the hitpoints are less variable. In fact, I might just make fighters rare in the stack. This adventure in particular feels like at least half the characters really should be thieves.

4 thoughts on “Horror in D&D Results”