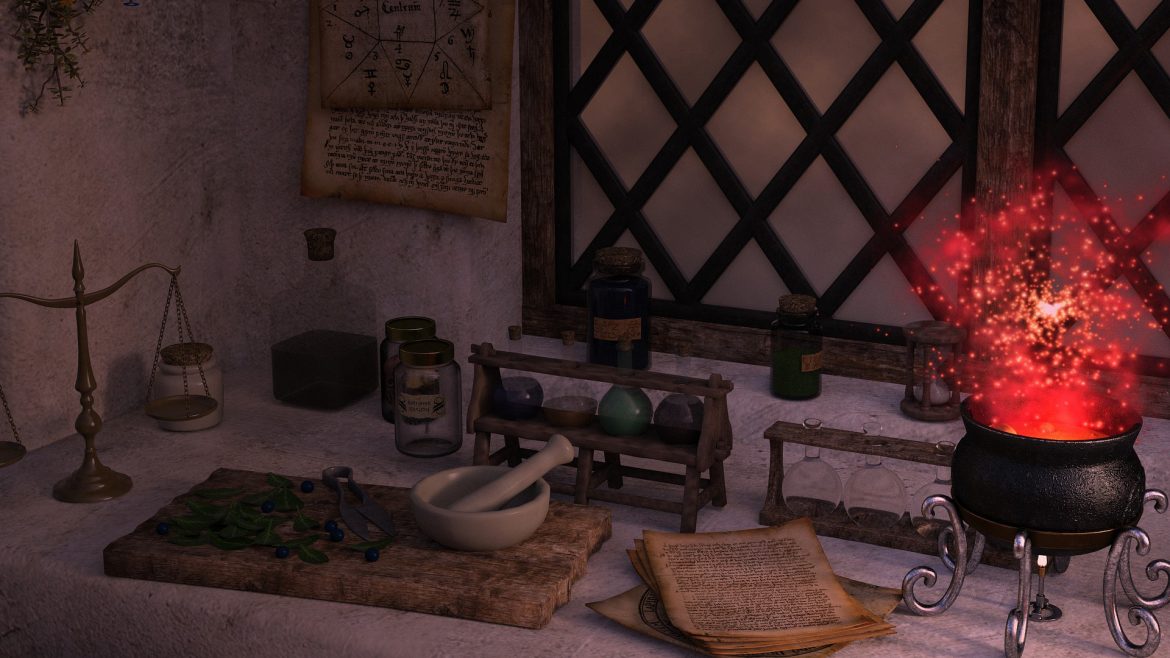 I was playing recently with the tables I posted a while back for generating unusual combinations of items and powers for unique magic items. I felt inspired to write up the details of one of the items, and who knows, maybe I’ll make this into a regular series on this blog. For now, please enjoy this item from the Magic Table.

What appears to be a normal sturdy iron-work ladle radiates strong transmutation magic when detected, and only truly exhibits its magical properties when handled by a spell-caster. To be properly activated, the spell caster must dip the ladle into a pot or cauldron of boiling liquid, at which time they expend a single prepared spell whose magic becomes infused into the liquid held within the ladle.

This liquid spell may be stored for up to a full day per five levels of the user, so a level 12 caster will create liquid spells whose potency is retained for up to three full days. The spell activates only on being imbibed by a living creature, at which time the spell is released with the imbiber as the target. Spilling out the liquid does not release the magic, only consumption by a living creature can cause the spell to take effect.

The enchanted liquid retains all flavors and textures of the original source, and will provide the usual nourishment or refreshment in addition to the spell effect. The ladle may be used to create enchanted liquids up to three times per day, after which it produces nothing but a thin acrid gruel which tastes somewhat reminiscent of quinine and provides no nourishment whatsoever. It must then be thoroughly scoured with hot soapy water and left to air dry for a full day before it will function properly again.

1 thought on “From the Magic Table: Ladle of Wizardry”