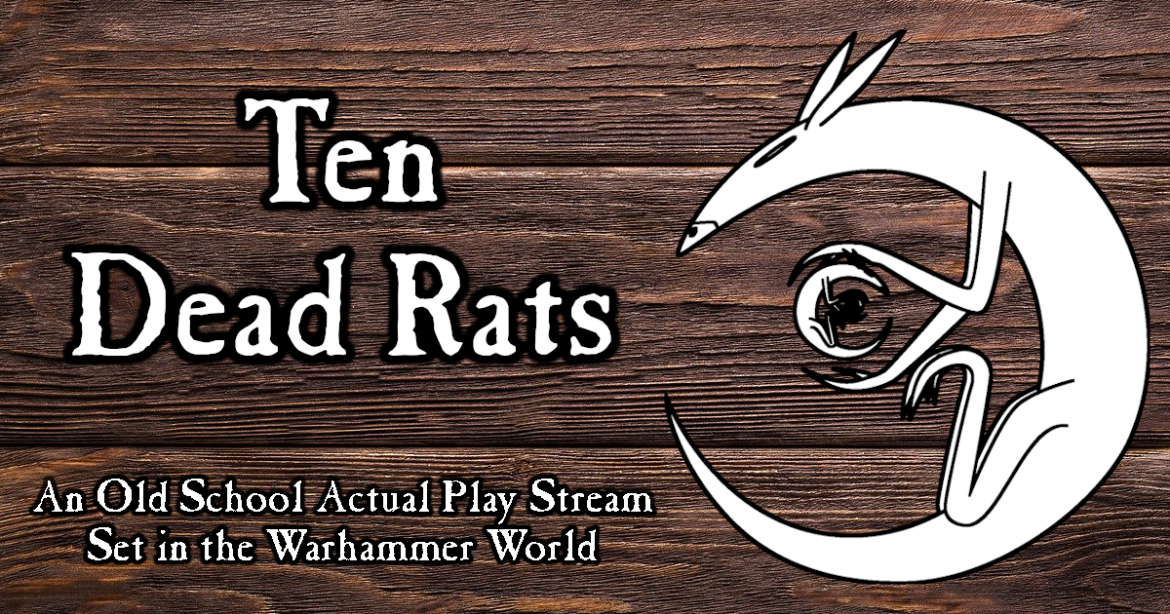 Tonight’s the night – Ten Dead Rats stream begins tonight at 8 PM Eastern on the Wandering DMs channel (YouTube and Twitch)! So naturally, I’m making eleventh hour changes to the rules. This is what you get for running a custom system I suppose.

I was looking over my PC’s sheets and running some numbers, and realized I made the characteristic test system far too swingy. By tying it to the raw characteristic value, I discovered a normal characteristic test for a 1st level character could range anywhere from about 15% chance of success to 95%. And for a character with a natural 18 and the Skill Talent it was impossible to fail.

So, I’ve taken a cue from 5th Edition D&D and moved on over to using the bonus value and lowered the target numbers. While I liked the parity with Target 20 of having default skill success be 20 or greater, the fact is I had already introduced language around adjusting the target number for easier or more difficult tasks anyway. So I dropped the values to 10-15-20 for easy, medium, and hard tasks, and now use the bonus value instead of the raw characteristic.

This means a character with an average characteristic (+0 bonus) attempting a moderate task (TN 15) will have about a 30% success chance, which feels more inline with WFRP 2e whose average skill values were usually around 30-35%. It also means there’s room for improvement – by taking a Skill Talent a 5th level character will get a +5 to that, nearly doubling their chances, and factor in natural talent (+2 bonus) and you’re up to 65%, which is usually where my WFRP 2e characters topped out as well.

And for good measure I’ve added in a house rule that I’m so used to using that I’m not sure it even needs writing down – natural ones always fail and natural twenties always succeed. I figured I might as well encode it in the rules to have one less assumed house rule.

So, here are the document links one more time. I’ve upped the version to “1st Edition” to mark that we are now officially using these rules for real.