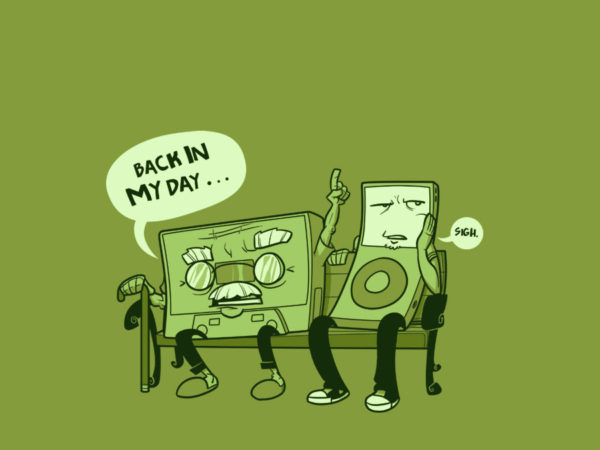 So I’ve been listening to Fear of a Black Dragon a lot recently, and it’s brought to the forefront of my brain a question that Adam raised when he introduced me to the podcast on our trip back from Carnage. While contemplating “What is Old School” he asked me if the horror games I run would qualify. I’ve cogitated on it a lot, and mentioned it again on Wandering DMs when Dan and I tried to answer the “What is Old School?” question. Finally, I’ve come to this answer: they weren’t written that way, but maybe they should’ve been.

Of the three, the one closest to being old school is actually Mazes and Monsters. That adventure is kind of broken into two distinct parts, with a Fiasco-esque twist in the middle. In the first part, the players explore a college campus investigating the disappearances of various students. Ultimately all clues seem to point towards a closed down amusement park, and the second half of the game comes when they go there and get sucked into a magical alternate dimension, just as the missing students they’re searching for were.

Both halves are really quite location-based. On the college side the players may explore dorm rooms, offices, etc. If they uncover the professor all the students had in common they can go search for him and find he’s missing as well, and perhaps find some more interesting clues in his abandoned office. None of the locations are really required for the game though, nor are they presented in any particular order. Clues about the amusement park are sprinkled throughout all the locations and thus it’s pretty much a given the players are going to end up going there eventually.

Once they pass through the portal, we then end up in the realm, which is also highly location based. I have notes on where each student ended up, where there are mechanisms to get back home, and the horrors that will most likely kill the players before they’re able to escape. But I don’t really preclude escape, nor do I require the players to find any of the students. At that point it’s just about enjoying the downward spiral into death and madness in this crazy new location.

By the Fear of a Black Dragon host’s definition, this sounds very old school. It’s all location and monster based, with no explicit ending. Checkpoint Zulu, on the other hand, I wrote with a sort of theatrical framing, with sections labeled “Act” and “Scene”. That said, I’ve re-written this thing three times, and while it’s the closest to something publishable, completion still evades me. Now that I think about it, perhaps it’s this linear framing that’s hurting me. I could easily break it up into something more location based. I would have to write up some NPCs in more detail along with their motivations and perhaps even a timeline of what they’d get up to assuming no PC intervention, but the assumption for things like that is always that the PCs will intervene and it’s just a question of when. That might actually really help the writing of this thing come together.

So that leaves Gentlemen of the Wardroom, the first horror adventure I ever wrote for use with Insanity Cards. I haven’t thought about this one in a long time. I ran it a few times, with pretty big edits in between, but then moved on to writing Mazes and Monsters and stopped thinking about it. As I think about its progression, I realize more and more I moved away from what my old writing teacher called “scaffolding” — all that early set-up stuff that defines the setting and characters but ultimately isn’t really important to the final work. It’s important to write it just so it exists in your brain when you write the real thing, but then you’ve got to ditch it.

It’s important to the set-up of Gentlemen of the Wardroom that the captain is wounded in ship combat with some pirates. He then holes himself up in his cabin and won’t let anyone look at his wound, which naturally festers and feeds into his ultimate insanity. The first time I ran this game I came up with this complex system for ship-to-ship combat which was OK, but ate a ton of time and frankly took away from the time dwelling on the horror aspects. Later I reduced this to just narration and a couple roles for each player to dictate how they comported themselves in the combat. Likewise before the combat even comes I had a scene where the ship stops for supplies and the captain goes off by himself for some dubious meetings. It lets the players get a feel for the setting and ground themselves in their roles pre-horror, but in the long run, is it needed? Is this not just scaffolding?

So what’s the meat of the adventure? Well, the ship gets becalmed and terrible things start to happen. Members of the crew start to go mad. As mentioned before the captain holes up in his quarters and gets up to no good (he’s going to summon something truly horrific if the players don’t stop him.) A mysterious island appears on the horizon which promises to help replenish the dwindling water supply, but it’s full of dangers.

In fact, it’s full of a ton of dangers that I rarely ever got to play because I always ran out of time. Seriously, I drew a map of the island and put like five different interesting things on it, and in play the players maybe got to see one of them. Now that I review my notes, I think if I ran it again I’d be tempted to jump past all that intro stuff. I’d quickly narrate how the ship stopped for supplies and then was attacked by pirates – everyone roll to see how you did in that battle. OK, now we’re in the post battle lull and the ship gets becalmed. We can do that in like fifteen minutes and then let the players either stew on the ship with all the crazy things going on there and/or explore the horrific island.

That would again convert my adventure into something that feels much more old school. Gone would be the rote linear progression of events and instead I’d get a nice location and NPC based game that the players can explore in whatever order they like.

In fact, perhaps the best thing for me to do writing-wise is to put aside Checkpoint Zulu for a minute and see if I can’t polish up Gentlemen of the Wardroom as a horror adventure in an old school style. Perhaps if that works it’s something I could then apply to Checkpoint Zulu to un-stick that troublesome beast. It seems like the old school style may be exactly what I need to get past this writers’ block that prevents my games from escaping rough notes and making it into a format that someone other than me could actually run.

2 thoughts on “But is it Old School?”