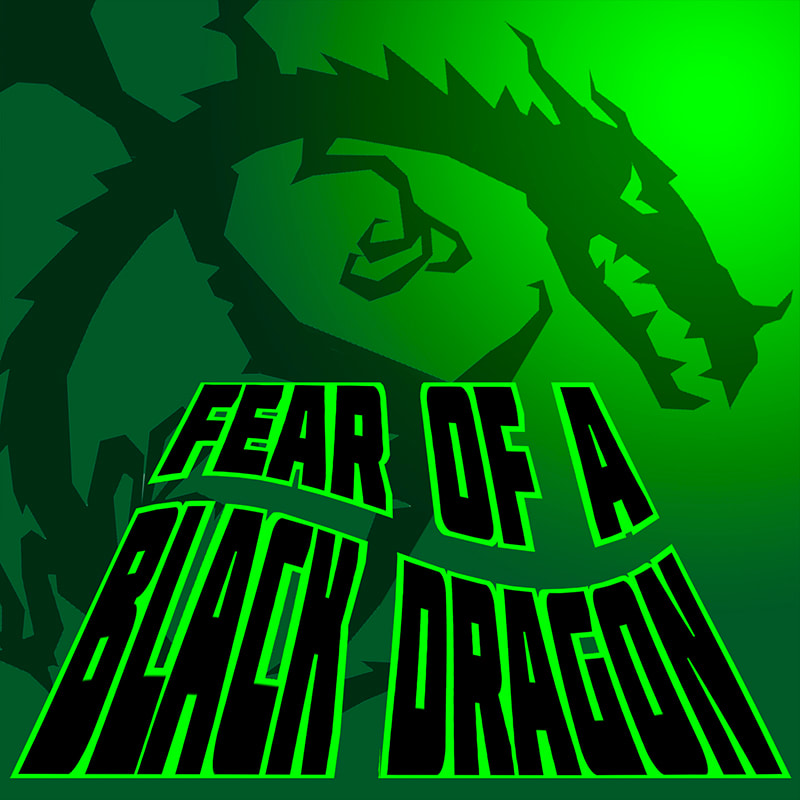 I’ve mentioned the podcast Fear of a Black Dragon several times in my blog now. I’ve noticed they have a really tight format that they use to keep their conversation focused. They neither directly address nor describe the format, but they call out the name of each section and after listening now to over a dozen episodes I’ve really come to admire it. And, since turn around is fair play, I thought I’d pick on them a little bit using their own format against them.

Every episode of Fear of a Black Dragon focuses on reviewing a single module. They begin with “the basic delve” where they describe the raw details of the module and then move into “what I like” where they each pick one or two things they really like to discuss in more detail. After that, the next section is “questions”, which is ostensibly where they pose each other questions about things they found confusing in the module, but sometimes is just thinly veiled criticisms. Usually next they’ll do a “chain lightning round” with quick back and forth highlights that they each want to draw attention to (often more praise), and then they proceed into “the expert delve”, in which they come up with a single topic which varies highly based on the module in question to really explore in detail. Finally they end with “companion adventures” where they describe other media (movies, books, music, other games) that evoke similar qualities to the module being reviewed.

First off, I’ve bought a lot of modules thanks to Jason and Tom. They make some good choices and it’s hard not to want to run some of the stuff after listening to their analysis. It’s not true for every episode, but enough that both my wallet and my reading list are feeling the impact. They’ve also exposed me to new systems, like Stay Frosty.

I also just really like the overall concept. I feel like by focusing on adventure review there’s enough grist in that mill to keep them going for many more episodes. Their format is nice and tight and they’re both very experienced GMs, so they often have some really keen insights to share, and it’s always firmly grounded in the particular module at hand they are reviewing. One of the things I liked most about listening to actual play recordings was hearing how another GM ran something I’ve read or run myself, so hearing two GMs talk about specific choices they made during actual play is just as interesting to me.

OK, so, they call it “an old school podcast” in their intro every episode, but do they ever actually run anything using old school systems? It seems to me like the only systems they ever talk about are Dungeon World and World of Dungeons. Are these old school? I’d argue that they are decidedly in the indy category of RPGs, indy RPGs that are trying to evoke the setting of old school, but indy nonetheless.

Likewise in the modules they choose, it feels more heavily influenced by modern OSR publications than anything else. I suspect they review more stuff published by Lamentations of the Flame Princess than by TSR. Now granted I’d definitely quantify Lamentations as being old school, but I also get the impression they don’t actually use that system either.

Not to say there’s anything wrong with any of that — I like indy games and I think they likely have more in common with old school games than either has with modern mainstream games (eg. 5e, Pathfinder, etc.) That topic may be worth a blog post on its own, but my point is it feels just a tad disingenuous to call yourself an “old school podcast” when so much time is devoted to how to adapt the old school content you’re reviewing to a different style of play. Some episodes are heavier handed in this than others, but generally I prefer those that stick to what does and doesn’t work in the module at hand over those that dive deep into ripping apart the content and adapting it to radically different systems.

Also, why must Jason keep bringing up synthwave music as a companion adventure for every module written in the 80’s? I mean, come on, that’s not evocative of the module, that’s evocative of the time in which the module was written. It’s like saying I think disco music is evocative of the setting of the first Star Wars movie because they were both made in the 70’s.

This blog post is already much too long for this. Instead, I’ll leave you with some links to the full blog posts I wrote inspired by their episodes on Death Frost Doom and Shadows Over Bogenhafen. Side note – my post on Death Frost Doom directly contradicts what I said earlier about preferring episodes that don’t try to radically adapt the content. What can I say? Somehow this one hit me just right.

It’s a bit dated, but the only other gaming podcast I can think of that was this thoughtful is The Durham Three. It’s pretty dated now but you can find some of their episodes archived over on RPGGeek. If anyone knows where to dig up more, please let me know.

The Enemy Within actual play podcast is a real nice companion to their episode on Shadows Over Bogenhafen.

3 thoughts on “Fear of an Old School Podcast”