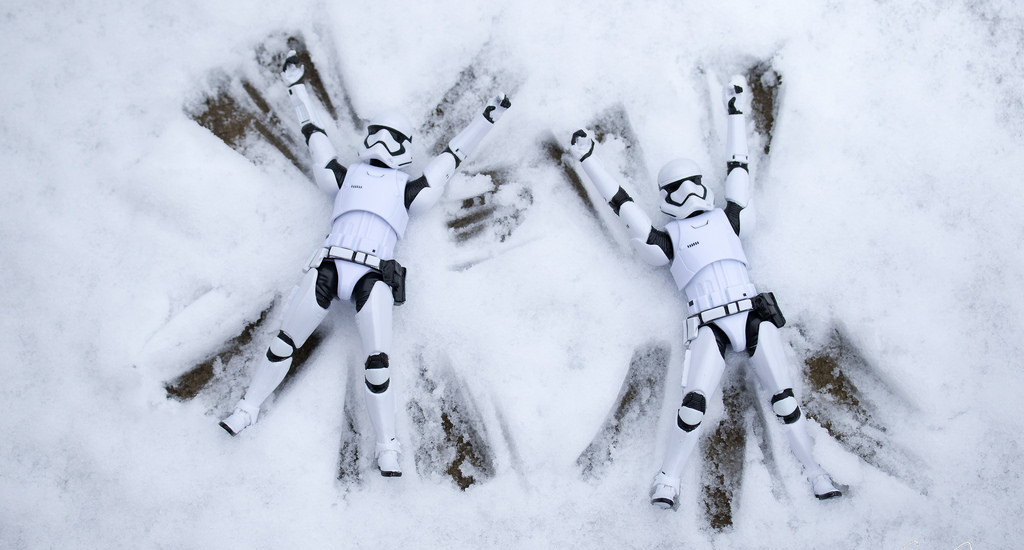 Having finished the Warhammer Enemy Within actual play recordings, I’ve started listening to the Fear of a Black Dragon podcast on my drive to work. Amazingly the episodes seem to be timed perfectly to fit exactly within my commute, and I’ve thus made it through the first three. The downside is that it’s really pressing on my drivethrurpg budget – it’s very hard to listen to two guys gush over a module for half an hour and not want to immediately go out and buy it so I can read it myself.

This morning’s episode was on Death Frost Doom, a horror themed fantasy adventure that is very much the wheelhouse of its author Mr. James Raggi, and I believe the inaugural module for his system Lamentations of the Flame Princess. I’ve been aware of this module for some time, possibly from way back when it was reviewed on Grognardia, but I never picked it up. The hosts of Fear of a Black dragon talk about how it’s been since improved in the later printings with additions by Zach S. All that said, it was still not super high on my list until late in the podcast when Tom described how he adapted it to other settings.

Apparently, Tom ran this module using the Stay Frosty RPG, an OSR system written to emulate sci-fi marines on a special operation. Think of space marines or the movie Aliens and you’re in the right direction. I do kind of like the mash-up of those types of characters in a dungeon-crawl-esque adventure. Author Casey Garske calls it point-crawling:

A particularly useful type of location-based adventure is known as a point-crawl. The basic form of a point-crawl is similar to a flowchart. Each node is a location, with the lines between nodes being possible paths.

Adapting this module to a sci-fi setting like this feels like it would work well, but Tom doesn’t stop there. There’s a third ingredient to his brilliant idea: Star Wars. In Tom’s version of this game, the players are all storm troopers and the location is an old jedi temple. While their initial mission is to recover jedi artifacts, it then morphs into simple survival and extraction.

Anyone that knows me knows I’m not a huge sci-fi fan. I don’t dislike it, but nor do I seek it out. My knowledge of Star Wars begins and ends with the films – I’ve never read any novels, or comics, or watched any cartoons. If I were to run something like this it would be a real stretch for me and probably wouldn’t have nearly the number of references the big Star Wars fans would expect. All that said, I’m totally in love with the idea of running this module this way. I even went so far as to buy both the module and the Stay Frosty rules (not a hard sell at an incredibly cheap price of $3.49).

The mash-up here is just delightful – all the supernatural stuff becomes jedi related very easily. Having the players play storm troopers adds a terrific feel of inevitable doom, which is exactly what this module is all about. It’s one of those modules that I suspect must be made more for one-shot or convention play, because the likelihood of the players making it out alive feels low. Having them play storm troopers is a wonderful way to telegraph that – you’re the bad guys, and you’re not even the cool interesting ones, you’re the bumbling ones that tend to do little more than get shot in the movies.

So, as I’ve said I bought both the module and the rules. I’ll be giving those a read in the very near future, and evaluating if I can actually pull off running it. Assuming I did so as a convention game, I’d have to be really clear about it being kind of “Star Wars adjacent” in the description so as not to make the super-fans feel like I was doing some kind of bait and switch. And perhaps this is a good excuse to go back and rewatch some of the films.

Man, I never thought I’d consider running a Star Wars game. How the heck did I end up here?