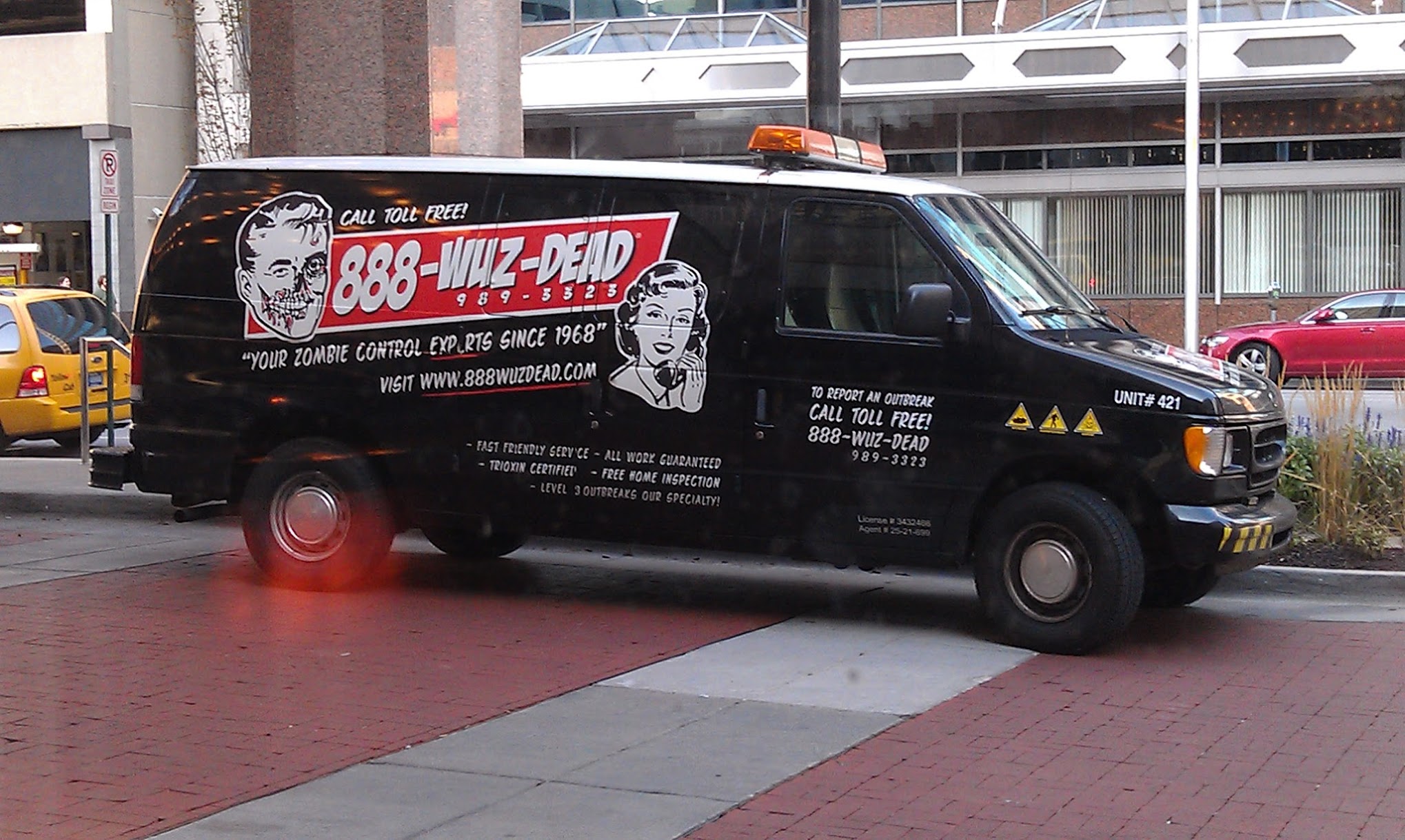 One of the most delightful parts of attending Carnage is the two and a half hour drive up with my good friend Adam. We see each other rarely enough that we can easily fill that time with lively conversation. Of course most of that conversation is around gaming. This is my second attempt to post about it. Our banter drifted between topics so easily it’s hard to coelsce it into one single poignant post. So instead I thought I might do a quick highlight reel:

The intersection of our gaming interests is definitely greatest in the horror realm, so Adam and I dived deep into comparing games we’ve played in and games we have run. I hesitate to dig into too much detail because in the name of optimizing our own GMing skills we can become quite critical, even of games we both agree were very fun. A key take-away we came to though was this – we think games where the players are given an active goal to pursue from the beginning, even when that goal is invalidated or pursuing it is in fact the very thing that opens the gates to cosmic horror, are far more successful than those where the players are thrust into some kind of trap and can do nothing but squirm.

It’s easy to fall into a trap when writing a game, especially a horror game, where you get so wrapped up in the setting or mood that you dwell heavily on it without actually giving the players something to do. And sure, while my character may have paragraphs of interesting back story or personality quirks, without the context of some goal to accomplish I have little opportunity to portray them. That is, being afraid of heights is only an interesting character flaw if I have a strong reason to want to also want to climb onto the roof.

Reasons to Interact with the Other Players

Horror games often revolve around a mystery to solve. Usually the GM knows the whole story, and doles out bits and pieces for the players to piece together. Often part of the fun is that realization moment when the pieces fit into place, especially if there’s an ironic juxtaposition of that with my goals (eg, it’s a cookbook!)

That said, if the GM is the only source of information, he or she will become a major bottleneck to enjoyment. It’s super rare for all the players to pursue a single line of investigation, so as such it’s like that at any given time the GM is only interacting with a subset of the players, or a single player, leaving the rest of the table as passive observers. Or worse, bored and staring at their phones.

One way I combat this in my own games is by giving players bits of information on their character sheet from the get-go. Sure, we’ve all played games where you get a character background and maybe you have a dirty secret. But I’m not talking about that, I’m talking about building in info that the player does not find particularly secret and would be very willing to share with the group, just might not think of doing so unless asked. Then I build into another character a reason to want that information, and possibly even a good reason to think the other player might know. The point is to get the players talking to each other. Some of my favorite moments in games I’ve run come when the players are rapidly firing back and forth at each other and I’m the passive observer.

A practical example – in one game I have a PI that is looking for a missing child and ends up at the older sister’s college. Another player is the Dean of the college, with access to records about all students. A third player is a student who works as the Dean’s receptionist, and is in a love triangle with said older sister and another student. The game starts in a scene I set where the PI has entered the Dean’s office looking for answers. Inevitably something like this happens:

PI: Dean, I’m looking for info on a missing kid, his sister goes here: um, her name is Sarah Roberts, can you tell me where to find her?
Dean: Becky, can you please pull up the records on Sarah Roberts? What dorm is she in?
Becky: Sarah? What has that bitch done now?

That’s just the beginning. The players will usually spend some time bouncing off each other just having fun portraying their characters. Then all three usually want to go find Sarah together, and I get to join in on the fun.

Secrets, Secrets, Are no Fun

Let’s get back to that bit about characters with secrets in their background. This can be fun, but I find players very often are way too coy about this stuff. I played in a Star Wars game at TotalCon where I was a crime lord looking to horn in on any illegal action I could uncover. At first I played it coy, saying I was an Entrepeneur looking to network and connect people, make deals, etc. I only hinted at the fact that maybe I might have little compunction about the legality of any such business.

About halfway in I realized a character offering to transport goods was probably a smuggler. I took her aside and said look, I own this sector, if you want to move goods through it you go through me. I can get you all the work you want but I always get a piece. She agreed to work with me, and the whole interaction was extremely fun – she warned me I had better not freeze her carbonite! I realized this was the way to make the most of this role. Soon I was outing myself to anyone that would listen. Eventually I did so to someone that wanted to take me down. Unfortunately that player let nerves / uncertainty get the better of her and did not shoot me in the back as I walked away. I wish she had, that would have been an extremely satisfying end to the game for both of us.

Adam and I had earlier talked about having “meta” conversations with our players before play began. I proposed simply stating this up front if you’re running this kind of game. Something like:

Hey everyone, many of you have dirty secrets in your backgrounds. I think we can all agree that these are the most fun when they come to light. Think of it like playing a character who has a magic potion – if you don’t drink the potion before the game ends, what’s the point in having it at all? I recommend you all think of it as your personal goal as a player to find a way for your secret to come to light by the end of the game, in the most dramatic and satisfying way you can contrive.

Well, I think that’s about all I have for the moment. Adam and I covered a lot more ground, but eventually it turned into plans for next Carnage, and I don’t wan to spoil it for anyone that may come. See you guys on the mountain top next year!

1 thought on “Gems From the Car Ride”