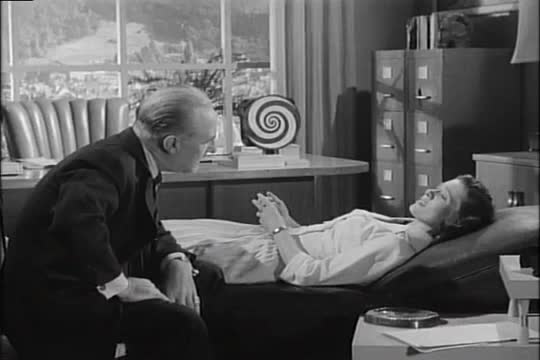 OK, time for some final thoughts on the horror games that I ran. I’ll move on from this soon readers, I promise, but these retrospectives has actually been really helpful for my writing of the new adventure I’m working on now. No doubt I’ll have thoughts on that process to share as well, but since I have not yet run it for anyone I will probably be even more cagey with details so I don’t spoil it for future players.

First off, my Mazes and Monsters game really helped me figure out the balance around the use of the insanity cards. I was worried that in my games of Gentlemen of the Wardroom I failed to give the players enough opportunities to draw the cards and play with them. In Mazes and Monsters I realized after the first run that the cards would probably be totally unused in the first half but would accellerate rapidly in the second, so I started just telling the players that up front. After showing them the basic mechanics of how the cards worked I made it clear we probably wouldn’t use them at all until the second half of the game, and I think having that expectation really helped players know how much or little to think about them as we played.

On the other hand, I was also worried that because players tended to split up or interact with each other a lot that I’d miss a cue when a player realized some horrible truth. At first I tried telling my players that they should let me know if they felt they should have drawn a card and I didn’t ask. Later I pushed it even further and said if you think you deserve a card just draw one. This last part was taking it too far. I had at least one player that grabbed up cards very quickly and had a battery of insanities well before the final hour of play. Ultimately I think I just need to make a statement like this:

Now that you know how the cards work, let me just point out that we probably won’t use them at all for the first half of the game, but they’ll accelerate as we get close to the end. If you feel like something comes up in game that deserves a card and I miss it, please feel free to let me know. Otherwise, keep half an eye on the time and try to pace your use of the cards to have your character reach a satisfying end in the last hour of the game.

I also do like the opening scene concept and will likely use that in my next game as well. I think it works best when a player has some info that they don’t feel is particularly secret and are willing to share, and that another player wants that information and knows which other player might have it. I should also probably arm myself with a useful NPC to have at the ready should the players be tentative or start to go off the rails in this scene.

I think a final item that’s jumping out at me that I didn’t realize until writing up these retrospectives is that it’s really useful and fun to have a lot of things going on by the end of the adventure. In Gentlemen of the Wardroom we had both the island and the captain to deal with. In Mazes and Monsters they have four different directions to explore and not a lot of reason to stick together. Having the players split up actually works really well in horror games. Let me give some specific examples:

In one run of Mazes and Monsters the party split up and one group found and rescued Hank while another group blundered through the woods in the direction of Venger’s Castle. The group with Hank got him to calm down and talk a bit about where the other kids might be found. He spoke of Diana, and Venger’s horrible prison, and the terrors in the woods you’d have to get through to even get there in the first place. Then we jumped over to the other group who were all about to stumble into everything Hank said providing a wonderful sense of foreshadowing.

I also remember another game where some players went off and faced the dragon in the caves, got horribly burned/wounded but somehow survived, and then came back to the crossroads. Meanwhile another group went back to the tavern, saw the gruesome scene there, and also came back to the crossroads. They had a wonderful moment of playing out the double take of “You’ll never believe what we found… holy crap what the heck happened to you?” And of course the lovely ensuing discussion where one group says there are bus-sized fire breathing monsters out there and the other group thinks maybe they’ve lost their minds (and somewhat they have.)

So, I’ll have to figure out how to make sure the climax of my third game includes lots of different directions to pull the players to encourage them to split up. There’s an odd counter-point there to how I run my D&D games. When players discuss splitting up in D&D games I usually say that’s fine, we can do that if you want, but recognize that there’s only one of me and I’ll have to split my time between the two groups which means half the group will be sitting idle waiting for me. On the other hand, I delight in splitting the group with horror games, and am actively looking for ways to encourage it. I suppose that’s because in horror there is certainly entertainment to be had watching the other half of the group get into trouble. Also the opportunities for roleplay between the players increases by making them spend a little time apart.

OK, I think I’ve gotten that all out of my system now. I may have some minor things to say about the new horror adventure I’m writing, but also look forward to a return to some D&D topics soon.