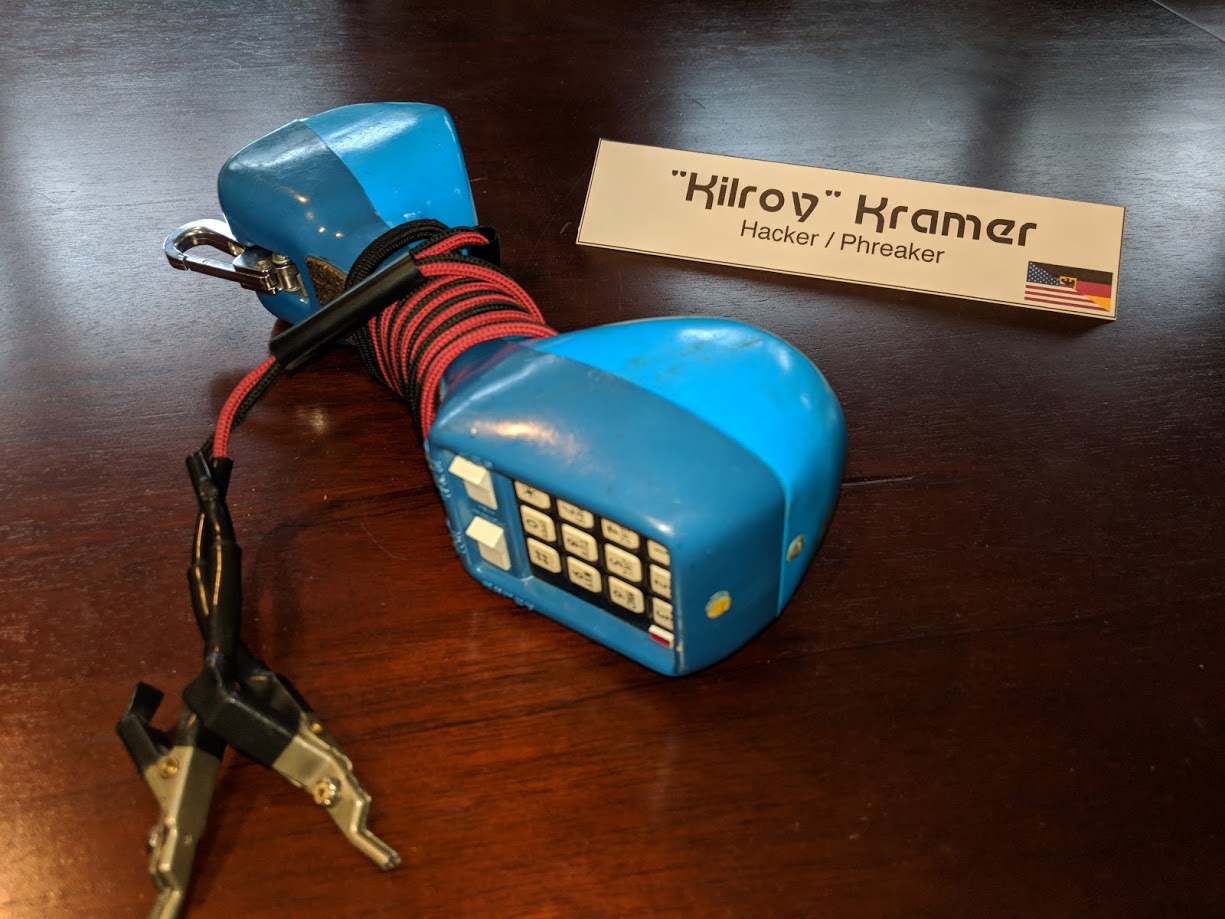 Oh, I totally forgot one important detail about the phone prop.  You may remember that each player is given a personal prop that represents their character.  One character, Kilroy, is a phreaker – someone that knows how to hack phone systems.  Kilroy’s prop is another ebay find, and old 1980s era lineman’s tool: 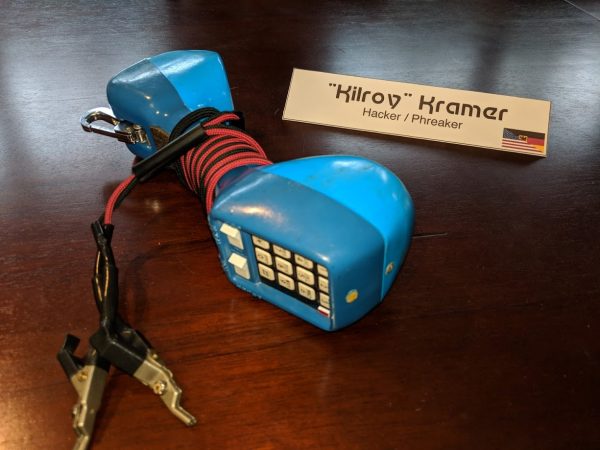 So, naturally once making phone calls becomes a thing in the game, this player wants to know if he or she can tap the phone.  Sometimes the player will directly ask, ready to roll some dice.  Once a player just started miming the activity by attaching the alligator clips to the outside of the phone.  In either case, I have a little hand-out for the player: 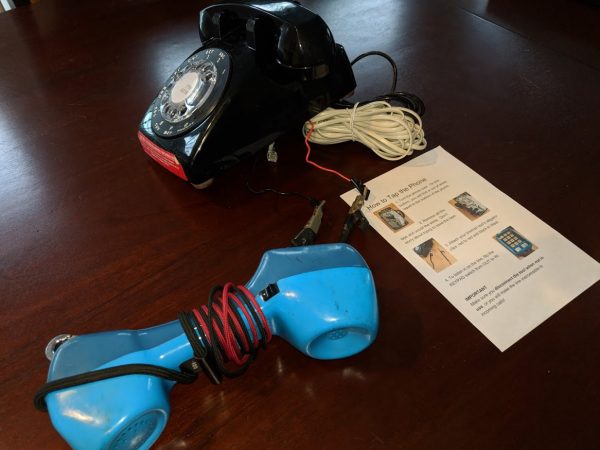 The little half-sized page is titled “How to Tap the Phone”.  It indicates that the player should flip the phone over.  Doing so reveals two raw wires taped to the bottom that can be uncoiled and pulled out:

So I’ve prepared the phone by attaching these two wires to the receiver and pulling them through random holes in the base of the phone.  And miraculously, the lineman’s tool which was billed as a non-working prop on ebay totally works.  You can clip on to those two wires and totally listen in on any phone conversations.

I liked this both as a cute physical thing for the player of that character to do, and as a way to make it such that more than one player gets to hear my end of the phone calls.  Not only does this encourage the players to share the info more, but it gives a second person’s worth of memory when they ask “what exactly did he say?”

So yeah, I may have gone a bit overboard with the phone stuff, but it’s super cool.  Also, these are the parts that make me start to think that I may have written more of a LARP than a standard RPG here.  Actually, I think that might be the best way to solve the two-table problem.  Maybe I expand this out to a LARP with multiple GMs to help, and some players get to be the East Germans in a separate room somewhere.

1 thought on “Checkpoint Zulu: More on the Phone”