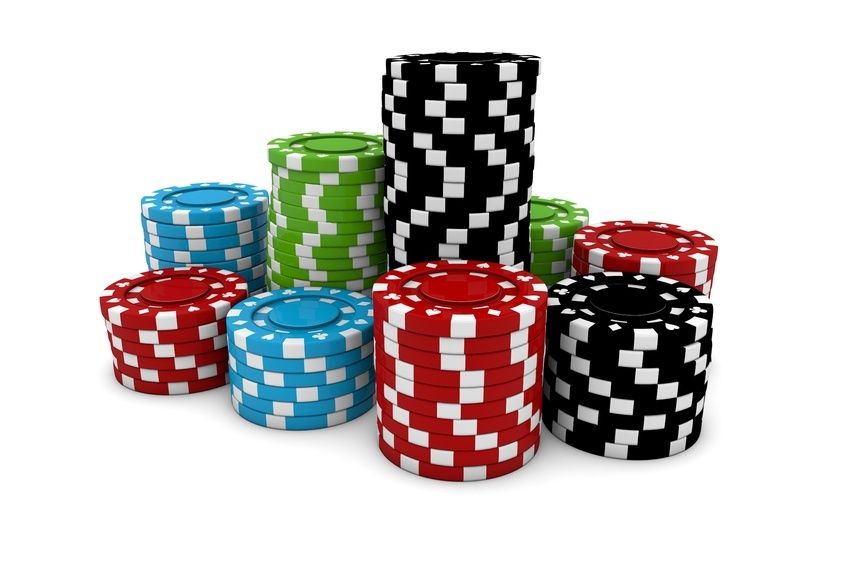 I found it very difficult to word my previous post when talking about the system of Demon Wars.  Gaming appears to be one of those hobbies where we’re used to using very black and white language.  That game was terrible, this game was great — it allows very little space for acknowledging how subjective and multifaceted the experience actually is.  It’s very difficult to couch an opinion of “this style is not my personal preference, nevertheless I still enjoy it.”

So with that in mind, here’s a very subjective list of things I feel do and don’t work for me in Demon Wars.  I’m not saying these things make the game good or bad, simply that these are things that stand out to me coming from a history of a pretty different style of play:

What Works for Me

Resource Visualization – Characters in Demon Wars have three pools of resources – health, focus (used to fuel spells), and balance, which are represented with stacks of poker chips. The total values of these pools remains relatively low, probably never really capping say 20 at high level, making the stacks of chips always manageable.  As points are spent or lost, players move the chips to a different area, making it easy to visually see by just looking around the table.  This adds a very nice verisimilitude to the game.  The healer doesn’t need to ask if anyone’s injured – he can see it.

Complementary Character Abilities – There is a real nice system of player abilities that feed into each other, which does give combat a strong sense of teamwork.  I think this also encourages everyone to pay attention to what’s happening tactically, rather than sit bored waiting for their turn to come around, which other combat focused systems suffer from.

What Doesn’t Work for Me

Scale of Numbers – Most checks are made on a d100 usually with double digit modifiers.  It’s not quite percentile per se — you’re always adding the modifier and trying to hit a target number which can often exceed 100.  That’s some pretty heavy math for an RPG.  And unfortunately there are some things that modify the roll by only a couple of points, which feels pretty valueless.  I’d be inclined to divide all values by 5 and switch to d20s.

Magic – The spell list feels a little spotty.  Maybe I’m just too used to the D&D spell list, which after decades of play and Delta’s excellent work, is pretty highly refined.  With the focus of the game on combat I feel like a lot of the more utility spells are lacking.

What I’m Still on the Fence About

Balance – One of those three pools of resources I mentioned before is a thing called balance.  The most common use of this is what the group calls “active defense”.  Specifically after being struck by an enemy a player can spend balance to raise their defense score (in D&D terms think of it as lowering your AC) to negate the hit.  This I think is much better than something like say Warhammer FRPG where you roll to parry – it’s very quick to adjudicate and being tied to a limited resource it won’t go on indefinitely.  Still, it does prolong combat, which is something I’m never a fan of.  On the other hand, I do like how it creates player dependency loops (see above), so I think this one lands squarely in the on the fence category.

Asymmetric Gameplay – As I mentioned in my last post, the crunch is really all on the player’s side.  The basic attack and defense stats are the same, but that’s where the similarities end.  Active defense, spell casting, and really all special abilities are a little different behind the screen.  Ultimately this is a good thing, as trying to track all the complexity of a PC per monster would be untenable.  Unfortunately that means a lot of time as a player hasn’t really helped me figuring out how to run this game.

Well, like any game I suppose this one has its ups and downs.  It probably doesn’t help that this group has been playing it for so long without me.  I don’t want to rock the boat too much, I may just find myself shown the door!

I’m sure more familiarity with the system will make me more comfortable running this game, which in turn will make it easier for me to improvise and bend it in the directions I prefer.  I find myself returning to a Picasso quote I used in a post not very long ago:

In fact, that inspires me a bit.  Maybe it’s time I really started dissecting the rules a bit more.  For example, what is really missing from the spell list?  I complained above that it felt spotty, but do I know precisely what I feel is missing?  I think it’s time to build a spreadsheet, maybe compare the Demon Wars spell list with the OED spell list and really identify the gaps.

OK, well, I guess I know what my next post should be about.