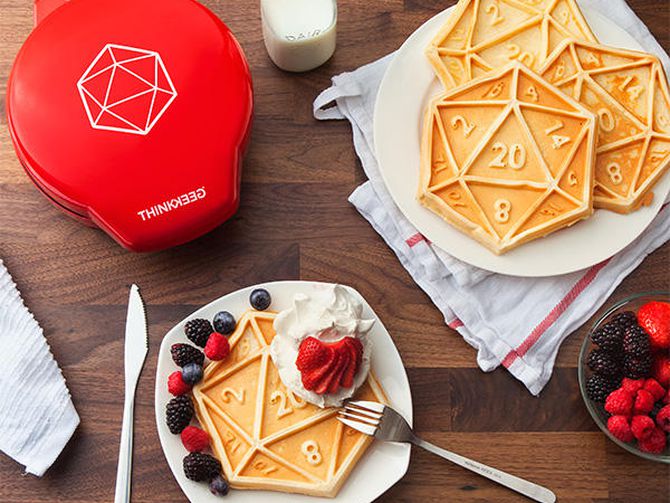 Having spent much of my holiday break working on my horror game, this morning I decided to take a peek at what else I signed up to run at TotalCon to make sure I spent a little time prepping those games as well.  Turns out I’ve gone way overboard and am running 5 other D&D games.  What was I thinking?

Actually, three of those games are 2-hour sessions of what I call “Bossfight for Breakfast”.  I started doing this a couple years ago when I realized there was a niche to be filled in the 10 AM to noon slot.  TotalCon runs morning games from 8 AM to noon, but that’s just too early for me, especially after staying up late talking and drinking with folks the night before.  There is an abbreviated slot from 10-12, but mostly you only see quicker board games being run in that slot.  Nobody would be daft enough to try and squeeze a roleplaying game into 2 hours, right?

Well, I hate being at loose ends in the late morning.  Waiting until 1 PM for the next full slot leaves a little too much down time for me, but there was no way I’m getting up for 8.  I also noticed that especially on Saturday and Sunday the day-trip crowd who show up with no idea what they’re going to play are rarely in by 8, so there are plenty of players to draw from around 10.  I started thinking – how could I squeeze a little D&D into just 2 hours?

Perhaps the best way to tell you what I came up with is to just show you the event listing I run for these:

Bring your coffee and your donuts with you for a quick throw-down of classic D&D. We’ve got just two hours so we’ll cut to the chase – kick down the door and roll initiative, because we’re skipping straight to the exciting climax. DM will do his best to give you a glorious and heroic death. Different every time, sign up for as many as you like. Breakfast Not Included! (BYO)

As you can see, after running this a couple years in a row I realized I had to strongly word the fact that I was not providing anyone with breakfast.  Instead, I hand out character sheets and give players a nice quick 2-3 rooms of wild and wooly D&D.  It’s pretty combat heavy for what I usually run, but I try to include rooms with a lot going on, both in terms of interesting enemies with unusual tactics and a lot of different terrain to bounce off of. 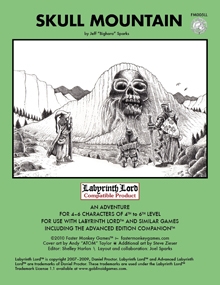 The most success I’ve had with this is stealing a couple parts of Brave Halfling’s Skull Mountain.  This is a pretty great little module that’s inspired by the old side-view map in Holmes titled Stone Mountain.  There are two areas that I particularly love and have modified somewhat when running them in my home campaign.

The first is a massive cave which the players enter by walking down a spiral staircase that winds down around the outside of a massive stalactite.  This is then connected to an equally huge stalagmite via a rope bridge, which naturally is guarded by some very clever lizard men.  I just love the looks on players faces when they make it halfway across the bridge and come into sight of the lizard men, half of them firing bows and the other half raising their axes to cut the bridge.

The second is an interior of a series of connected domed buildings.  The first building contains a two-floor circular room set up as a trophy room with all kinds of interesting magic items on pedestals, and an upper balcony encircling it on which are lurking seven were-tigers, which I call the seven sisters.  I can’t recall if the seven sisters are in the original text or an interpretation I added, but I’ve made them very flavorful.  Each one is more beautiful and deadly than the next, draped in different color silks that corresponds with magic gear she has (the red one has a potion of fire breathing, the blue a wand of lightning, etc.)  This room then leads into the next building which contains an enclosed amphitheater at the center of which is a huge pool of water in which reclines a massive humanoid with the head of a hippopotamus.  He stands waist deep in 10 feet of water, encircled by an anti-magic shell, hurling weapons and stones at the players as they try to approach and are harried by his human followers and any of the seven sisters that might still be in play.

So, now I’m looking for new material to steal for these games, as I’m always worried I’ll get repeat players at these things and don’t want to bore them with the same game they’ve already played.  I think Rappan Athuk has a few gems I can steal.  There was a nice bit of scenery in one part that I played in when Dan ran it where a 90′ cliff ended in a 30′ pool of water, and we had to reach the beach at the opposite side.  Naturally there were monsters at the top of the cliff and in the water.  Maybe I’ll sprinkle something extra on the beach itself as well just to really give them the squeeze.

I think I may also do a purple worm based one.  There’s a purple worm area in Rappan Athuk, and one in another adventure I’ve run at past conventions.  I bet I could meld those together into something really fun.  I love purple worm fights – especially if I get the opportunity to swallow a player whole.

That still leaves one more session to stock.  Anyone have any good stories to share of really interesting boss monsters, or interesting terrain they had to fight in?

1 thought on “Bossfight for Breakfast”