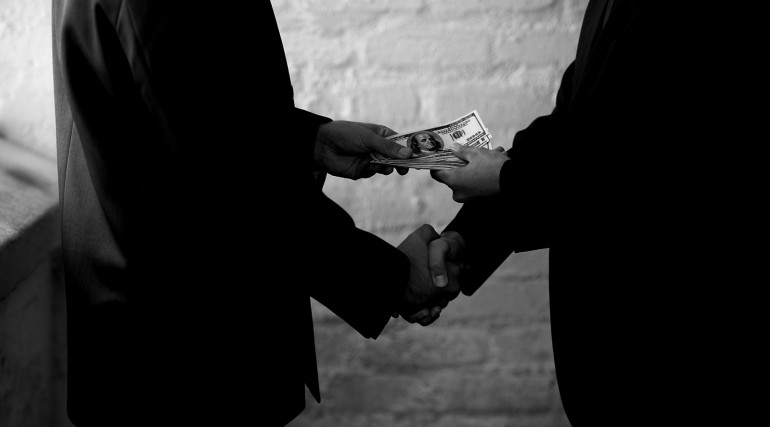 One of the goals of my Insanity Cards (on sale now!) is to empower players to take an active role in one of the major difficult areas of a horror game – pacing.  In general I really like pushing responsibilities for stuff like that to players.  I know some games do this a lot more, some such as Fiasco go all the way to eliminating the GM, but for my regular games I look for smaller, more subtle methods of the same thing.

Recently in my Demon Wars game I did this by introducing a simple little mechanic for dealing with black market goods.  Specifically in this case magic gemstones – in the Demon Wars world they are the source of all magic and highly controlled by the church, but of course where human nature intrudes a black market will emerge.  But these rules could be extended to work for magic items in any setting, or really any high value black market good.

Here are the rules:

The player first commits to purchasing the black market item at a known base price.  Then the player must roll 3d6, and assign one die to each of the three columns in the chart below.

The player has some agency to choose where to assign each die, but the randomness could result in very good or very bad outcomes.  If the player does not have enough time or money to deal with the outcome, well, that’s their problem to solve.  It adds a little random chaos into the game, similar to carousing in that way, but it also gives the players some choice in what kind of problems they’re willing to deal with.  Are they happy to pay a premium for an item that will pass inspection or is on hand right now?  Would they rather come back later when it’s available, and give me time to flesh out an interesting encounter?  Or do they need something immediately on the cheap, and damn the consequences of dealing with known criminals?

The text for time and heat are colorfully written from the perspective of the seller, and it’s up to the GM how to actually adjudicate that.  Time is a bit easier, in some cases the difference between right now (5) and a couple of hours (6) may be inconsequential, or it may be a matter of life and death.  The heat column of course requires a lot of GM interpretation.  I keep notes on which exact items were purchased, and where they were purchased, that have a heat of 1-4.  In the case of heat 3 I may assign a specific NPC that’s looking for the thing.  With a heat 2 I’d expect the town guards / police to react negatively if it was used in the location purchased, and with heat 1 basically everyone’s going to be shocked when it’s out in the open — it’s basically like you’re flashing around the hope diamond.

In fact, I think the germ of this idea was seeded when I was running D&D and added a material component of a 500 sp gem to the raise dead spell.  That’s a lot of cash in my games, which made it such that if your level 1 character died, the party was probably not going to pay to get you raised.  But the players did often seek out raise dead spells for higher level characters or those with strong emotional connection, and they didn’t always have a 500 sp gem on hand.  They might have plenty of cash, but there’s also a time limit on raise dead, so they might return to town and need to buy a big pricey gem quick.  So I started roleplaying them making contact with some pretty shady NPCs who could get them what they need if they had the cash ready.

I think the next time I run a D&D campaign I will probably use the above chart for purchasing those big raise dead gems.  I still prefer to keep magic items so rare that nobody in their right mind would ever sell one, but as an extra bit of friction for raising your dead compatriots I think it fits pretty well.