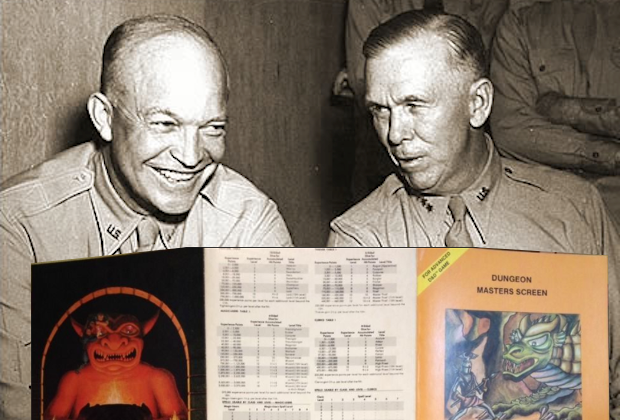 Yet another topic that has spun out of GaryCon for Dan and I is this – how would you run a convention game that utilizes two GMs in an interesting way? We’ve also talked about this for campaign play, but I find the two scenarios are different enough that we should discuss them independently. So, given that you have a one-shot game with strangers for four hours, what’s the best use of having double the normal number of GMs?

Separate Duties
I’ve seen this done at conventions where basically the GM has a gopher – someone to look up a rule reference, queue up an audio track, etc. It’s just a quick way to free up the GM when there’s a time consuming parallel task to be done. I’m sure that’s helpful, but I could just as easily imagine those games run without the second GM. Now that said, I think you could formalize separate duties for even greater effect.

For example, what if in a standard dungeon crawl one GM was the rules arbiter, while the second GM was actively playing the bad guys to win? The second GM is doing all the monster actions, and inbetween combats is analyzing the dungeon to see what other inhabitants can be activated and mobilized. Maybe he’s got to go through the arbiter GM for questions like “what other rooms can hear the combat?” I suspect that would really make the dungeon feel alive, and make it quite a bit more dangerous, if you had a particularly clever GM trying to win for the baddies.

Split the Party
They always say don’t split the party – but what if you had to? I suspect this is only really fun if the two groups do eventually come together. I’m imagining a game where say in a certain amount of time the evil priests will open a nexus to let in the demons. There are a bunch of shrines scattered about that the party can destroy, and each one destroyed reduces the number or power of demons that come out at the end. The players are thus strongly encouraged to split into two groups to hit more shrines simultaneously, then come back together at the end to fight what makes it out of the gate.

Perhaps you could really double-down on this by having multiple points in the game where the party reconvenes, plans, and splits again. Imagine if the party has some good intel on every location, so after hitting two they come back and pick the next two, forming two new groups that are best equipped to handle each location. “OK, this one is underwater – how many of us can breathe underwater?”

There’s a lot of problems with this. First, it would be pretty hard to make sure the time of each split lines up. It wouldn’t be very fun if one group had to wait around for the other group to finish up before they planned the next raid. Second, this does assume the party is pretty efficient and planning and executing multiple raids – not something I’ve seen a random group of strangers actually do very well together. So maybe it’s best to just scale it back to a single split with a hard wall-clock time for the final battle.

One is a Plant
This one is a bit nefarious – one of the GMs pretends to be just another player but is in fact a plant. Maybe he’s playing a character that at a key moment turns on the party. Of course one could argue that this doesn’t require a second GM, just special instructions for one of the players. But being in on it from the start does mean he could have a lot of background knowledge. For example, maybe he knows the whole layout of the dungeon, and is actively trying to guide the players into specific perils. Is that fun though, or would the party just be confused and/or frustrated?

I think those are all the variations we were able to come up with. I’d love to hear any other ideas out there. Anyone ever seen a really clever use of a second GM at the table?

7 thoughts on “Two DMs and a Convention Game”