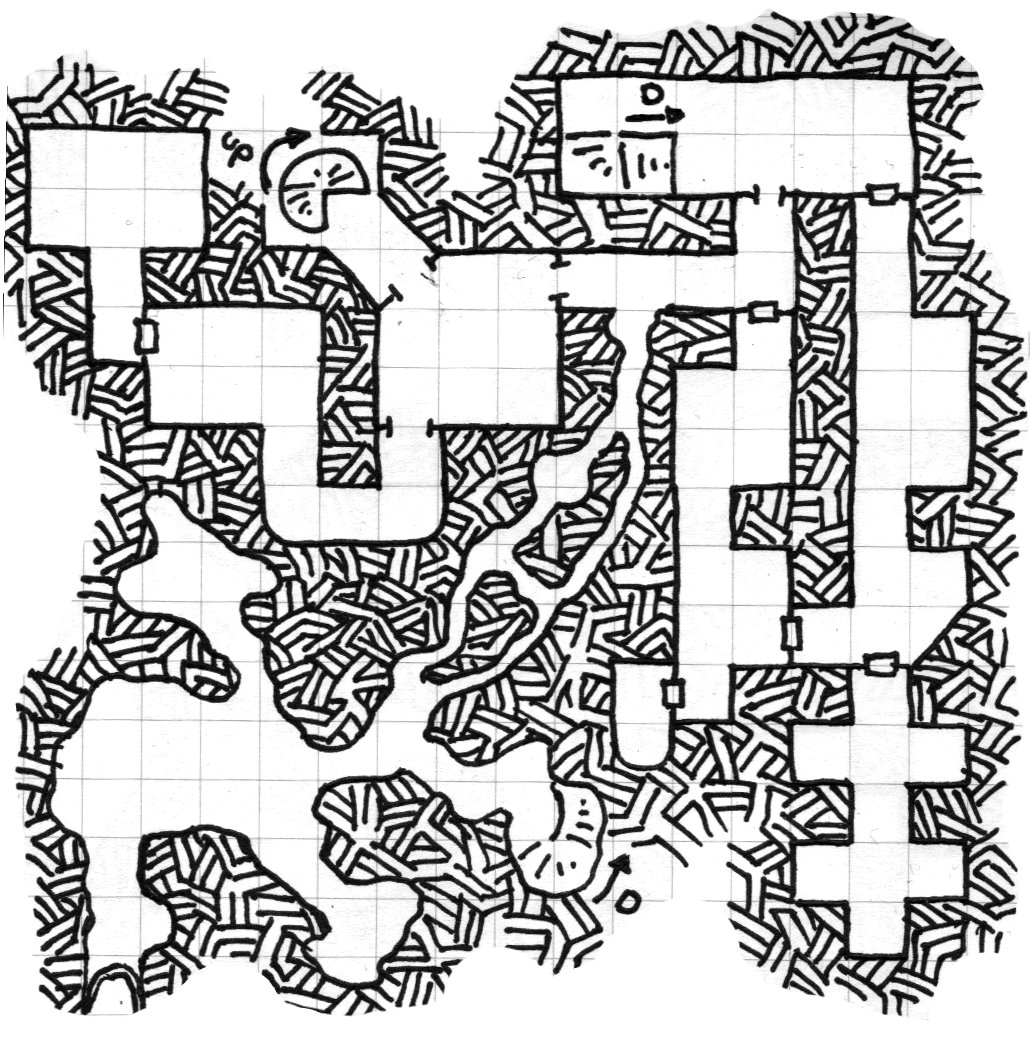 Sorry for the lack of posts over the past few days, but I’ve been too busy playing!  For my birthday no less than 5 awesome gamers braved the trek from New York on up to my house for a 3-day D&D marathon, punctuated by dips in the pool and meals on the patio.  Usually for this event I have a few house guests that are down to play for every minute possible and a random collection of locals who come for a few hours or a whole day.  This year we had only one local for one of the days, which was fine given our core five players that played every minute of the game, but made me muse that perhaps I should have just traveled down to NY!

Anyway, this year was my turn to run and I wanted to give the game a little taste of longer form campaign play.  For the content I chose Dyson’s Delve, the first level of which I’ve used in the past for my intro to D&D games.  This dungeon is a mini-mega-dungeon, meaning it follows many of the tropes of a classic mega-dungeon while keeping each individual level quite small.  I informed the players of this right off the bat – each level lower will increase in difficulty and reward, and there’s no major over-arching “plot”, but many different factions with their own little stories that are bumping into each other.  I used the wilderness map from L1 for context, placing the dungeon on Bone Hill, and basically making the journey there completely safe provided the players stuck to the road.  I was ready to handle it if they strayed from the road, but they never did.  The players were thus in complete control of the pacing of the game, able to retreat from the dungeon as they pleased, and each time they returned to town I awarded XP and gave them the chance to restock equipment and go carousing.

The dungeon is 11 levels deep and according to Dyson covers character levels 1-6.  I did my own math to make sure this jibed with my method of awarding XP (it did), and thus set an over-arching goal for the players to each reach character level 5.  I also gave them the lead in I used for my intro games which gives them a quick short-term goal right on level 1.  I also generated a rumor table, and had my motivations table on hand.  Each player got a free roll on one or the other, and could get additional rolls on the rumor table by spending an evening at the tavern and making a charisma check, with +1 for ever 5 sp they spent on buying rounds.

OK, I wanted to lay all that out as the setup, as I think there are a lot of interesting things to dive into here.  So likely this will lead into a series of many future posts.  That said, here are some highlights:

OK, I have a lot more to share about this weekend, but posting may be sporadic as I’ll be traveling this week.  I’m kind of hoping that means more time to type some things up while on planes and busses and such, but we’ll see what actually happens.

In the meantime, I’ll leave you with this final recommendation.  If you’ve never perused Dyson Logos’s site, you really should go do that right now.  The stuff of his I’ve used and posted about here is only the tip of the iceberg.