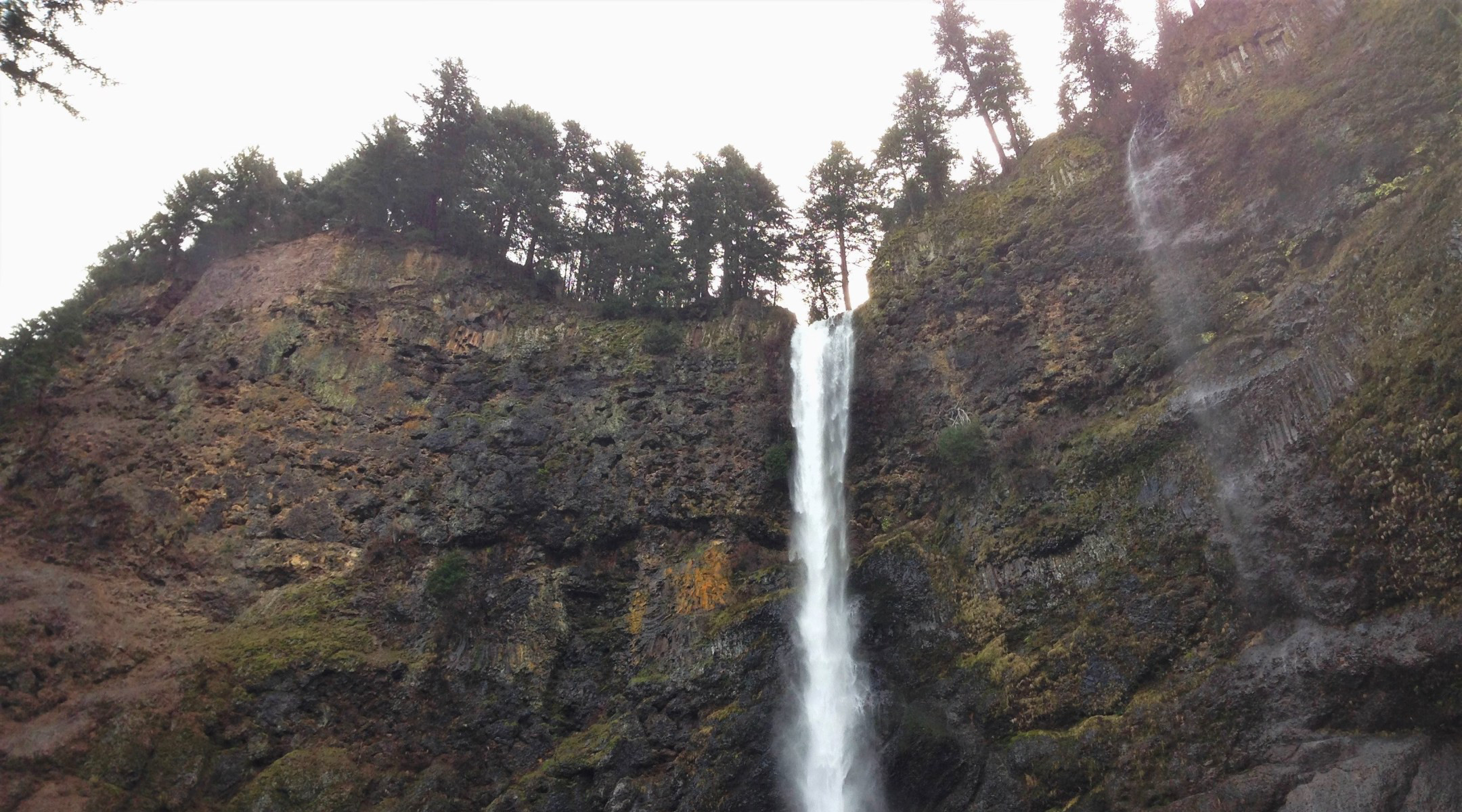 I’m still working up some posts about my TotalCon experience, including a lot more info on my horror game, Bryson Springs, which I got to run twice. In the meantime, I thought I’d share Gloomwood Falls, the OD&D game I ran on Thursday afternoon. Originally written a part of my campaign, I’ve now run this at several conventions and it continues to be both easy to run, and a bit of a crowd pleaser. I’m sure I’ll run it at yet more conventions in the future.

In my campaign, this adventure came up when I had two princes competing for reign of the kingdom — Prince Harry and Prince Gwey. Harry was a pretty militaristic guy, with a habit of showing up in free cities with his army and notifying them of his dominance by putting the heads of the local rulers on spikes by the gate. There was a rumor that he was actually a hobgoblin, actually started by one of my players. They didn’t much care for the guy, so they decided to track down Prince Gwey to try and get him on the throne.

Gwey was a more quiet, academic type, and at the time I wasn’t sure where exactly he was. But what I did have was an area on the map named “The Shelf”, which was meant to be a sort of primordial lost plateau type of place, full of giant creatures and possibly some dinosaurs. I decided Gwey had taken off to that area with his personal guard to try and find some ancient magical artifacts to help him in his fight against Harry. So off my players went to track him down, marching through the Gloomwood and fighting the lycanthropes that live there while I played for time. See, I had no idea what happened to Gwey or how to get up to the shelf — this all came up in one session and I was GMing by the seat of my pants. After that session, I sat down and created a means of getting to the top of the shelf.

I dusted off my geomorph painter and slapped down a couple geomorphs (thanks to Dyson Logos) for some caves behind a waterfall with a couple ways up to the top. I quickly stocked the thing up with some interesting monsters, including both a lich and a purple worm. In retrospect, I sure hope my players were high enough level to handle this! I also amused myself by tossing in some of Gwey’s men transformed into werewolves, just to hint at his fate.

The purple worm lead me to a theme – giant sized monsters. I figured since the plateau above them contains all kinds of giant primordial creatures, this area could be the equivalent of their underground. I especially liked the idea of there being giant birds (rocs) that ate the giant (purple) worms.

While the campaign ended long ago, this adventure it turns out has some serious legs. I think it works well because it has some very interesting twists, a back story that’s easy to summarize but doesn’t really matter (nobody seems to care about the missing sir-not-appearing-in-this-film), and three separate locations that can all constitute achieving the goal of finding a way up. In fact, when I first wrote this it only had two ways up, but after repeated play I added a third just to drive that aspect home.

The interesting thing is that this dungeon is mostly full of seemingly random stuff that hints at some connection but is usually not obvious to the players. There are three major themed areas — windy caves with large monsters, pools with aquatic denizens, and a worked area full of undead. This adds to the sense that something interesting and/or weird is going on, but the players usually can’t figure it out. Nor do they seem to care, they’re happy to explore and fight monsters, but eventually as time ticks past they start to get anxious about discovering their goal.

And that’s where this dungeon pays off — I have yet to have a case where the game didn’t reach some kind of satisfying ending. In this most recent run the players found one of the ways up (the magic reverse-gravity chute), but got nervous and backed off. I was starting to worry they wouldn’t reach a conclusion when with 15 minutes left on the clock they approached the door to the lich’s chambers. They’re actually the first group to go back to that area for me. Also coincidentally I think they’re the first group to entirely skip the area with the purple worm.

So there I am, trying to figure out if I can cram a fight with a lich into 15 minutes, and one of the players knocks on the door. OK, I guess a little roleplay might be cool, I put on my best lich voice and demand “Who is there?!” The mage casts read minds, and discovers something truly powerful and evil is behind the door, so of course in they go, but again instead of fighting they decide to have a chat with the lich.

I have to make up all kinds of stuff at this point — what does the lich want? Did Gwey come this way, and if so how did he get by the lich? Eventually this leads to the highest level magic-user in the group pledging himself to become the lich’s pupil and learn the secrets to everlasting life. “What of your minions?” the lich asks, “They will die all too soon anyway, let us simply kill them now.” “No,” my player answers, “let me send them to the surface to find that pesky human that snuck past you not long ago.” The lich agrees, and directs the players to the stairs up (which at this point for the sake of time I abbreviated to be in the very next room), and thus we end, with one player sacrificing himself to be in service to a lich and perhaps become one himself some day, so the rest of the party can make it to the surface.

It was an incredibly satisfying ending, and we didn’t even have to run a combat. Who knows, maybe that clever magic-user would one day find a means of killing the lich and returning to his friends. Maybe his friends will find Gwey and they’ll return through the caves to rescue him. Or maybe they all die horrible and exciting deaths.